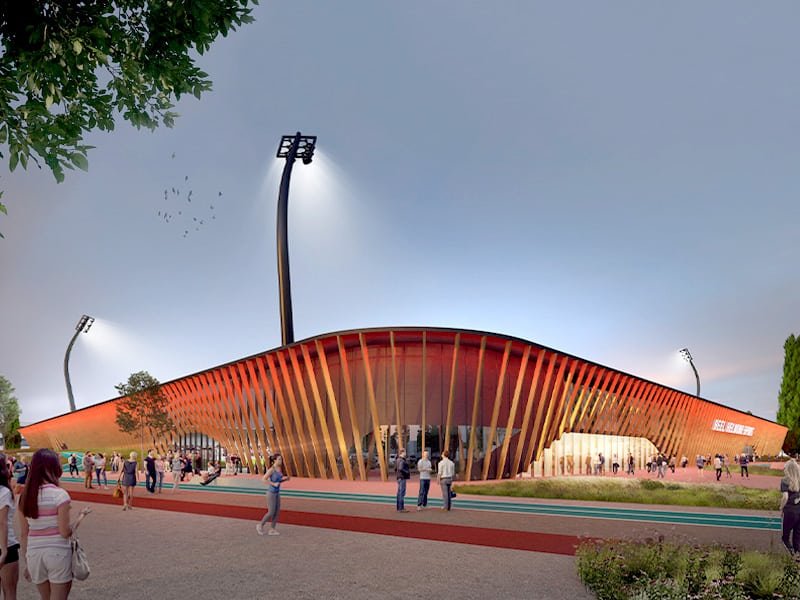 The stadium plans for the professional association football club based in Netherlands – Helmond Sport – is back into the reckoning. Plans for the arena – Sportpark De Braak – were very hazy for a while but now it is back on track. Major design changes have been made in order to make the plan viable once more.

Helmond Sport is a professional association football club based in the town of Helmond, North Brabant, Netherlands, that competes in the Eerste Divisie, the second tier of the Dutch football league system.

Stadion De Braak is a multiuse stadium in Helmond, Netherlands. It is currently used mostly for football matches and is the home facility of Helmond Sport. The stadium is able to hold 4,500 people and was built in 1967.

Much progress on the ground level has not happened on the new venue plans. The sod-cutting ceremony was expected to take place in 2020 but that will not happen now. However, the stadium plans will surely come to fruition in 2024, as some major decisions have been taken in this regard.

Back in February this year, Helmond Sport pointed out that enough floor space was not available to make the development workable and this led to major design changes. There was also a significant cost overrun for the City Council, which was expected to inject €25 million and has to deal with a €6.4m increase.

Apart from budget change, the issue of the State providing capital infusion came to the fore. As per a report given by the British multinational professional services network Deloitte, the fund injection on the part of the State was expected beyond limits of what is allowed legally (particularly in terms of the current stadium’s valuation). All of this happened in early 2020 when the pandemic just struck the world.

Since then, the Helmond Sport club board has got restructured and so has the design of the planned facility. The stadium will now sport an eye-catching façade and in place of eight small floodlight masts, four tall ones will come up. Both stands behind the goals have been removed in order to limit cost overruns.

The capacity of the arena has come down from 4,500 to 3,600. However, the reduction in capacity does not translate to the fact that more seats cannot be added behind the goals in the future and also leaves room for further expansion of the facility. However, for all of this design changes to move forward, further nods at various levels is still required.

Nevertheless, Helmond Sport will still flaunt a new stadium at De Braak sports and education campus. Recently, the City Council gave the green light to an amended proposal which involves a lot of community money.

The community in which the new facility will sit was initially furious with the City Council when it became clear that 1.25 million euros in community money would flow towards the construction of the new venue of Helmond Sport. It was the only way out for the football club to look forward to a stable future. The City Council faced a lot of flak and everybody expressed reservations over the whole idea of using community money to build the arena.

The preliminary design of the planned arena did not go down well with Helmond Sport in May this year and the club cited spatial issues which they said would come in the way of running the venue smoothly. Negotiations as regards the stadium design and finances started afresh and the club now has the full support of the municipality. After all, the municipality is putting in more than 30 million euros into the whole project.

The new planned home for Helmond Sport – Sportpark De Braak – is expected to be delivered within the current location on which it sits – De Braak in Amstelveen (Netherlands). This time it will be conjoined with secondary functions to cater to varying needs. In total, a floor space of 11,000 m2 is expected to be made available.

Both long sides of the facility will house the non-football uses. The West side is expected to comprise educational facilities, aside from Helmond Sport’s offices. The opposite straight part would see a sports hall attached, along with gyms and physiotherapy facilities. Two local amateur football teams would also benefit from the floor space.

The entire development has been planned with focus on pedestrians and cyclists so that they get lot of space to roam about. The East stand will have a green plinth accessible to all and sundry. Significant portion of the roof will be covered with grass to provide natural insulation and absorb rainwater, while protecting the complex from overheating.

« Previous News: Fans back with gusto in Premier League games
» Next News: FIFA Club World Cup™ in Japan, not China 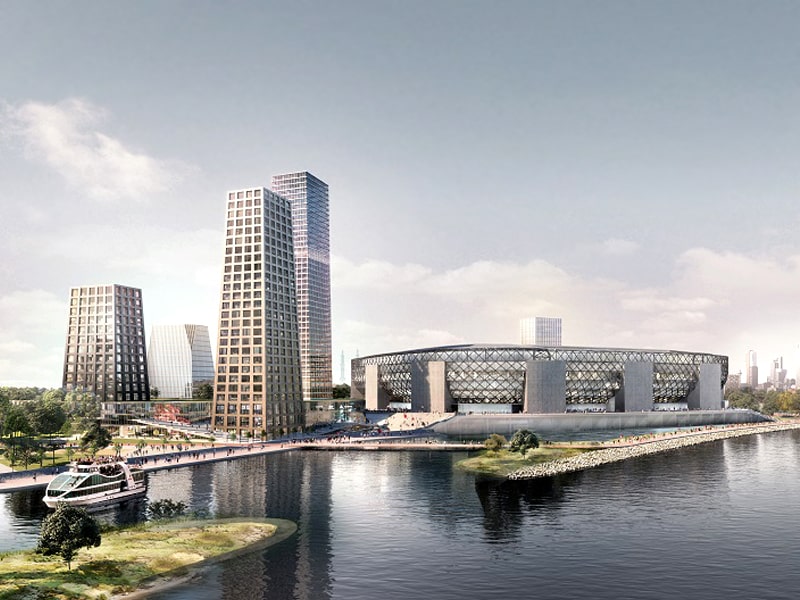 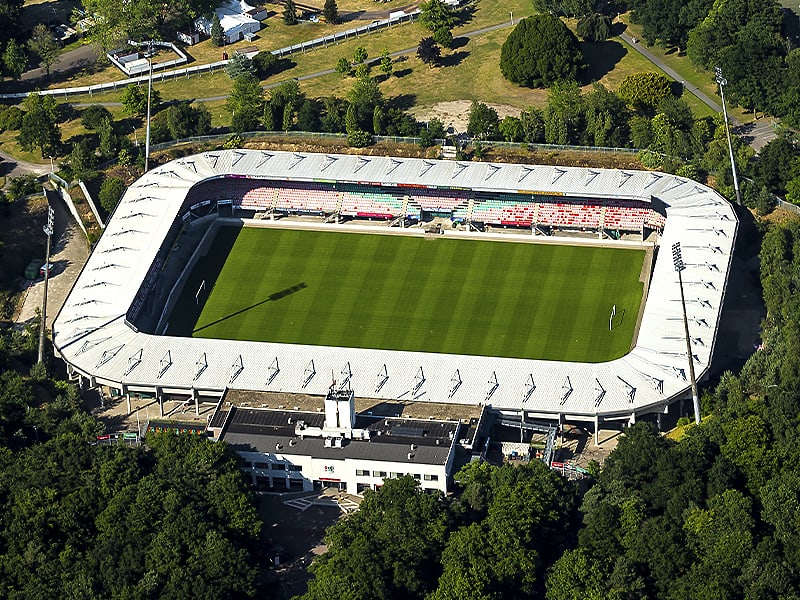 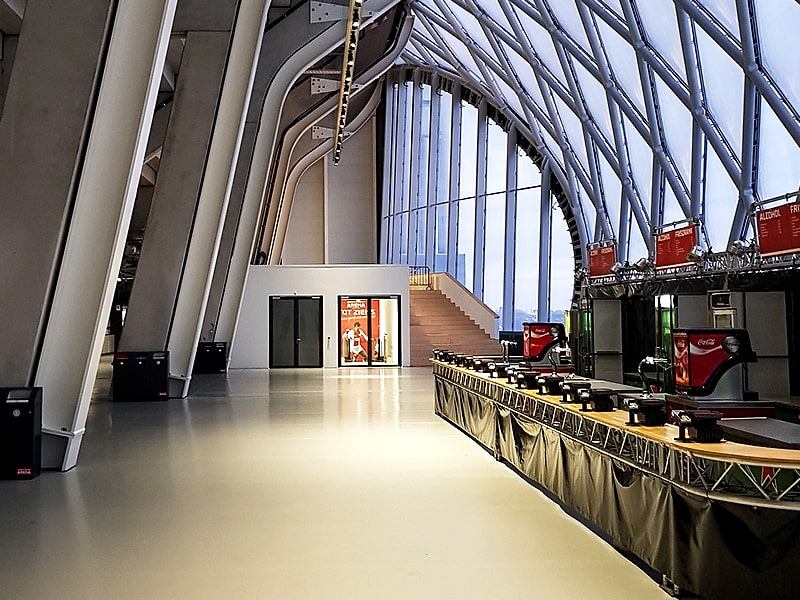