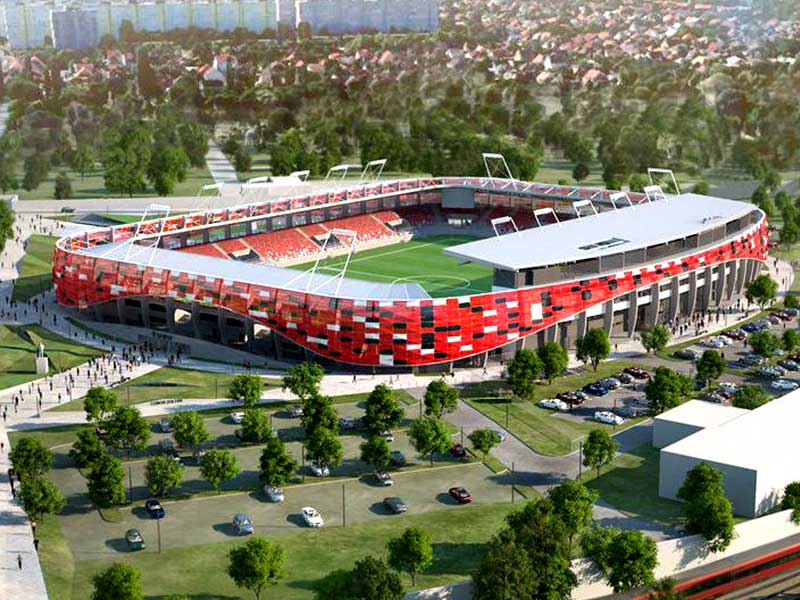 There appears to be a race among Budapest-based football clubs to get new stadiums. After Ferencváros and MTK, Honvéd will be the latest club based in the Hungarian capital to set its eyes on a brand new stadium, according to media reports.

Honvéd will start to build its new football stadium in 2019, owner George F. Hemingway had told Digi Sport television earlier last year. This was to break the stigma of not having a new or renovated stadium despite playing in the top flight, he had stressed.

In December, Honvéd signed the contract for the New Bozsik Stadium with a seating capacity of 8,200 seats. The project will be financed by the state, with the club covering about 30% of the extra costs which were not listed in the original plan, Hemingway told the media.

The deal worth 11.8 billion Hungarian forint (about $42 million) was won by a joint venture of Pharos 95 and West Hungaria Bau. According to media reports, groundbreaking should take place early into 2019 so that the new UEFA Category 4 stadium, with a footprint of 10,000 sqm and overall surface of 70,000 sqm, is delivered by the end of 2020.

According to reports, the stadium will be joined by 438 parking spaces and will have a special elevated access platform for away supporters. In total some 1,300 reinforced concrete prefabricates are expected to be used along with 670 tons of structural steel and 2,700 cubic meters of concrete.