Budapest plans yet another stadium 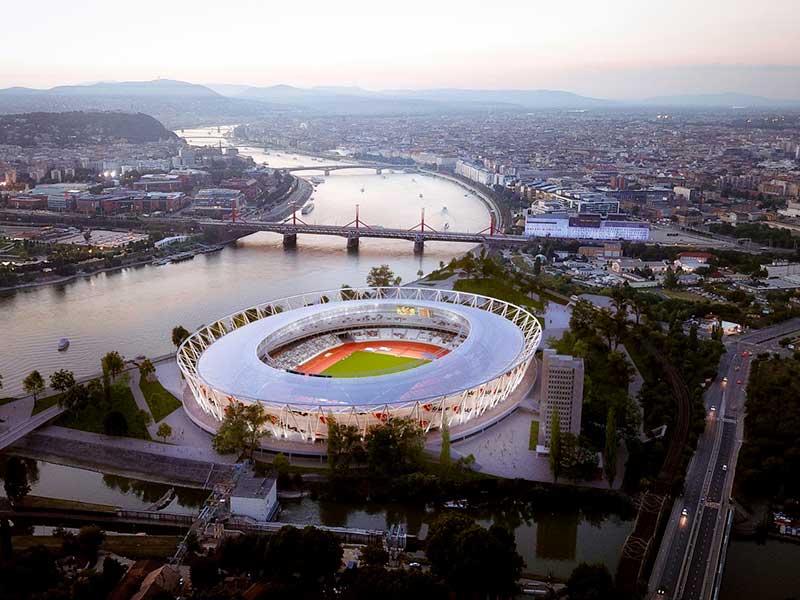 Budapest is planning yet another new stadium. The latest athletic center to be built in the Hungarian capital will be on a 15-hectare area along the Kvassay locks, according to a Hungary Today report. The center will be built within the framework of the Ferenc Kemeny Sports Facility Development program.

The new sports center will cost around €15 million which will be financed by the Hungarian state, napi.hu reported. Napur Architect Kft which designed the Duna Arena, won the tender in October 2017 to design the new center. The land was purchased for €52.7 million from Wing Zrt. with the intention to host the 2024 Olympics but was later rejected.

The venue which will mostly be used for domestic and international tournaments will accommodate up to 15,000 people expandable to 55,000 for major events.

According to Balazs Furjes, Government Commisioner for Major Budapest Developments, the new stadium is needed as there is a lack of athletic training and competition opportunities in the capital. He also declared that it is a coincidence that the same architecture firm that designed Duna Arena won the tender. It was supposedly an open and anonymous competition where the winner was revealed after the announcement of the results says Furjes.

With the plans for the new athletic center in tow, the reconstruction of Puskas Ferenc Stadium is also scheduled to be completed in 2019.

The string of stadium construction by the Hungarian government has been under criticism from opposition parties for some time now with the Guardian describing as PM Orban’s “reckless football obsession”.

The construction costs on the new Puskas stadium budgeted at €112 million in 2011 increased to €610 million in 2018 with the opposition implying that it will be among the most expensive stadiums in Western Europe based on costs in relation to capacity.