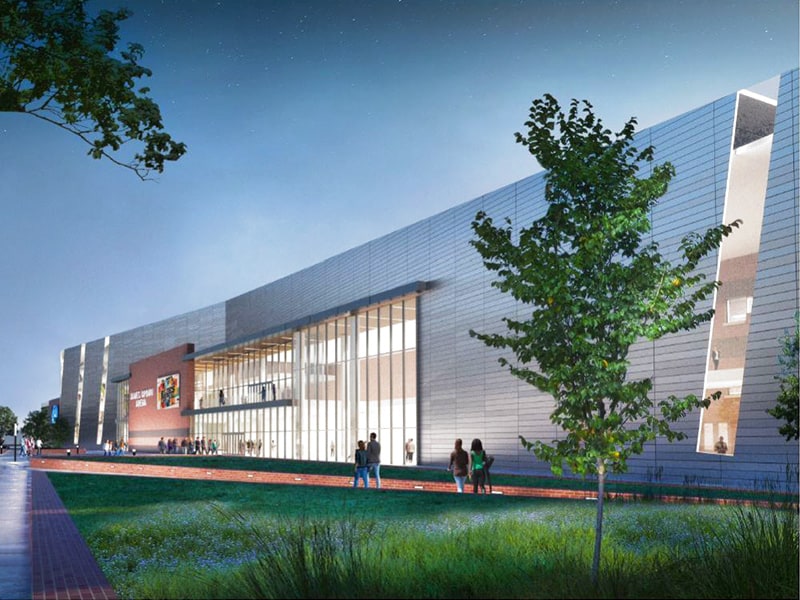 Plans were unbolted recently by project architects and planners as regards James Brown Arena in US – a $228 million complex which will be able to accommodate more than 10,000 spectators with a large wing connecting it to Bell Auditorium which is located in downtown Augusta in US, and offers a proscenium stage and 10 dressing rooms.

The present James Brown Arena is a multipurpose complex located in Augusta, Georgia, in US. It is managed by Spectra Experiences. It features an 8,000-seat arena, renamed the James Brown Arena, in honor of musician James Brown on August 22, 2006.

Since January, a team led by HB Brantley of Atlanta-based Russell SPACE Venues (a development entity specifically focusing on sports) has conducted a detailed market analysis, design as well as traffic study to create a new arena in lieu of the 40-year-old James Brown Arena mentioned above.

Rob Hunden of Hunden Strategic Partners, which completed the market analysis, said that since 1980 the market has quadrupled in size, yet because of its size and age the current arena “can’t compete anymore” with other venues. Most of its 150,000 annual users are those attending graduations, he observed.

Mike Harvey of Perkins Will Architects informed that as far as the design was concerned, the same has been inspired by diagonals, such as a rising string of music notes, a golf swing and American singer-songwriter James Brown, who rarely held his microphone stand upright.

The 100-foot-tall arena, capped with a pentagonal dome, would share a new wing with Bell Auditorium. The wing would comprise shared office, commissary and other spaces, saving on costs, as per project documents.

The projected expenditures stand at $170.5 million for demolition and construction, $15.3 million for site work and $30 million in soft costs. Adding an 18,500-square-foot ballroom would add $16.7 million, a parking deck $18.5 million and an arena ice system $4 million.

Augusta Commission members, who are being asked to put $25 million in the Special Purpose Local Option Sales Tax 8 package, said they were “pretty impressed” by the presentation.

“I thought the presentation was excellent. It creates a lot of excitement and synergy. The firm that was contracted to do the arena did their due diligence, their market study, they put everything in place, including the parking aspect of it,” Commissioner John Clarke said.

Commissioner Sammie Sias said during the presentation that the parking deck should be constructed next to the arena, although the planners stated that the parking angle would be taken up later, when precise parking needs are determined.

“I think adequate parking will be in the first phase, with a shuttle service and rideshare and everything,” Clarke added.

Commissioner Dennis Williams remarked, “The design was really fantastic. It presented that ‘wow’ factor my colleagues are always asking for. It’s an opportunity to blend the Bell into the arena.”

Williams suggested that rather than include $25 million in the new sales tax, the Augusta-Richmond County Coliseum Authority should go in for issuing bonds for the entire amount.

“I don’t see a reason why not to go ahead and buy bonds for the whole project and be done with it,” he stated.

Commissioner-elect Catherine Smith McKnight said she supported the project – “I’m very impressed and I’m 100 percent behind it. That civic center has been there since I was four years old. It’s time, and I think it will help all the businesses and hotels downtown. If we don’t do this, we won’t get another opportunity. I know this is what Augusta needs.”