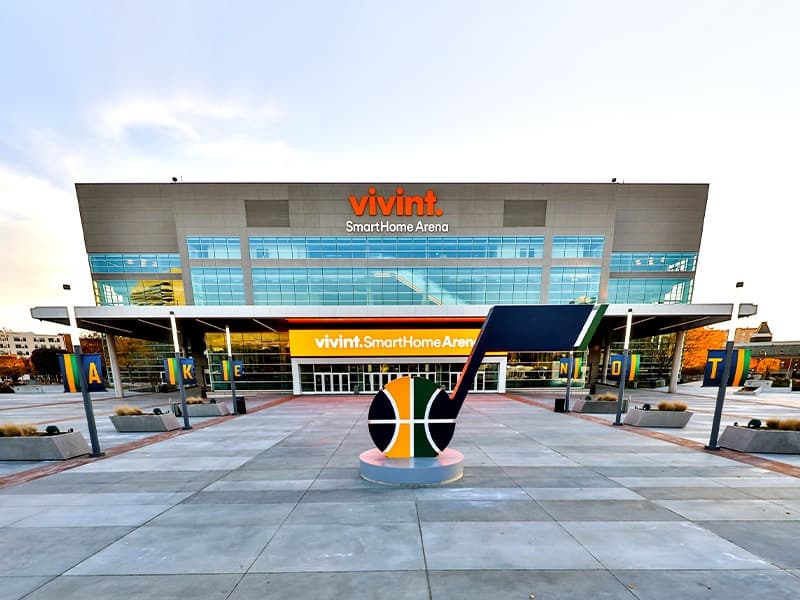 The American professional basketball team Utah Jazz is to be sold to Ryan Smith, the co-founder of Utah-based tech business management firm Qualtrics, in a deal that will also include the team’s Vivint Smart Home Arena in Utah, US.

The Utah Jazz is an American professional basketball team based in Salt Lake City. The Jazz compete in the National Basketball Association (NBA) as a member of the league’s Western Conference, Northwest Division. Since 2015, the team has played its home games at Vivint Smart Home Arena.

Gail Miller, Owner and Chair of LMH Group, and the Miller family announced recently that they have entered into definitive agreements to sell their majority interest in the Jazz to Smith.

Apart from the NBA basketball franchise Utah Jazz and their home ground Vivint Smart Home Arena, the deal will include NBA G League team Salt Lake City Stars and management of Triple-A baseball affiliate Salt Lake Bees. Financial terms of the deal have not been revealed but media reports stated that the agreement will be worth $1.66bn (£1.28bn/€1.42bn).

Qualtrics has served as the Jazz’s jersey sponsor since the start of the 2017-18 seasons and has used the collaboration to demonstrate its ‘5 for The Fight’ cancer research charity. The charity has raised over $25m since the agreement was reached.

Stated Gail Miller, “I have known Ryan for several years and admire the values by which he and his wife Ashley live their lives. They have such love for and a connection to Utah and this team. Because of our friendship and several

high-level conversations over the years, Ryan recently approached our organization to inquire about the possibility of purchasing the Utah Jazz and some of our other sports and entertainment properties.”

Miller added, “After much soul-searching, lengthy discussions and extensive evaluations of our long-term goals, my family and I decided this was the right time to pass our responsibility and cherished stewardship of 35 years to Ryan and Ashley, who share our values and are committed to keeping the team in Utah. We have every confidence they will continue the work we have undertaken and move the team to the next level. Our family remains invested in the success of the Utah Jazz and these businesses, and we will retain a minority interest.”

Once the deal formalities is completed, Smith will take on the role of NBA Governor of the Jazz and its affiliates, and he will have the final say in all business and basketball operations related to the team. Smith sold Qualtrics to tech giant SAP last year in a deal worth $8bn.