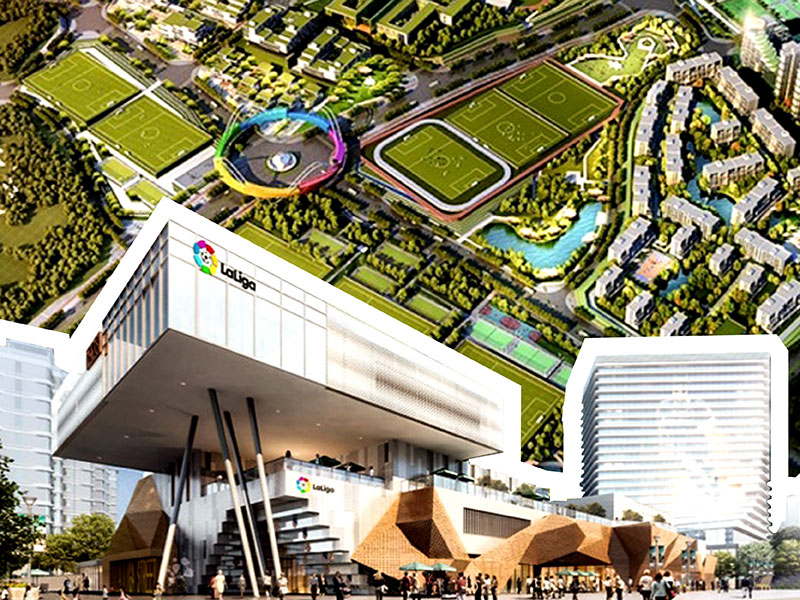 LaLiga, the organizing body of the top two divisions of Spanish club football, has signed an agreement with China Sports Futurity Investment (CSFI) that will lead to the development of its first permanent academy in China, along with the formation of a youth tournament, according to a SportsBusiness report.

The 10-year agreement, which also involves the governments of the city of Kunming and the county-city of Anning, will see the academy located in Anning. It is expected to start operations in the second half of 2021, the report stated.

The academy will be part of a wider project that will include schools, sports training camps, a specialized medical center and a football museum, all aimed at promoting the culture and development of football in the region. This will involve a total investment of more than €500m ($559.2m), €40m of which will be spent on LaLiga Football Academy Kunming, SportsBusiness reported.

In addition to the projects presented in Madrid, the commitment involves LaLiga bringing top-tier clubs to China, hosting LaLiga Legends matches in the country and promoting exchanges between academies of both countries, it stated.

LaLiga has also unveiled the Hope Cup, a youth tournament which will see its first edition held this summer. In its inaugural edition, U-16 sides from Barcelona, Sevilla, Espanyol, Alaves, Valencia and Atletico de Madrid will be joined by six yet to be determined Chinese clubs.

“This project is a big step forward in LaLiga’s strategy in China and shows our commitment to the development of football in the country at all levels,” Javier Tebas, president of LaLiga, said. “For years we have been collaborating with Chinese football, its clubs, institutions and academies. The new centre in Kunming and the tournament that we’re unveiling are other examples of this partnership, which are tangible proof of the progress of this collaboration.”

Tebas’ counterpart at CSFI, Wang Jianguang, added: “The academy, along with the other facilities, will serve to boost participation in football in the region and improve the quality of the game. It’ll also put the county-city of Anning and the city of Kunming at the forefront of football youth development in China.”