Mammoth stadium coming up in Cambodia 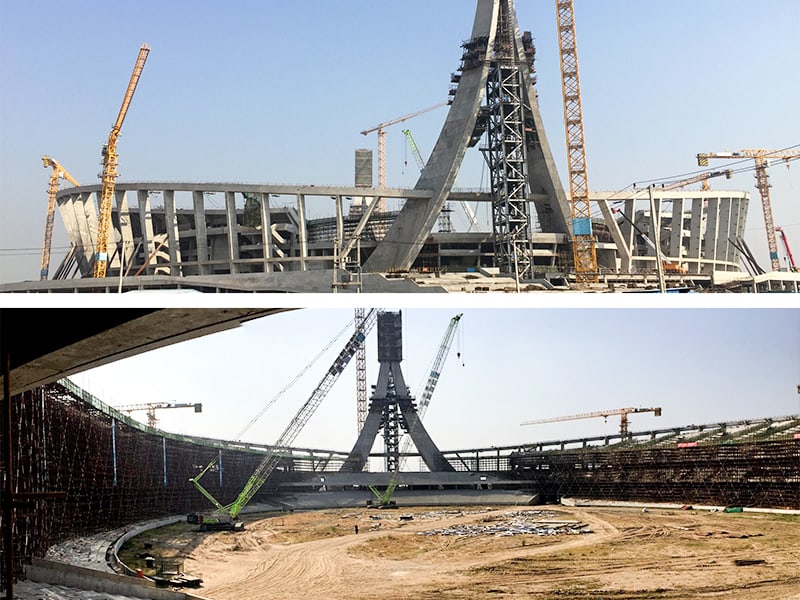 The new stadium at Phnom Penh in Cambodia – the Morodok Techo National Stadium – is almost 80 percent complete. Irrespective of the COVID-19 situation, the venue should be delivered as per schedule and will be one of Asia’s largest stadia.

The stadium is under construction for over three years and is being projected as one of the biggest sports project of Cambodia. Launched in April 2017, 80 percent work of the facility was completed in April this year, as confirmed by Vat Chamroeun, Secretary General of the National Olympic Committee of Cambodia. This means a third of the project was completed within a year, as the 50 percent mark was reached back in May 2019.

As per the scheme of things, the stadium should be handed over by December 31 this year. Special safety protocols are in place at the construction site as coronavirus continues to claim lives the world over.

Recent months have seen all of the main concrete works delivered, including both the prefabricated rows of seating and monolithic pylons. The roof work is underway at present and once that is over, installation work of 75,000 seats will begin.

The stadium famously features the two end pylons, each rising 99 meters above the ground. As is common in road bridges these days, both pylons support the roof through steel cable connections. The canopy is expected to hover roughly 40 meters above field level. The pylons are supposed to resemble the prows of a boat, in keeping with and complementing Cambodian sailing and fishing traditions.

Though the Phnom Penh project is taking quite some time, but the people associated with the development do not have tight deadlines looming over them. Roughly, 600 people are employed on site, and most of the workers are Chinese. Chinese workers on site is said to be part of China’s ‘stadium diplomacy’, which also goes on to demonstrate the supposed bonhomie between Cambodia and China. The arena has been designed, built and financed entirely by China, to the tune of CNY 1.1 billion (currently $155m).

The main stadium will not only be able to stage the Olympics but it is also being planned as the main venue for the 2023 Southeast Asian Games. The stadium which spreads over 85 hectare of land will also offer a 15,000-seat indoor arena and covered natatorium.

Cambodia’s new national stadium is coming up in the northern outskirt of Prek Pnov, Phnom Penh. This is where the metropolis has been growing in recent years. This is also where the national sports complex with indoor natatorium, training stadium, tennis courts and other amenities is going to sit.

Though it will boast capacity of 75,000, the main stadium will, however, accommodate up to 60,000 people. Its design will be akin to a traditional Chinese boat, which has a double meaning. First, it would stand between the rivers Tonle Sap and Mekong. And secondly, it comes as part of Chinese ‘stadium diplomacy’, so the resemblance is to symbolize friendship between the two countries. The concept was selected out of five bids by Prime Minister Hun Sen himself.

The light roof structure will be supported by two tall masts at each end. These show significant similarity to the Yellow Dragon Stadium in Hangzhou (China), but are much lighter and dynamic. With or without them, the new Cambodian stadium will be much larger than the present one in downtown Phnom Penh.

The project will cost $100 million (or such is the grant by Chinese authorities) and is being entirely financed by China. As is the case in most such deals, design and construction is also being carried out by Chinese companies.

Thanks to the spiffy infrastructure, Cambodia will be able to host the 2023 Southeast Asian Games for the first time in history. 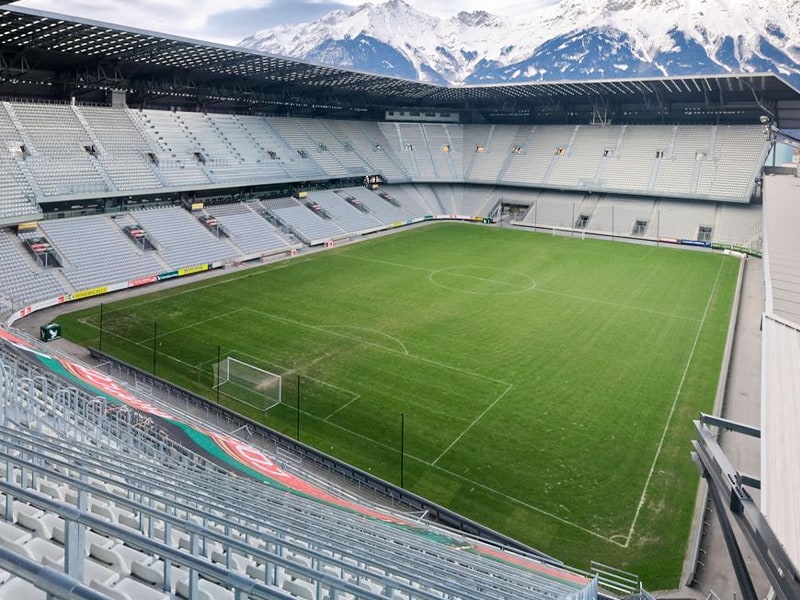