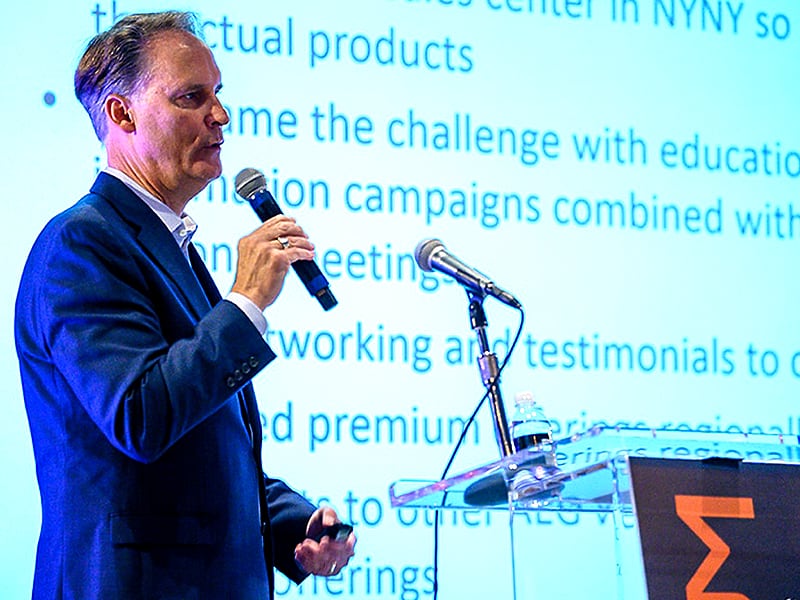 Mark Faber was named General Manager (GM) of Texas Motor Speedway (US) recently after the promotion of Rob Ramage from Track GM to a Senior Vice-President role for Speedway Motorsports.

‘NBC Sports’ stated that Ramage was named Vice-President of Government Relations and Deputy Counsel for Speedway Motorsports, which owns and operates the Texas Motor Speedway and other National Association for Stock Car Auto Racing (NASCAR) tracks. He had been in a similar role at Texas since 2013 before becoming the track’s General Manager last August after the departure of Eddie Gossage.

The Texas Motor Speedway is a speedway located in the Northernmost portion of the US City of Fort Worth, Texas – the portion located in Denton County, Texas. The reconfigured track measures 1.500 mi with banked 20° in turns 1 and 2 and banked 24° in turns 3 and 4.

With a seating capacity of 159,585 and an infield area with a capacity of approximately 53,000 people, the Texas Motor Speedway can easily host over 200,000 guests for a single event.

Maintained Marcus Smith, Speedway Motorsports President and Chief Executive Officer (CEO), “Now with a year of experience as a speedway General Manager, Rob understands even more about building the community and fan relationships necessary for our success. In his new role, Rob will not only invest his energy and enthusiasm in what we are doing in the Dallas-Fort Worth and Austin markets, but also lend his Government-relations expertise and legal support to our sports entertainment executives and venues nationwide.”

‘NBC Sports’ further stated that Faber will join the Texas Motor Speedway after serving as the Senior Vice-President of Global Partnerships at the 20,000-capacity T-Mobile Arena in Las Vegas. He spent the last 17 years with AEG, one of the world’s leading sports and live entertainment companies. He was in Las Vegas since 2014 after working for the company in Kansas City from 2005-2013. His more than 30 years in the sports industry also includes positions with the Orange Bowl (annual American college football bowl game) and the National Football League (NFL) team Dallas Cowboys. He also worked with Host Communications, Galles Indy Racing and PSP Sports.

Mark Faber was one of the speakers at the US Coliseum Summit held in Las Vegas, Nevada, on April 19th-20th, 2017.

Faber consulted on sponsorships and premium seating renovations for the 101,500-capacity Daytona International Speedway in Daytona Beach, Florida, and the 42,000-capacity Phoenix Raceway in Arizona.

Added Smith, “Mark brings more than 30 years of experience in the sports and entertainment industries to Speedway Motorsports. The Texas Motor Speedway has been hosting major races, concerts and special events for more than 25 years. With Mark’s expertise in corporate sales, fan engagement and event management at premier facilities, we are well-positioned for The Great American Speedway to move into its next quarter-century. We welcome Mark back to Texas and to the Speedway Motorsports family, and we look forward to his leadership as our team works together toward the Autotrader EchoPark Automotive 500 NASCAR Playoff race at the Texas Motor Speedway in October.”

Gossage, the old-school promoter and showman, stepped down last year from the track that he had overseen since its groundbreaking about 20 miles North of downtown Fort Worth in 1995, two years before the first race. Gossage worked for Speedway Motorsports for 32 years overall.