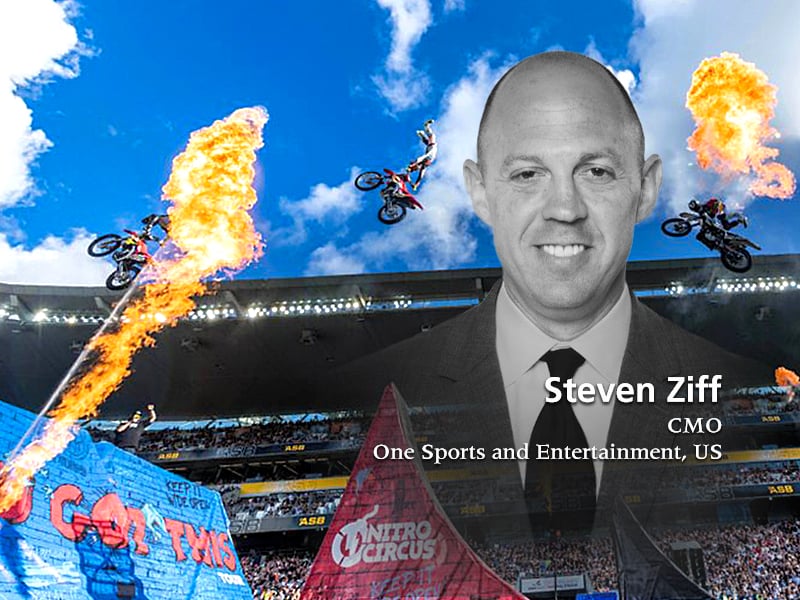 Image: One Sports and Entertainment

‘SHOPeatSURF’ stated that Ziff will be in charge of Thrill One’s traditional marketing and communications functions as well as overseeing touring, consumer products and athlete development. He will report to the head honcho of the sports organization, Joe Carr, and will be based out of Thrill One’s new headquarters in Costa Mesa, California (US).

Ziff will join Thrill One fold from the National Football League (NFL) team Los Angeles Chargers camp where he has served as the Senior Vice-President and Chief Marketing Officer since 2019. Ziff has been responsible for the team’s commercial initiatives that include marketing and creative services, ticket sales, business intelligence, content creation and production, fan experience and branded entertainment, digital, broadcasting and merchandising.

‘SHOPeatSURF’ further stated that Ziff also led an acclaimed transformation of the franchise’s branding and helped strengthen the business, driving increased growth in both season ticket and suite sales as the Los Angeles Chargers transitioned to its new Los Angeles residence, the ‘smart and stylish’ SoFi Stadium. The NFL acknowledged his visionary leadership by naming him to its CMO steering committee, the League’s marketing decision-making body.

Stated head honcho Carr, “We are so excited to welcome Steve to Thrill One at such a transformational time for the company. With our increased production slate and the imminent return of live events, we are fortunate to be to adding such a respected and accomplished leader to the team. Thrill One’s audience is our biggest asset and Steve is the ideal executive to drive engagement and accelerate growth across our portfolio of brands. His decision to join Thrill One speaks volumes about the opportunity ahead of us in the world of action sports and thrill-based entertainment.”

Ziff joins the Thrill One fold with nearly 15 years of marketing and brand expertise across sports and entertainment under his belt. Prior to his executive role with the Chargers, Ziff led the creation and development of all commercial marketing, content and production initiatives for the NFL team Washington Football Team as the Senior Vice-President (VP)/CMO.

From 2014 to 2018, Ziff was in the role of Vice-President of Marketing and Digital Media for the NFL team Jacksonville Jaguars and their newly-created entertainment entity, Bold Events. There he led the creation and development of all marketing, digital, creative, experiential, and promotional strategies for NFL Football as well as live stadium and amphitheater events.

Armed with a wealth of experience, Ziff has also held leadership positions in Major League Baseball (MLB) with the San Diego Padres and the National Hockey League (NHL) with the Florida Panthers Hockey Club/Sunrise Sports & Entertainment.

Steven Ziff exulted, “I am thrilled to be joining such a dynamic and exciting company, and look forward to working alongside an extraordinarily-talented management team. Our goal is to continue to create unbelievable content and world-class experiences to engage and entertain a growing, passionate community of millions of action sports fans across the globe.”

Ziff is set to join Thrill One Sports & Entertainment as the company aggrandize both its live event calendar as well as its original programing. Recently, Nitro Rallycross revealed the expansion of its inaugural championship series while last month MTV announced the season two renewal of ‘Deliciousness’, the food-themed spinoff of the Rob Drydek-hosted hit ‘Ridiculousness’ (which is also debuting new episodes).

Thrill One will also deliver the action sports event of the year with Nitro World Games, announcing in February the first wave of international competitors who will battle in Brisbane (Australia) Suncorp Stadium on October 23rd and 24th, 2021. With continued momentum, along with upcoming tour announcements from both its Nitro Circus Live and SLS World Tour properties, Thrill One Sports & Entertainment will further consolidate its position in 2021 as both the biggest platform and most progressive operator in action sports.

Thrill One Sports & Entertainment is a next-generation content company that lives at the nexus of sports, entertainment and lifestyle, combining the resources of Nitro Circus (‘action sport collective’), Street League Skateboarding (SLS) (international competitive series in professional skateboarding), Nitro Rallycross (next generation of motorsports), and Thrill One Media. A multi-media platform founded in 2020, Thrill One is dedicated to creating mindblowing action sports events and original content, fueled by the most daring athletes, talent and brands in thrill-based entertainment.

Thrill One Media is the company’s in-house full-service production company and the world’s largest independent action sports media brand. Thrill One Media has produced the broadcast product for every Nitro World Games since its inception in 2016.