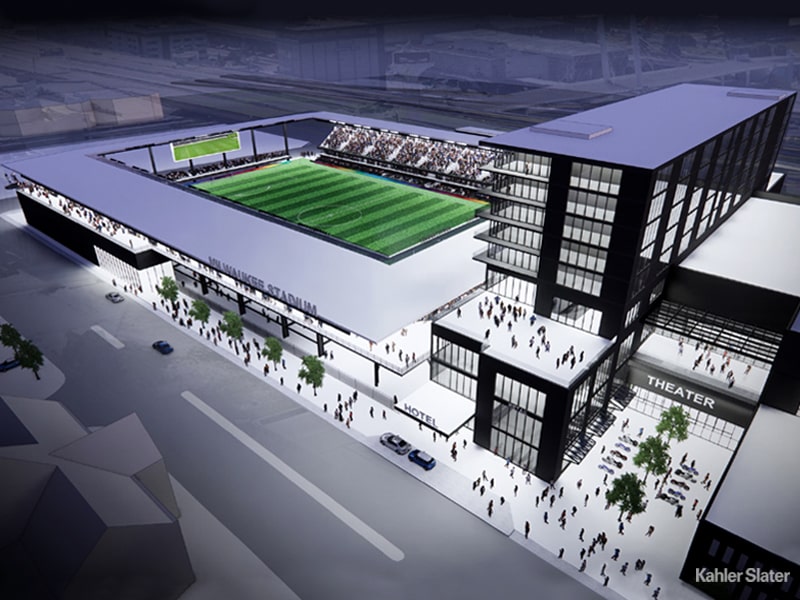 Marquette University in Milwaukee, Wisconsin (US) has sold an 11-acre parcel of land to Bear Development, which plans on building a new sports and entertainment district that will be anchored by an 8,000-seat soccer-specific stadium.

The ‘IAVM’ stated that Bear Development (real estate developers) will serve as the master developer for the project and will work alongside Kacmarcik Enterprises on the plans. The land was purchased by Marquette University in 2014 and 2015 and is located to the Northeast of the Marquette Interchange in downtown Milwaukee.

The Kacmarcik Enterprises is a portfolio of companies in the Industrial, Human Performance and Social Impact and Consumer sectors, all of which are committed to the collective goal of positively impacting a million lives annually.

The ‘IAVM’ further stated that the new stadium will serve as the home of a professional soccer club, with Jim Kacmarcik, owner of Kacmarcik Enterprises, planning on launching a team in the City. The stadium will also be used by the university’s soccer and lacrosse teams.

The wider complex will include an indoor concert venue, a full-service hotel, multifamily residential housing, retail spaces, and food and beverage outlets. It is hoped the development will play a key role in linking Marquette University with downtown Milwaukee, with the district projected to create hundreds of new jobs and draw a million annual visitors.

Developers will demolish a vacant hotel building which currently sits on the site. ‘Marquette Today’, the university’s student newspaper, said that Marquette would have no financial or controlling interests in the sports and entertainment district, and will instead be a lessee in the stadium.

Said Marquette University President, Michael Lovell, “This new development reimagines and promises to bring new life into a highly visible strategic corridor, presenting an exceptional opportunity to connect the Marquette University campus and Westown neighborhood with the Downtown Milwaukee renaissance. The economic revitalization and community pride this multipurpose development will catalyze is something I am proud Marquette can help facilitate through the strategic sale of this important parcel of land. I look forward to cheering on our men’s and women’s lacrosse and soccer teams in their new competition venue.”

More details on Milwaukee’s planned soccer team are set to be released soon. Kacmarcik serves as the lead owner of Forward Madison FC, a United Soccer League (USL) League One franchise based in Madison, Wisconsin.

Added Kacmarcik, “Milwaukee is one of the great sports Cities in the United States, and we are excited to bring professional outdoor soccer to the community.”