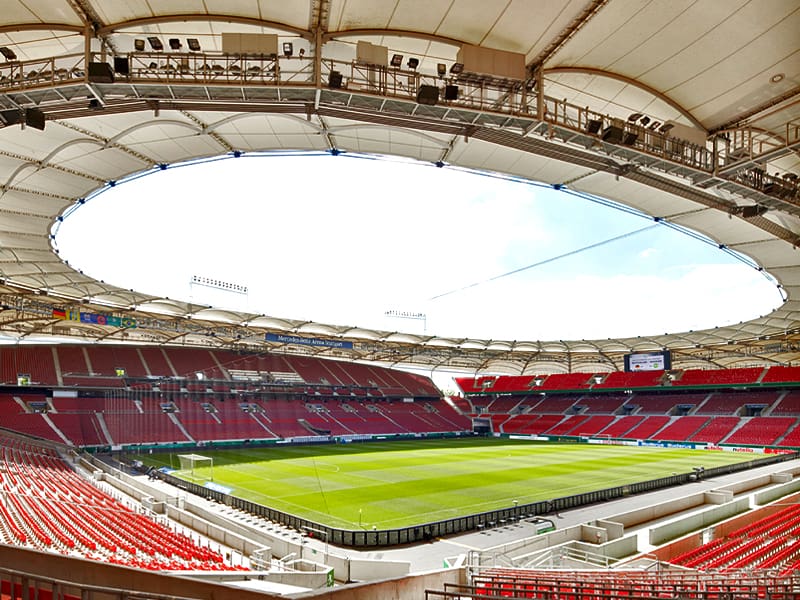 The Mercedes-Benz Arena in Stuttgart, Germany, is a jewel in the crown of Stuttgart and the pride of the entire region. The main grandstand of the stadium – built in 1974 – will undergo EUR 65 million reconfiguration for Euro 2024. The construction work is expected to start in the early part of 2022 and will take about one-and-a-half-year time.

The City has agreed to support the Euro 65 million revamp only because VfB Stuttgart is the tenant of the venue. If the VfB Stuttgart would not have got promoted to first division, then the redecoration work would have been a small-scale affair.

The mega renovation work will progress despite the world getting engulfed in the coronavirus crisis and Germany witnessing fresh rise in COVID-19 cases.

Stated Stuttgart’s Financial Mayor Thomas Fuhrmann, “The administration will study the issue as regards repurposing the stadium and the financing part. The VfB getting promoted to first division was a prerequisite for stadium revamp.”

The renovation measures will include – the lower tier of the main grandstand will be totally torn down and a futuristic look will be lent to it. This also applies to the area under the grandstand – such as changing rooms, function rooms and press areas. Business seats as well as catering and lounge areas will also be spruced up and expanded, and more cutting-edge technology will be introduced and the security set-up will also be upgraded. The top tier will remain as it is.

VfB CEO Thomas Hitzlsperger told mediapersons, “It is important that you don’t just look at the expenses part. The Mercedes-Benz Arena has become increasingly popular as an event location, which suggests that there will be other events in addition to the VfB games in the future. This justifies the revamp work as more events mean additional revenue.”