No Levelling Up Fund for Gateshead project 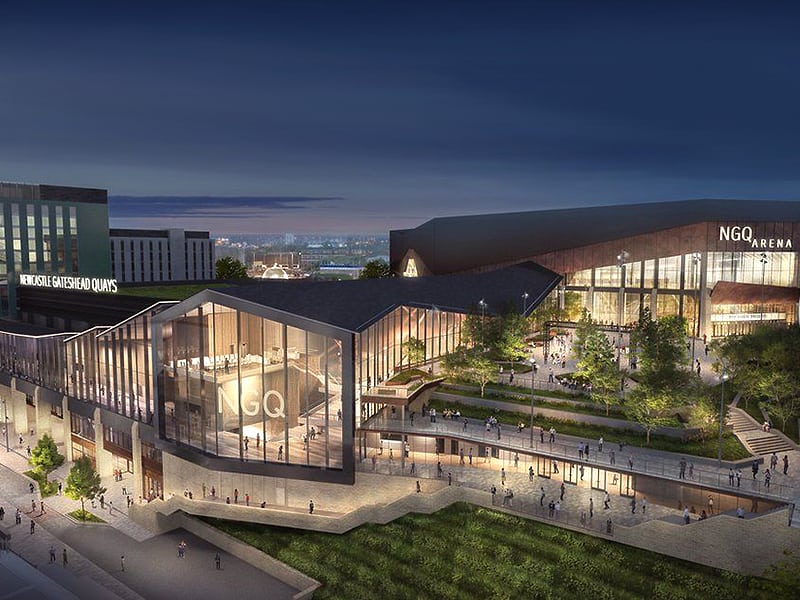 Ministers have decided not to use money from the Levelling Up Fund to help pay for a £260m riverside arena complex on the Gateshead Quays (UK).

The ‘BBC News’ stated that the Gateshead Council had applied for £20m to go towards the complex, which also includes a conference center and hotel.

Gateshead Quays (UK) development, which will encompass a 12,500-capacity arena to be run by ASM Global – a venue and event management company based in Los Angeles, United States, specializing in managing stadiums, convention centers, theaters, and unique venues.

The Quayside is an area along the banks (quay) of the River Tyne in Newcastle upon Tyne (the North Bank) and Gateshead (South Bank) in the North East of England, United Kingdom.

The ‘BBC News’ further stated that without the money, the development – between the Baltic Art Gallery and the Sage Music Centre – is likely to open a year later than planned. The venue is slated to open in 2023.

A grant towards a sporting event on Tyneside in 2026 was also turned down.

The local authority had asked the Government for £20m to cover increased construction costs but was turned down.

He added, “To fail to see the transformational impact of something as comprehensive as that is short-sighted by the Government.”

Five North East projects were approved in the first round of Levelling Up Fund allocations, but a high-profile bid to refurbish the Tyne Bridge and funding to host the 2026 European Championships were not successful.

It was hoped Gateshead and Newcastle could jointly stage the event which combines the European Athletics Championships with other sports including swimming, cycling, gymnastics, rowing, and triathlon.

Gannon said a bid for £25m to host the championships had been turned down – “The European Games 2026 is effectively, without Government support, dead in the water.”

The authority was told the bid was unsuccessful due to “An extremely challenging process, taking into account the significant public expenditure during the pandemic to keep people employed and support a wide range of public services and sectors, including sport.”

A Department for Levelling Up spokesperson noted, “Unsuccessful bidders can submit another bid in the next round and we’ll be working with them to help improve their bids.”