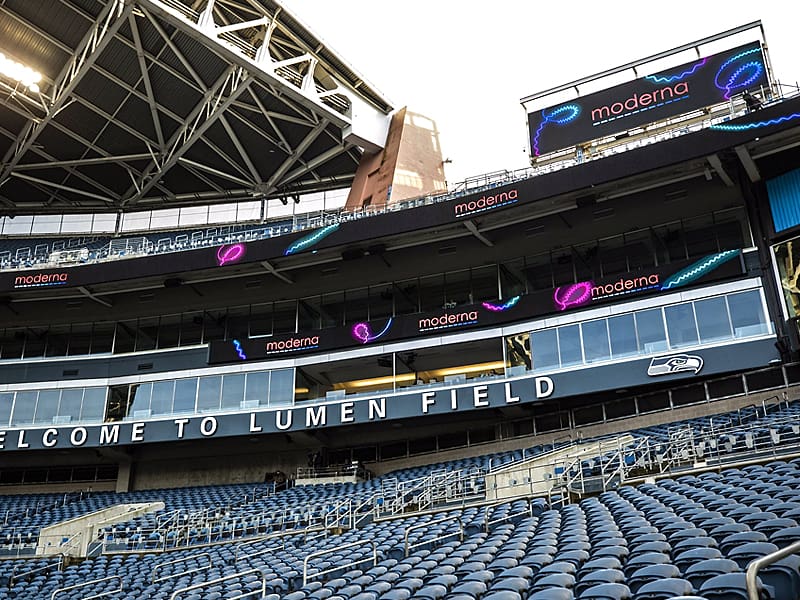 The American professional women’s soccer team OL Reign is returning to Seattle (US). The club announced on December 15th that they signed a multiyear deal to play all home games at the Lumen Field beginning with the 2022 slate.

‘The Seattle Times’ stated that Bill Predmore, the team’s CEO and a minority owner, was joined by a host of dignitaries, including Seattle Mayor-elect Bruce Harrell, outgoing Mayor Jenny Durkan, King County Executive Dow Constantine, and Seattle Sports Commission President Beth Knox, in making the announcement at the stadium.

OL Reign is an American professional women’s soccer team based in Seattle, Washington (US). Founded by Bill and Teresa Predmore in 2012 as Seattle Reign FC, it was one of eight inaugural members of the National Women’s Soccer League.

The 72,000-capacity Lumen Field is a multipurpose stadium in Seattle, Washington, United States. Located in the City’s SoDo neighborhood, it is the home field for the Seattle Seahawks of the National Football League (NFL), the Seattle Sounders FC of Major League Soccer (MLS) and OL Reign of the National Women’s Soccer League.

Predmore told the gathering of newsmen and officials, “We’ve finally, finally, finally achieved (this) goal. Details weren’t disclosed, but cost is in the high six-figure range.”

‘The Seattle Times’ further stated that Predmore and his wife, Teresa, established the Reign as a charter team in the National Women’s Soccer League. In their nine years, ‘The Bold’ has called the 4,500-capacity Starfire Sports in Tukwila (Washington), the 12,000-capacity Memorial Stadium in downtown Seattle and most recently the 6,500-capacity Cheney Stadium in Tacoma (Washington) home. None of the venues adequately showcased the world-class athletes who’ve populated the rosters since the NWSL’s inaugural season in 2013 while also representing their respective countries for Olympic gold medal wins and World Cup championships.

The Major League Soccer (MLS) team Seattle Sounders FC, the Minor League Baseball (MiLB) team Tacoma Rainiers, Metro Parks Tacoma (City Government office), and the City of Tacoma were recently working alongside the Reign to build a soccer-specific facility to accommodate 10,000 seats in Tacoma. The original plan was for the facility to be ready by Spring 2022. Those talks stalled amid the coronavirus pandemic which had the United States in its fatal grip, and in reconvening last summer, the approximate $158 million price tag – which would’ve been divvied among the groups – and timetable for conclusion wasn’t economical for the Reign.

Sounders majority owner Adrian Hanauer alluded to the facility materializing in the future but those close to the discussions said that it has been stalled again. The Reign will still provide housing for players in Tacoma and train at the Bellarmine Preparatory School.

Predmore and OL Groupe, the majority owner of the Reign since 2019, said a move to Lumen Field is a better investment. The facility seats about 68,000 and was built to house the Sounders and the NFL’s Seahawks.

The Sounders held a Cascadia doubleheader in August with the Reign against Portland’s Timbers and Thorns FC, which OL’s French side attended. The event drew an NWSL-record 27,248 to the Reign match. Midfielder Megan Rapinoe scored a brace in the 2-1 win against the Thorns.

Said Reign Chief Operating Officer (COO) Vincent Berthillot, who represents OL Groupe stateside, of the parent company opening Groupama Stadium in Lyon, France in 2016, “This is exactly the path we followed in France to get to success.”

The men’s and women’s OL teams play at the 59,000-seat facility (Groupama Stadium).

Added Berthillot, “Our club drastically changed. We’ve grown our attendance in the stadium. We’ve been able to grow our fan base. The matchday experience for players and fans was vastly improved. We’re not talking about here the same scale of a project, but this move is still a significant investment for Olympique Lyonnais. (The doubleheader) proved those fans are ready to embrace our team and to share in it. That gave us confidence that we will be successful playing here.”

For the move, the Reign agreed to gradually grow attendance. The lower East stadium bowl and Brougham End supporters’ sections will be open, which amounts to approximately 10,000 seats. Club level and suite options are also available.

The NWSL and MLS seasons overlap. The Sounders will open at Lumen Field on February 27th against their peer team Nashville SC. NWSL is in the process of forming its schedule, Berthillot stating another doubleheader with the Sounders is possible.

‘The Bold’ likely will play the day before or day after the Sounders and both have midweek matches. By Fall, both will play around Seahawks games. MLS will conclude its 2022 season with its championship on November 5th to make way for the World Cup tournament in Qatar beginning on November 21st, 2022.

Reign coach Laura Harvey said she sat on the Lumen Field turf hours before the doubleheader’s kickoff because she was uncertain when the team would be back. She was hired in 2012 and has memories of painting over the football lines at Memorial Stadium to prepare for Reign matches.

Although stars such as Rapinoe, midfielder Jess Fishlock, keeper Hope Solo, and defender Lu Barnes were on the team in the first season, Harvey doesn’t believe the Reign should’ve immediately been housed at Lumen Field.

Added Harvey, “The league has made a huge change the last two years. The Challenge Cup in 2020, the COVID year, it was the first sports league to come back and do anything. It really changed the trajectory of the league, honestly, and it changed what it could become. This is just another step.”

OL Reign averaged 5,433 fans during the 2021 season at Cheney. The 6,500-seat facility was built for minor-league baseball and is the home for former USL Championship side Tacoma Defiance.

The largest crowd to see a Reign match at Cheney this season was 5,273 for the NWSL playoff loss against the Washington Spirit in November. The Bold reconfigured the facility to host 7,479 for a World Cup Homecoming match against the Chicago Red Stars in 2019.

Fans weren’t permitted to attend matches in 2020 due to the pandemic.

Tacoma Mayor Victoria Woodards said in a statement, “I’m heartened to see the women of OL Reign gain access to soccer facilities that are on par with those of their male counterparts. While that may have resulted in a change in venue in this case, we will continue to root for their success. We look forward to building on conversations with our partners and exploring opportunities to fully activate Tacoma’s sports amenities.”