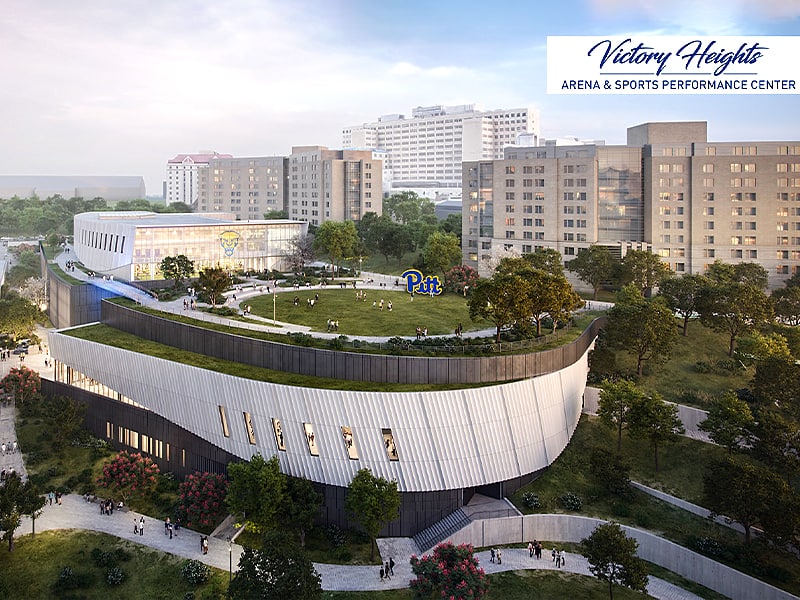 ‘Pitt’ stated that recently the Pitt’s Property and Facilities Committee project officially approved the project, clearing the way for groundbreaking and construction to begin.

Said Heather Lyke, Director of Athletics, University of Pittsburgh, “We are incredibly grateful for the University’s support and commitment to Victory Heights and an ambitious future for Pitt Athletics. The University of Pittsburgh is committed to excellence in every endeavor it undertakes. Victory Heights is the latest example of Pitt’s vision to transform our training and teaching environments to allow our student-athletes to achieve at the highest competitive levels. This is more than an investment in facilities, it’s an investment in our young people and their championship dreams at Pitt.”

‘Pitt’ further stated that in conjunction with the university’s campus masterplan, Victory Heights is a significant transformational opportunity that will immediately boost the trajectory of Pitt Athletics by providing Pitt with unrivaled competition, practice, sports performance, sports medicine and wellness facilities, impacting more than 85 percent of its student-athletes on a daily basis. Victory Heights will provide Pitt’s student-athletes and coaches with the necessary resources to train, recruit, compete, and achieve at the highest levels, while also helping create a more connected, outward-looking and engaged university.

The $240 million project will include:

Groundbreaking is tentatively scheduled for early 2023.

Pitt Athletics is here to build champions and pursue excellence. Continued support of the Victory Heights project is vital to this purpose for each of its 19 varsity intercollegiate athletic programs.