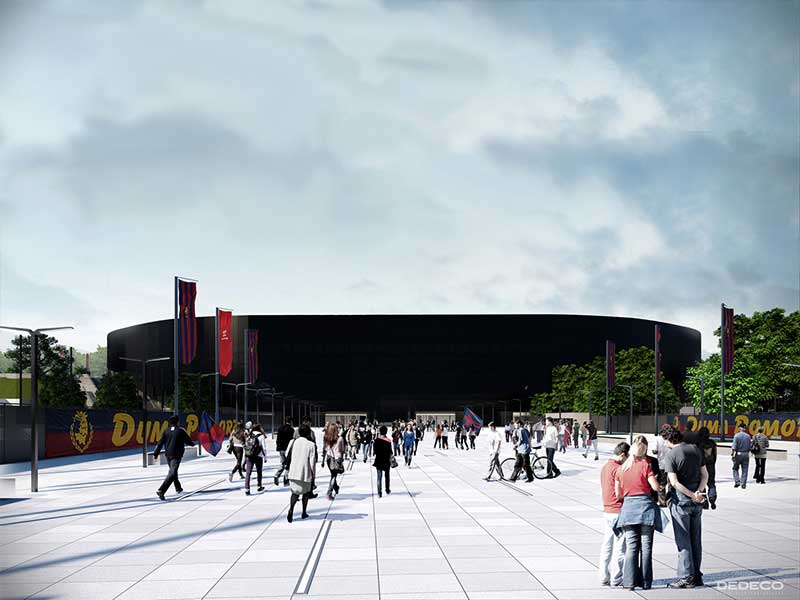 Fans of Polish football club Pogoń Szczecin have been waiting for a new stadium for years. This yearning may soon be fulfilled with the Szczecin City Council recently approving a funding proposal to redevelop the Stadion Florian Krygier, according to local media reports.

The council voted 21-8 in favor of the proposal at the meeting to finalize the city’s 2019 budget. Pogoń is among the few remaining clubs in the Polish top division without a state-of-the-art stadium.

The Przeglad Sportowy website reported that over the next four years, the councilors will allocate PLN 396 million ($105 million) for this project, which will include a 20,000-capacity stadium with four stands and other infrastructures such as pavements, car parks etc. At present, Stadion Florian Krygier has 18,000 seats.

The project will also include a training center for children and youth with six pitches. The new stadium complex will cover an area of 17 hectares, according to the report.

The final contract for the project is expected to be signed by March 17.

The Przeglad Sportowy said that the council had initially assigned PLN 285 for the stadium but had to increase the funds after the lowest bid in a December tender came to around PLN 395 million. After analysing the construction market and documentation gathered from the two tender proceedings, the City applied to the City Council for additional funds for the implementation of the investment.

Jarosław Mroczek, president of Pogoń, said: “Finally, after all these years the stadium becomes a fact. I think that once this stadium complex has been completed, nobody will remember how much it cost and how long we have been waiting for it, and everyone will enjoy this facility.

“The Szczecin fans will not think that they are worse off, because Szczecin, as the only big city in Poland, did not have a decent stadium. Now they will be proud that we have one of the better facilities of this type in the country.”