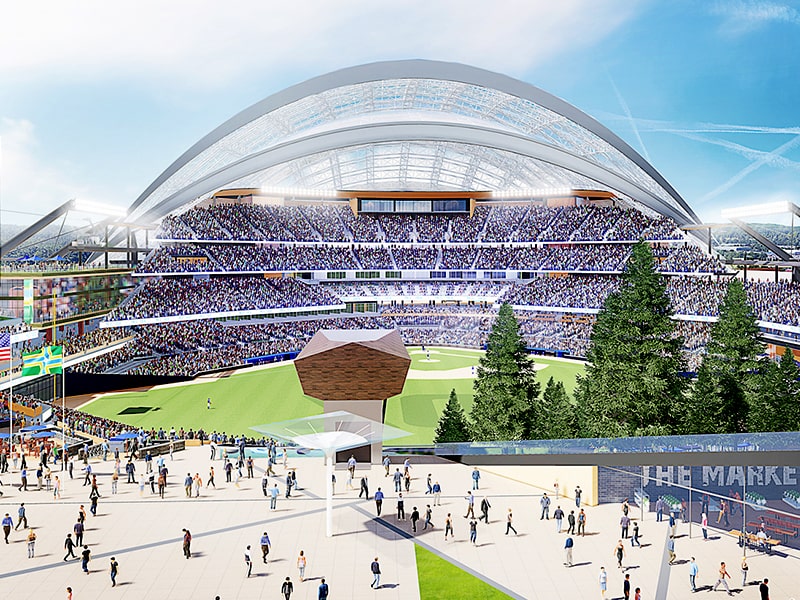 Portland Diamond Project – an organization dedicated to bringing Major League Baseball (MLB) to Portland in US – has again extended its option with the Port of Portland vis-a-vis the Terminal 2 port site.

The group and the Port of Portland have agreed to extend the diligence period for six more months. The Terminal 2 port site has been proposed as the location of a MLB ballpark. The port district Port of Portland – responsible for overseeing Portland International Airport, general aviation, and marine activities in the Portland area – has been entrusted with the task of studying further potential transportation issues “to help better understand the constraints and opportunities related to a future ballpark and mixed-use district at Terminal 2”.

After the initial six-month review period, Portland Diamond Project reached an agreement with the Port of Portland earlier this year to continue due diligence on the site for another six months. Now that the six-month deadline is over, the Portland Diamond Project and the Port have once again struck a deal allowing the baseball group to continue its due diligence for another six months.

“The Portland Diamond Project asked for more time to conduct due diligence at Terminal 2 and we feel comfortable extending the timeline and welcome any information an independent transportation/traffic study might provide,” the Port said in a statement.

As was the case with the first extension, the Portland Diamond Project will pay the Port $37,500 for each month of additional review.

The Port and Portland Diamond Project landed a deal little more than a year back. The spot is located between the Willamette River and railroad tracks, which would make the whole task of gaining access to a waterfront stadium a daunting one.

The 45-acre site sits along Northwest Front Avenue, just north of the Pearl District and Slabtown neighborhoods. The Portland Diamond Project will play a pivotal role in developing the property as per an “agreement in principle” reached a year ago which has been secured by a long-term lease.

The Portland Diamond Project is the driving force behind bringing MLB to Oregon city, with a potential ballpark at the Port of Portland’s Terminal 2 at the center of its pitch. When the idea was floated a year back, it was being promoted as a way to redefine the riverfront site as a hub of activity with the ballpark as the high point which would provide stimulus for new development to take place.

The Oregonian says in a statement, “The group said it plans to do a transportation study to help better understand the constraints and opportunities related to a future ballpark and mixed-use district at Terminal 2.”

The statement further goes as, “No public or private entities have conducted a formal study regarding traffic and transportation options to and from the Terminal 2 area for the purposes of a development this large. As we evaluate the overall feasibility of Terminal 2 as a ballpark site, this is critical information to have.”

In a statement, Port officials said they “feel comfortable extending the timeline and welcome any information an independent transportation/traffic study might provide.”

Portland Diamond Project visualizes a transformational project that could effectively set up a new neighborhood and business district just north of the Fremont Bridge. The group is spearheading the city’s most-organized bid to rope in a big-league team since MLB steered the Montreal Expos to Washington, D.C. in 2002.

Despite enjoying the support of bigwigs like Seattle Seahawks quarterback Russell Wilson and pop singer Ciara, Portland Diamond Project has a Herculean task before it as regards procuring a team and building a stadium. A clear picture has still not emerged as to whether MLB, who is famously not forthcoming about such matters, would seek to expand its 30-team base or encourage franchises to move to stronger markets.

It could also require either an affluent owner or strong public financing support to build an arena the expense of which stands at $700 million, and at least that much in expansion fees (perhaps even $1 billion) or, if the need arises, to purchase an existing team. Portland Diamond Project has told MLB Commissioner Rob Manfred and Portland Mayor Ted Wheeler it is in possession of $1.3 billion as far as the financials go.

Portland Diamond Project has been trying to assess the worth of Terminal 2 as MLB continues to weigh the pros and cons of two franchises – the Oakland A’s and Tampa Bay Rays.

Portland Diamond Project hopes to have the results of the study in the spring. It stated in a statement, “At that point, we look forward to the next phase of our partnership with the Port to build a ballpark and bring Major League Baseball to Portland.”