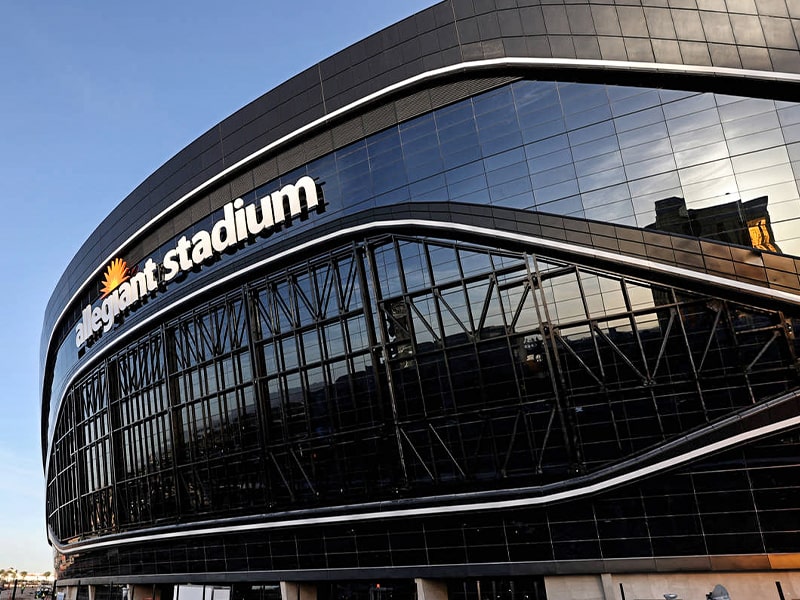 In response to increasing consumer and regulatory pressures for companies to define and measure sustainability metrics, technology company Microsoft is launching a software-as-a-service (SaaS) tool to not only help companies check these boxes, but see them through.

The ‘VentureBeat’ stated that on June 1st, the company launched its Microsoft Cloud for Sustainability. An early customer to utilize the technology, the National Football League’s (NFL’s) Las Vegas Raiders (US) have already put the platform to use for sustainability goals and are seeing promising results. In partnership with Microsoft, the Raiders organization has obtained LEED certification for its stadium and is now working toward achieving LEED Gold.

Software-as-a-service (SaaS) is a software licensing and delivery model in which software is licensed on a subscription basis and is centrally hosted. SaaS is also known as “on-demand software” and Web-based/Web-hosted software.

Using Microsoft Cloud for Sustainability’s technology, engineers working for the Raiders can access the platform and all metrics via an app on their smartphones, because it’s built in the cloud. With the app, the engineers can monitor energy, water and waste metrics and usage and keep track of heating, ventilation and air conditioning (HVAC) electrical usage – which would generally take a lot of energy and time for a pro sports team based in the desert.

And with the Securities and Exchange Commission (SEC) looking to implement new requirements for sustainability reporting, this is something that companies across sectors, regardless of size, have to begin prioritizing.

Said Elisabeth Brinton, Microsoft’s Corporate Vice-President of Sustainability, “If you’re a publicly listed company, the capital markets care about it. The regulators care about it and you’re going to be judged and held accountable for those [reporting] disclosures. Making sure that end-to-end data integrity and quality of your underlying data and then the outputs and the reports is really crucial and our tool can do that. The Sustainability Manager tools and controls give you that clear baseline for emissions across your company’s environmental footprint in an easy-to-use, easy-to-understand format leveraging all the best of Microsoft technology.”

The ‘VentureBeat’ further stated that measuring a company’s carbon impact and sustainability metrics is not a simple task. It requires various integrations, monitoring, and taking all that data and turning it into actionable steps forward.

As Brinton puts it, “Delivering on the outcomes of sustainability monitoring is an entirely other process – one that requires a strong partnership between Microsoft and its customers to execute.”

Microsoft and the Raiders partnered to tailor capabilities of Microsoft Cloud for Sustainability to their project needs and sustainability goals. For instance, Microsoft worked with the team to build custom machine learning technology that enables their engineering and operations teams to better use their sustainability metrics dashboard in the platform. It analyzes weather data and then can adjust for optimum energy efficiency to regulate the temperature within the stadium.

Stated Joe Wright, Chief Engineer at Allegiant Stadium – home of the Raiders, “With the help of Microsoft, we’ve proven that not only is our chiller plant the most efficient plant in this part of the country, but it also is very inexpensive to run. Now we have a lot of supporting evidence of this to showcase that and really, at the end of the day, that’s what we want to do. And with Microsoft and the business intelligence (BI) tools that they built for us, we’re able to capture this data in an appropriate manner and showcase what we’re doing and make sure that people understand that we are doing our part sustainably and making sure that we’re creating not only a sustainable but an efficient facility.”

Companies adopting Microsoft Cloud for Sustainability are getting a tool, but also a partnership.

The SaaS platform is built on four key pillars:

Once a company, like the Raiders adopts the tool, it can work closely with Microsoft to customize parts of the dashboard, implement use of tools like data visualization tools, Internet of Things (IoT) and digital twins for more advanced measuring and simulation capabilities, and more.

Added Brinton, “Part of our purpose is using data Science so that our customers can have the credibility and trust with their customers. Organizations want to do their part. Our Cloud for Sustainability cuts through the noise of polarization and opinion. Microsoft is taking a position to be fact-based, be neutral and be positive and contributing.”

The platform itself is built on top of Azure and pulls together several core Microsoft components from other technologies including practical data visualization tools, elements of Excel, graphic displays from Microsoft software and sustainability drivers underneath. All of these combine and are supported by a first-party IP scalable data lake – which Microsoft added to this offering for acute measurement of both granular data and input data – the lake allows users to drill down and examine insights from a data science perspective and turn it into actionable steps toward sustainability goals. Because it’s all built on Azure, security and scalability features are already there in the platform’s foundation for customers to utilize as they need.

Securing sustainability in the enterprise

Microsoft is doing more than talking, the company has more than a decade of experience transforming itself sustainably and most recently pledged to become carbon negative by 2030. With that as its foundation, companies of any size that adopt Microsoft Cloud for Sustainability are getting a business intelligence platform to guide them, but also experts who have “been there, done that,” which can be particularly helpful for startups or companies that have been around for ages, but have yet to get started on their own sustainability tracks.

Said Brinton, “What separates Microsoft is that we’ve been on a true and genuine sustainability journey for over a decade. And it is complex … Learning from that, we’ve put that knowledge and expertise into our product in the Cloud for Sustainability. It is a combination of software excellence built on the Microsoft stack combined with a decade-long sustainability journey and a commitment going forward. This is not just the fashionable thing of the moment. This is actually built on Science and substance.”

Enterprises and companies of all sizes can take advantage of the tool once it becomes generally available. Brinton said regardless of where a company is at on its sustainability journey, the Cloud for Sustainability can propel its customers further to reach those goals.

She further added, “It doesn’t matter if it’s a huge global enterprise or if it’s a newer company – that I’m sure it’s going to be a unicorn someday – we can help our customers with that sustainability journey.”

Once Microsoft Cloud for Sustainability is released into general availability, the company plans to further refine measurement and reporting capabilities for energy, water and waste metrics and plans to keep its eye on new sustainability regulations and requirements as they come to light, so the platform can continue to meaningfully support customers.