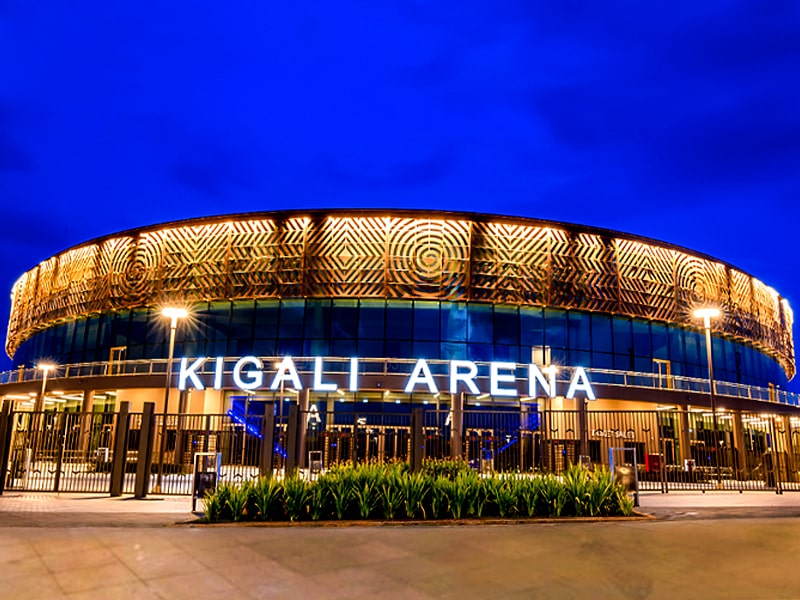 The Kigali Arena (Rwanda) was renamed the BK Arena after the Bank of Kigali bought the franchise for 7 billion Frw over a period of six years.

The ‘IGIHE’ stated that the deal was struck on May 24th, 2022, between the BK Group Plc and QA Venue Solutions Rwanda, the company that has managed to manage the stadium for a period of two years from 2020.

The 10,000-capacity BK Arena is a multipurpose indoor arena in Kigali, Rwanda, used mostly for basketball and volleyball matches. Built and finished in 2019, it hosts sporting events and concerts. It is the biggest indoor arena in East Africa and is located next to the 30,000-capacity Amahoro National Stadium.

BK Group Plc gave away $7 million, or more than 7 billion Frw, to buy the rights.

The BK Group Plc head honcho, Dr. Diane Karusisi, informed that the above deal is expected to bring in a lot of benefits – “The Kigali Arena focuses more on youth-centric activities and we want to reach out to the youth, a similar activity which the BK Group pursues. The youth is the strength of tomorrow’s Rwanda and they will help the country move forward.”

The ‘IGIHE’ further stated that the BK Group will have full access to advertising rights. As the Kigali Arena will now be called the BK Arena, the BK Group will be able to hardsell itself in the form of advertisements all over the arena.

Presently, the BK Arena is hosting the Africa Basketball League (BAL) which runs from May 21st to May 28th, 2022.

The Basketball Africa League is Africa’s premier men’s basketball league. The league consists of 12 teams, each qualified through their domestic competition, similar to the format of the Union of European Football Associations (UEFA) Champions League.