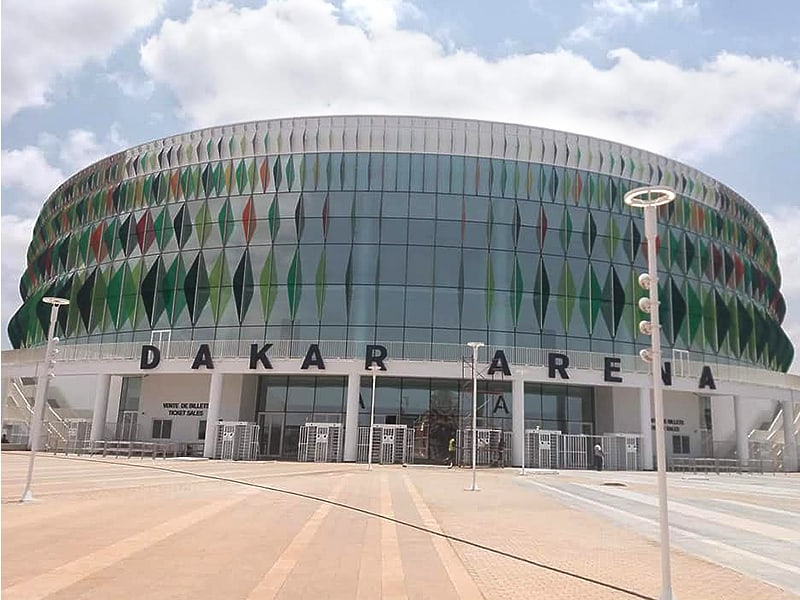 The Basketball Africa League (BAL) announced on December 9th that the league’s second season will tip off on March 5th, 2022 in Dakar, Senegal, and will include stops in Cairo, Egypt and Kigali, Rwanda. The BAL will once again feature the top 12 club teams from 12 African countries and will expand to a total of 38 games taking place in three Cities over three months in 2022.

The ‘African Business’ stated that the second BAL season will include 15 games at the 15,000-capacity Dakar Arena in Dakar (Senegal) from March 5th to 15th, 15 games at the 5,200-capacity Hassan Mostafa Indoor Sports Complex in Cairo (Egypt) from April 9th-19th and an eight-game Playoffs and Finals at the 10,000-capacity Kigali Arena in Kigali (Rwanda) from May 21st to 28th. Tickets will go on sale in early 2022.

The Basketball Africa League (BAL) is a partnership between the International Basketball Federation (FIBA) and the National Basketball Association (NBA). It is a new professional league featuring 12 club teams from across Africa. The BAL, which is headquartered in Dakar, Senegal, builds on the foundation of club competitions FIBA Regional Office Africa has organized in Africa and marks the NBA’s first collaboration to operate a league outside North America.

Mies (Switzerland)-headquartered the International Basketball Federation (FIBA) is an association of national organizations which governs the sport of basketball worldwide. Originally known as the Fédération Internationale de Basketball Amateur, in 1989 it dropped the word amateur from its name but retained the acronym.

The ‘African Business’ stated that the above announcement was made on December 9th at the Hassan Mostafa Indoor Sports Complex by the BAL President, Amadou Gallo Fall, and the FIBA Africa Youth Council President, Ambrose Tashobya, with inaugural BAL Champion Zamalek (Egypt) in attendance.

Said Fall, “After a successful and historic launch last Spring, we are thrilled to be able to grow the BAL’s footprint in our second season. Through this expanded competition format, we will bring more games to more countries across the continent, allowing new and returning fans to experience the excitement of this world-class league up close and in-person.”

Said BAL Board President Anibal Manave, “After such a memorable and historic first season, we are looking forward to the BAL tipping off next year in March. This season will no doubt be even more exciting with the expansion of the number of games and also additional Host Cities – in particular here in Cairo where the FIBA Intercontinental Cup 2022 will also take place in February, featuring for the first time the inaugural BAL Champions Zamalek SC.”

During the second BAL season, the 12 teams will be divided into two conferences of six teams each. Each conference will play a 15-game group phase during which each team will face the other five teams in its conference once. The top eight teams from the group phase will qualify for the BAL Playoffs, which will be single elimination in all three rounds.

National league champions from 12 African countries will once again qualify for the second BAL season, including through the Road to BAL qualifying tournaments conducted by the FIBA Regional Office Africa across the continent from October to December 2021.

The BAL teams, conferences and additional details about the league’s second season will be announced at a later date.