Saint-Gobain is a French multinational corporation, founded in 1665 in Paris and headquartered on the outskirts of Paris, at La Défense and in Courbevoie. Originally a mirror manufacturer, it now also produces a variety of construction, high-performance and other materials. A recognized leader in advanced polymer technology, Saint-Gobain Performance Plastics is part of an international family of companies comprising Compagnie de Saint-Gobain, a global force in engineered materials. With a worldwide network of manufacturing and sales facilities, Saint-Gobain Performance Plastics brings years of experience to developing innovative polymer solutions for its customers.

Saint-Gobain’s SHEERFILL® Architectural Membranes have enabled the creation of stunning designs in iconic structures all over the globe. Offering outstanding energy efficiency, lower cooling costs and self-cleaning technology for more than 45 years. SHEERFILL® is used as a permanent tensioned membrane structure in the sports, transportation, retail, and specialty markets. The composite materials used in the membrane are made of fiber glass and polytetrafluoroethylene (PTFE).

Michael Lussier, Global Market Leader, SHEERFILL® Architectural Membranes, US, drive home the fact that teamwork is the key mantra to the execution of a successful project as was proved in the case of Allianz Field in Minnesota, US – all this in an exclusive to ‘Coliseum’ at the Coliseum MENA online conference held in February 2021. He relates a quick story about how a bright team can help execute a successful project using new materials.

The greatest testimony to SHEERFILL® Architectural Membranes success story is in the form of Allianz Field – the soccer-specific stadium in Minnesota, US. It was named the ‘Best MLS Stadium Experience’ by ESPN in 2019 and the USA Today Readers Poll gave it a Top 10 for Best New Attraction and the facility has many a feathers to its hat.

Michael Lussier begins by informing the online audience that while the Allianz Field was being constructed, how SHEERFILL® did a perfect job in creating a skin type and helped in implementing the same in the stadium.

The company provides materials all over the world.

Saint-Gobain is a multinational company with roots back to 1665 specializing in glass, construction and high performance materials. It has operations in 150 countries.

Stated Lussier, “SHEERFILL® is not nearly as old. We created the first SHEERFILL®membrane back in 1973. The company is an innovator and a leader in this industry. We created the first permanent architectural membrane, with the first installation from 1973 still bearing the original skin. We also created the first acoustical fabric (FABRASORB), we have a self-cleaning topcoat available for SHEERFILL® that helps keep it cleaner and whiter and brighter and helps fight pollution – our EverClean brand – and then very recently this new ILLUMINATE mesh which is the focus of this discussion.”

Minnesota is in the North-Central part of United States. It is very beautiful and is the ‘Land of 10,000 Lakes’. It is actually more than 10,000 Lakes. The owner of Allianz Field – Minnesota United FC -wanted that “we build a unique and functional façade that would reflect the beauty of the region”.

Informed Lussier, “The climate was one of the drivers for the client’s vision of creating a stadium (read Allianz Field) that would be tied to the region visually and also provide protection to the fans at the stadium. In the United States, Major League Soccer (MLS) runs from early Spring to late Fall. In the middle of the season, it gets quite warm, so they decided to keep the stadium open and airy.”

He continued, “For this project, SHEERFILL® was working with several of these leaders in their respective fields. Of course, Populous was the architect, Mortenson is the renowned General Contractor in United States and North America, the Consulting Engineer – Walter P. Moore had a team of experts in Fabric Structure that was very important for the engineering side of the project. Of course, Façade Contractor was PFEIFER FabriTec Structures and they also have their engineering and design people along with their construction expertise working with membranes. And Saint-Gobain was lastly the membrane supplier for the project.”

Continued Lussier, “So, for this project we were working, we were continuously creating new ideas, building on our experience developing new products for all kinds of industries. SHEERFILL® is part of our business, but we also produce many other high-performance materials. We had been working with these new materials but hadn’t done much beyond lab and pilot scale work. So, we had to move quickly from lab scale to production scale, to manufacture 10,000 square meters of material for the project (Allianz Field). By the way, it was a fast-moving project, privately-funded and they didn’t have time and patience for overspending – paying overtime, over budget. So, it was important that we moved quickly – I mean move from this lab scale to production scale as quickly as possible.”

He stated, “One of the challenges we had was to make sure everybody was confident including us in this material of SHEERFILL® and its ability to be used in this project.”

Working as a team

Throughout his online deliberations, Lussier has tried to highlight the fact that it is only as a team when people work can a project succeed, and it cannot be a case of ‘you’ and ‘me’ – “It was not a case of SHEERFILL® or Saint-Gobain, but it was important that we worked together. So, all those people that I talked about, all these companies that I mentioned above, they were part of the façade team that met regularly, very regular discussions and we were on video calls, pre-COVID, of course, but still that was a very good way for us to work together to developing relationships and for regular communication for us to work together.”

He added, “For us, we saw the need, the client wanted a full-scale mockup where they actually had full sections of the structure. This was not only useful to envision how the product would look, but also to see how for the team some details could be addressed, the installation process and any concerns that may arise working with this new material on a very creative design for Populous. One of the things that came up and I think it was very important for the team, especially for us as material supplier, we supply/manufacture material relatively very early in the process and then it goes to other people who fabricate it and install it and then finish the installation of the façade. We were always a part of the team, we were part of the discussions, we were invited to the site and we were very active in the project even after we completed production.”

Maintained Lussier, “For me, some of the key lessons learned again driven by the team and Populous was the fact that they invited all these key players into the conversation and onto the team. We worked with them closely. We visited the site, we visited the mockup, they came to our factory, and we worked together. An example was that these materials were not quite the same as our standard SHEERFILL architectural membrane, a white fabric, that is opaque, you cannot see through it; this material you can see through. That presented some new challenges for us where there was the potential that it could be an irregular appearance or that the client would be satisfied with the visibility in some areas where we had a problem. So, we worked together as a team, all of us met at our factory and worked together to develop the visual standard for the material.”

He added, “For a new material, we needed the confidence as much as the architect and the owner in the material. So, we did full testing on this material to our industry standard material – one of our SHEERFILL®-products, we tested it not only as it was made but we did tests to ensure that the material could perform as expected. We also took part with the fabrication team and the fabrication partner PFEIFER FabriTec in developing the data required by them to use material for their engineering and analysis and fabrication. One major difference in this project (read Allianz Field) is we were able to meet with the owner and architect early; it is seldom that we as material supplier get invited to the table.” 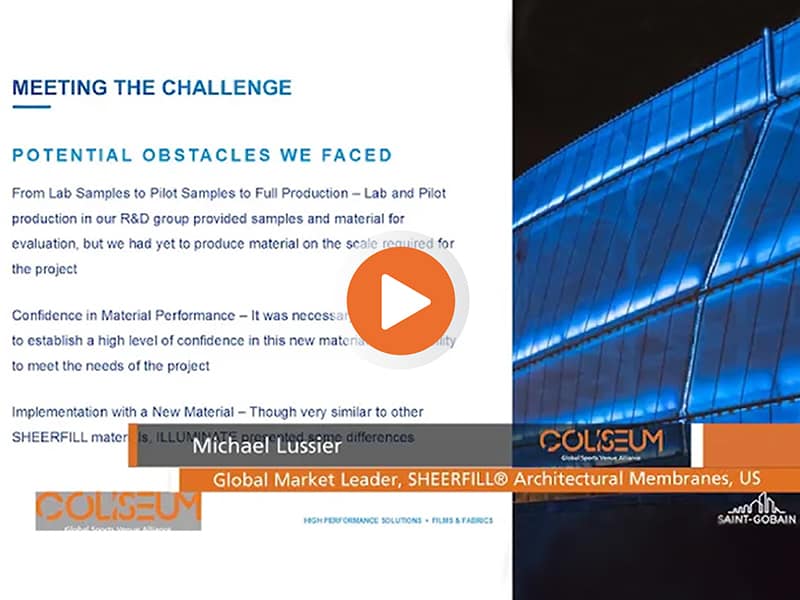 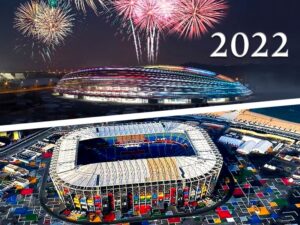 The sporting year 2022 looks different than the previous years. It is Olympics in Winter (Beijing... » Read more 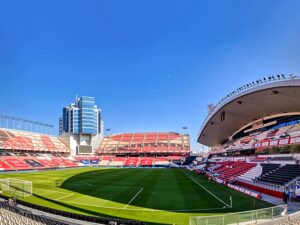 The 2021 FIFA Club World Cup™ takes place in Abu Dhabi (UAE) next month, and will feature the... » Read more 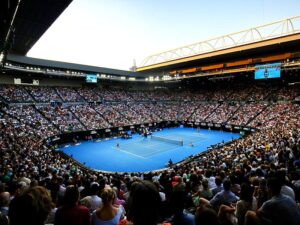 Attendance at the 2022 Australian Open has just been capped at 50 percent, ahead of the first round... » Read more 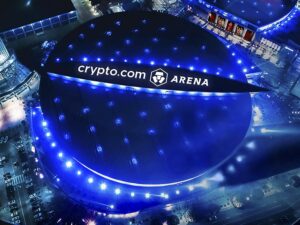 Leading telecommunications infrastructure company Mobilitie and AEG have partnered together to... » Read more 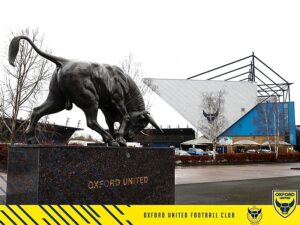 The Oxford United Football Club (UK) has provided an update on the search for a new home to secure... » Read more

The sporting year 2022 looks different than the previous years. It is Olympics in Winter (Beijing... » Read more

The 2021 FIFA Club World Cup™ takes place in Abu Dhabi (UAE) next month, and will feature the... » Read more

Attendance at the 2022 Australian Open has just been capped at 50 percent, ahead of the first round... » Read more

Leading telecommunications infrastructure company Mobilitie and AEG have partnered together to... » Read more