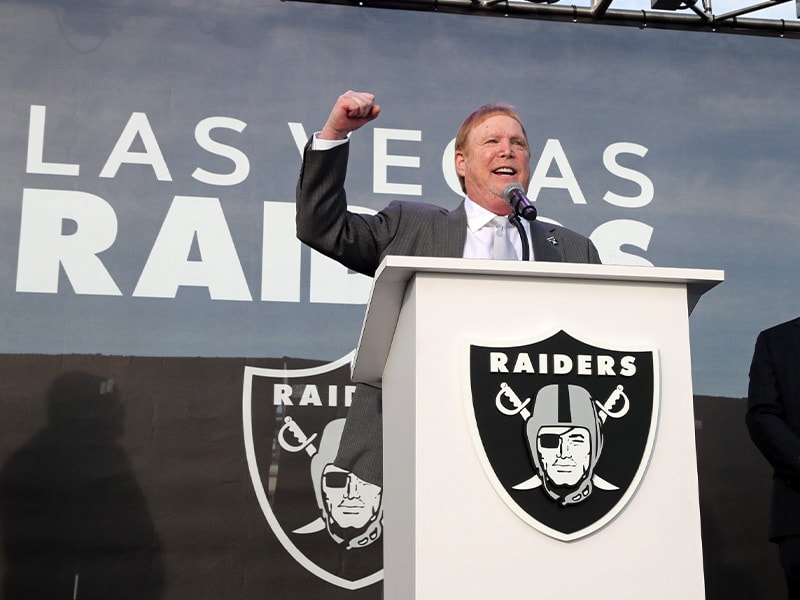 It’s official: The professional American football team based in the Las Vegas metropolitan area – formerly known as Los Angeles Raiders – from now on will be known as Las Vegas Raiders. People in the gambling Mecca are in soaring spirits over the whole development.

The American club in the National Football League (NFL) has moved from its long time home in Oakland, California, to Nevada in Sin City – the approval to which was given way back in 2017.

Though the Raiders were given the go-ahead to move to Las Vegas on March 27, 2017, but because of the timing of Allegiant Stadium’s construction, the team had to stay in Oakland for three more seasons. The team presently has a 30-year lease to play at Allegiant Stadium, which is scheduled to go on stream in July 2020.

The NFL team announced its new name recently at its future residence – the 65,000-seat under construction Allegiant Stadium, located on the south end of the Las Vegas Strip. Prior to that, it presented details about the 2020 NFL draft to the Clark County Commission – the Governmental organization that governs and runs Clark County, Nevada.

The construction workers were agog with excitement and looked on and cheered as the Governor of Nevada Steve Sisolak formally announced the team’s new name while wishing for the Raiders to bring “future championships.”

“The State of Nevada is excited to welcome the Las Vegas Raiders to our great State. It offers best wishes for many successful seasons,” Sisolak stated.

The three-time Super Bowl championship team was founded in 1960 in Oakland, California, as one of the original members of the American Football League, which later merged with the NFL. The team moved to Los Angeles in 1982 and returned to a renovated Oakland-Alameda County Coliseum in 1995.

“Both cities will always be part of our DNA, but today we bring a new chapter in our storied history,” Raiders owner Mark Davis said.

Raiders’ tight end Darren Waller stated, “It’s an exciting time for everyone involved, including the players. It’s still kind of hard to wrap your mind around all this. It’s exciting just to be here and tour the stadium and facility. It’s been a pretty great few days.”

Punter AJ Cole said Las Vegas feels like home, even though the transition is yet to sink in – “It feels real now. I’ve never even been to Las Vegas before, so it was hard for me to imagine my future home in a city I’ve never even visited, but being here and seeing the stadium and all the workers doing such a great job, it’s really starting to sink in that we’re making this move. We’re going to have an incredible opportunity to build something special in this city.”

The 2020 NFL Draft will be the 85th annual meeting of the NFL franchisees to select newly eligible players. The draft is scheduled to be held from April 23 to April 25, 2020. It will be held at Paradise in Nevada.

The next batch of NFL stars will be showcased on the Fountains of Bellagio before being whisked away to the Caesars Forum convention center to hear their names being called in the 2020 NFL draft in what is expected to be one of the watershed moments in the history of Las Vegas.

In a presentation to the Clark County Commission, NFL and Las Vegas Convention and Visitors Authority officials laid out plans for the three-day event scheduled from April 23-25, 2019, which will witness multiple road closures over several days.

The Commission gave its seal of approval to the plan, which was the result of 14 months of work, by a 7-0 vote.

“This will be one of the biggest events Las Vegas has ever seen. We want to make sure that it’s produced (in a way) that’s beneficial to our local community, in addition to the hundreds of thousands of visitors that will come for the draft,” said County Commissioner Michael Naft.

The approval comes with a rider – the NFL will continue to communicate plans for parking, transportation and volunteers to the county.

Jon Barker, Head of Live Event Operations and Productions for the NFL, informed that the red carpet stage will be constructed over the fountains, with players and their families ferried by boat to and from the stage. The draft’s main stage and the Draft Experience — a free, three-day football festival — will be outside the Caesars Forum (a conference center in Las Vegas).

Governor Sisolak has long advocated the idea of building the under construction domed Allegiant Stadium in Sin City the price tag of which stands at $2 billion. He was as pleased as Punch to see the team add ‘Las Vegas’ to its name. Perhaps no one outside the Raiders’ organization was more excited than him.

“It’s terrific. It’s been four years in the making when we started having these discussions,” he said following the naming event. The Raiders “kept at it the whole time, they kept pushing forward, slowly moving forward. Now, you see this stadium behind me that’s months out.”

Sisolak observed that with the Raiders all set to make Allegiant Stadium their residence it will bring long-lasting benefits to the Las Vegas Valley – “We will feel the economic impact and benefit from this for decades.”

In addition to the draft, Sisolak felt that Allegiant Stadium could host some of the largest sporting spectacles.

“You’re going to see it with the Super Bowl and hopefully with the Pro Bowl and some of the other events and concerts that come with it. It’s going to do a great job and attract a lot of people to town and fill a lot of beds and help (create) jobs,” the Governor averred.

Sisolak also said the State was in the “grip of Raiders’ fever”.

“I think it’s a Nevada thing. The fact we’ve got our own professional franchisees now. You’ve got the triple-A baseball teams, both south and north. You’ve got the Knights. You’ve got the Raiders. Real sports fans like living in Nevada now. It gives us something to root for. It becomes part of our culture,” he further remarked.

Las Vegas Raiders owner, Davis, confirmed that come April and fans will get to see an abundance of Las Vegas-branded Raiders’ merchandise – “We are going to release it at the draft, so it’s kind of like waiting for Christmas,” he said.

However, he did not give the exact timeline as to when stores would begin carrying the merchandise, associates at the Raider Image team stores at Town Square, the Fashion Show Mall and Galleria at Sunset all confirmed that the new gear will be on the sales floor on April 23 — the first day of the draft. Meanwhile, local stores like Sports Town USA in downtown Summerlin said they will carry Las Vegas Raiders gear in April.

Plans are in the offing to add at least two more Raider Image stores this year. One will be at Allegiant Stadium near the main entrance, while the second store will come up at the team’s Henderson headquarters and practice facility in Nevada, US.

Mark Davis had this to say on further plans to expand its retail footprint – “We’ll see how that goes”. He also said fans should expect to see “everything” when it comes to its new line of apparel and accessories. 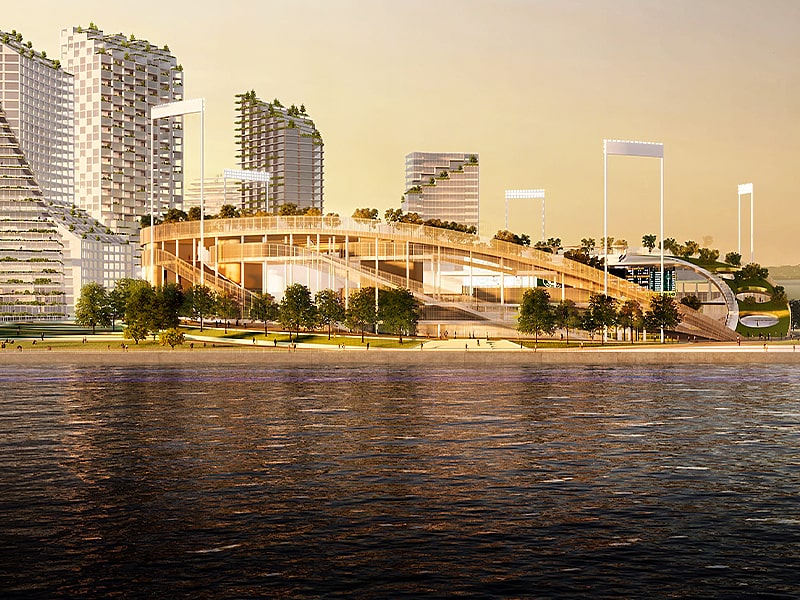 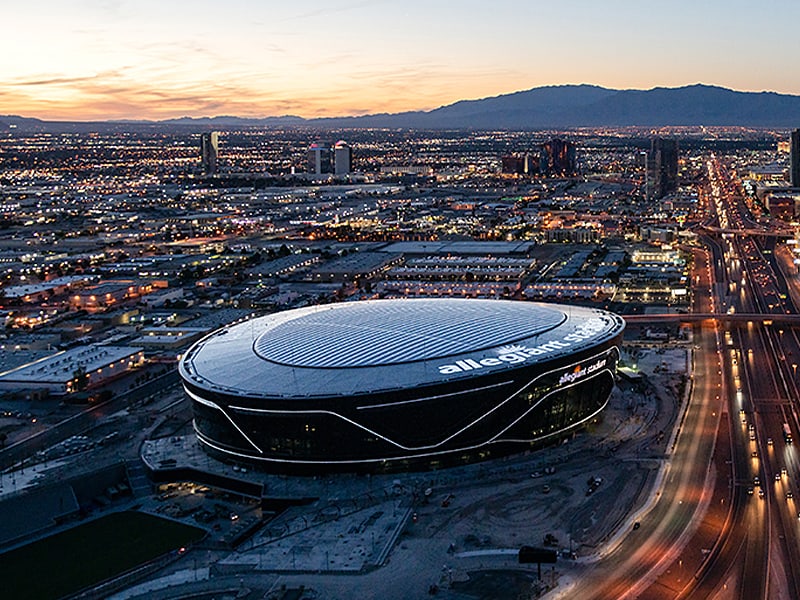 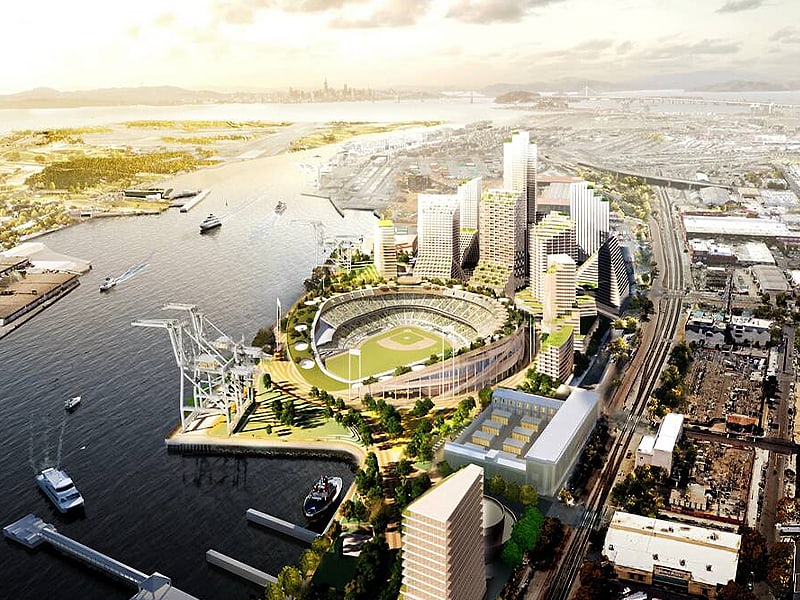