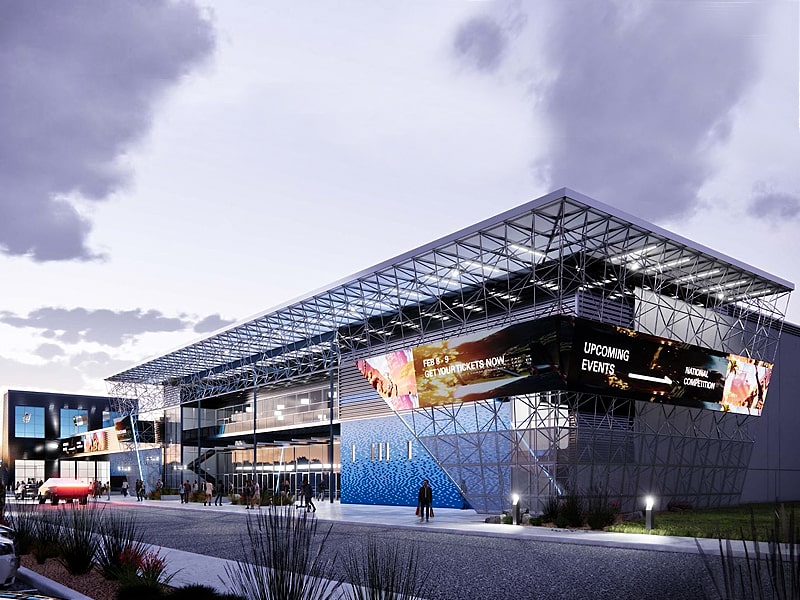 San Antonio’s new $70 million Tech Port Center + Arena (concert hall) in Texas (US) welcomed ‘90s rock act Smashing Pumpkins on May 2nd for a maiden voyage that owed its success both to the band’s performance and the venue itself.

The ‘San Antonio Current’ stated that the sold-out show marked Los Angeles-based venue management giant ASM Global’s first foray into the Alamo City market, and – aside from a few minor parking, ticket and sound snafus – the night was steeped in magic.

The ‘KSAT.com’ stated that the $70 million facility broke ground in 2019 and is considered one of the most technologically advanced centers in the United States.

Said Eric Blockie, Tech Port Center and Arena General Manager, “We have this fantastic venue. We have the best sound system, the best LED walls, the best lighting.”

The ‘KSAT.com’ further stated that the center and arena is a 130,000 square-foot facility at Port San Antonio that will seat more than 3,000 for concerts and esports events.

Added Blockie, “We have 7-to-1 surround sound, a 22-foot high, 60-foot wide LED wall. We have JBL line array system. It’s really hard to pinpoint the best because it’s all the best.”

The center also represents more growth for San Antonio’s tech community and options for people who live in the area. A total of 100 people were hired for permanent jobs at the center and 100 more positions available for seasonal- and event-based jobs.

Blockie continued, “We’re going to have a home base that maybe on an economically challenged South Side or West Side of town, and expose them to maybe some of the things they would have to travel for.”

That home base includes a co-working space for startup companies, the San Antonio Museum of Science and Technology or SAMSAT, a food hall and bar and the LAN gaming center. These spaces will all be open to the general public. Blockie said the management also wants to make the arena a new hub for Tejano (a Mexican American inhabitant of Southern Texas) music and artistes – “We want people to know that this is their arena. We want this to be their hub to come here, eat, drink, and have a good time.”

Port San Antonio officials said the arena will contribute to the more than $6 billion economic impact the port has had in the area.

The ‘KSAT.com’ further stated that the arena has already secured a major esports event during its opening week with the launch of the 2022 Overwatch Season featuring Houston Outlaws versus the Dallas Fuel.