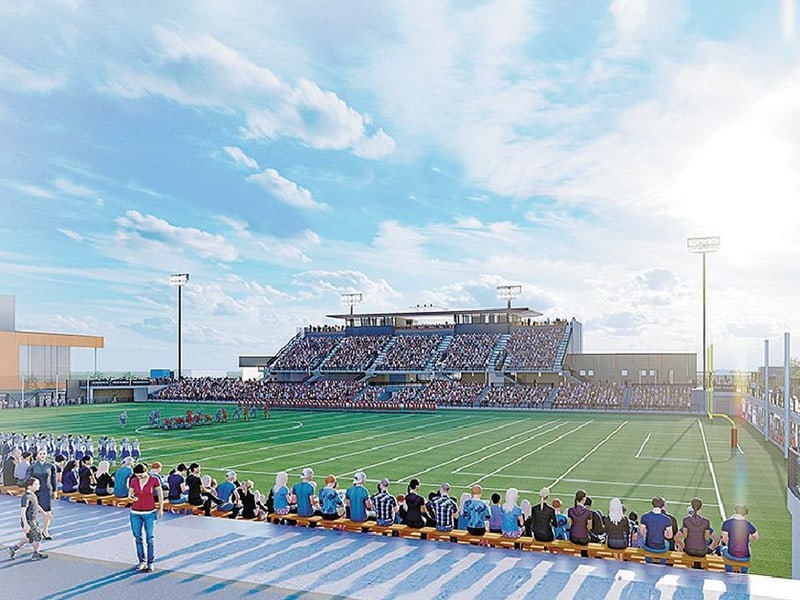 The path was cleared on December 14th for a United Soccer League (USL) team to play in Spokane (US).

The under-construction downtown Spokane stadium is expected to host professional soccer and would generate significant economic impact for businesses in the region.

‘The Spokesman-Review’ stated that by unanimous vote, the Spokane Public Facilities District (PFD) Board of Directors directed its staff to begin negotiations with the USL to field a League One franchise, possibly in the Spring of 2023.

USL League One (USL1) is a professional men’s soccer league in the United States and Canada that began its inaugural season in 2019. USL announced the formation of the league on April 2nd, 2017, and the league is targeting Cities with a population of 150,000 to one million, mostly in Cities without a professional team.

‘The Spokesman-Review’ further stated that following a committee’s recommendation, the PFD board opted to go with the USL proposal instead of a Major League Soccer (MLS)-affiliated team proposed by Brett Sports.

Both teams presented packages to a committee on December 13th. The difference was the USL’s larger upfront financial commitment and its promise to field a pro-women’s team in Spokane.

The USL proposal included a $4 million investment in the stadium for upgrades, with half of that money to be paid within 18 months of a lease-operating agreement.

The Brett Sports package included base rent of $200,000 annually, plus 7 percent of the net ticket sales.

Board Chair Marty Dickinson said after the vote, “The articulation of the investments was very significant. I think it’s important to bring outside investment into this community, and I want to emphasize that they felt like a really good partner who was ready to do this with us.”

Board Member Nathaniel Greene said he was impressed by the USL’s commitment to bringing a women’s team to Spokane in the State of Washington (US) and its commitment to “include minorities and other underrepresented people”.

Dickinson added that “the women’s side of things is definitely in the forefront. They (the USL) are ahead of the game, compared to where we were with the other party”.

Cindy Wendle, who is leading USL efforts in Spokane, said she appreciated the work of the PFD and the Spokane Public Schools.

Added Wendle, “They made sure they had thorough evaluation from the community and confidence in the choice they made.”

However, Wendle acknowledged that the USL is still working on finding a franchise owner.

It’s also unclear when the new downtown stadium will be ready for action.

Greg Forsyth, Director of Capital Projects for Spokane Public Schools, said that because of the uncertain composition of the ground, he “couldn’t say for sure” whether the facility will be complete by the Spring of 2023, when the USL League One season would begin.

In the meantime, Wendle said the franchise will work on branding and other projects.

The two presentations were graded on a 0-100 scale, with up to 25 points in each of four categories: The written proposal, including a statement of qualifications, understanding of the scope of the project, past operation and management experience, and obtaining advertising and financing.

The USL scored 80 points compared to 60 for Brett Sports, with the USL scoring higher in all four categories. Eight point of the 20-point difference came in the financial category.

Dave Pier, Chief Marketing Officer for Brett Sports, said in an email, “We are obviously disappointed because we believe the partnership of Brett Sports, the Major League Soccer team (MLS) team Seattle Sounders and Major League Soccer presented a historic and powerful opportunity for the Spokane community. Having said that, we respect the SPFD Board’s decision, we will continue to be a supportive partner to the Spokane Public Facilities District.”

The prospect of professional soccer in Spokane was boosted by Spokane Public Schools’ approval last Spring of a $31 million, 5,000-seat stadium to be located downtown instead of in Northwest Spokane.

Though owned by the school district, the stadium will be managed by the PFD, which also runs the nearby arena and the newly completed podium.

The downtown site had been supported since the Spring of 2020 by the USL, which promised to bring a League One team to Spokane.

The Spokane Public Facilities District (SPFD) is the Government body in Spokane, Washington (US) that manages the 12,638-capacity Spokane Veterans Memorial Arena, Spokane Convention Center and the 2,700-capacity First Interstate Center for the Arts. It was created in 1989 by the Washington State Legislature to create a plan to replace the old Spokane Coliseum. The Coliseum was eventually replaced by the Spokane Veterans Memorial Arena. The SPFD recently completed a 100,000 sq ft (9,300 m2) expansion of the Convention Center by building the Exhibit Halls.

« Previous News: Jamsil MICE complex construction in 2023
» Next News: The Sharks-Hollywoodbets bonhomie on