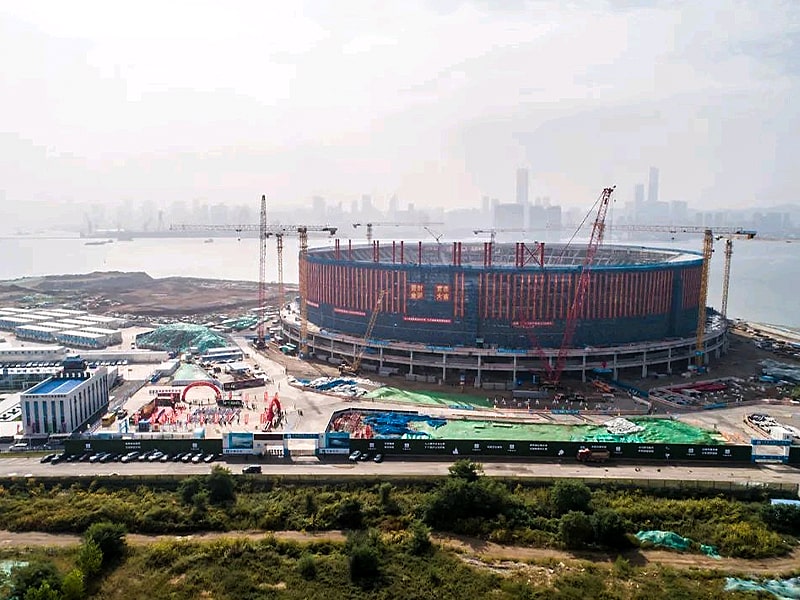 The ‘BDP’ stated that a modern home for the Chinese professional football club Dalian Pro FC and venue for the Asian Cup 2023 is located on the Northern edge of Dalian Bay in Northeast China.

The new Suoyuwan Stadium is located on an incredible site located on the waterfront of Dalian, a major City and seaport in the South of Liaoning Province (China). The site is a reclaimed peninsula West of the port with dramatic views across the bay.

The Dalian Professional Football Club is a professional Chinese football club based in Dalian, Liaoning (China), which participates in the China League One under license from the Chinese Football Association. Their home stadium is the Dalian Sports Centre Stadium with a capacity of 61,000.

The ‘BDP’ further stated that the project was won together with the British professional services firm Buro Happold through a concept design competition organized by the Chinese multinational conglomerate company Wanda Group.

The design has been inspired by the stadium’s unique location and the materials of the façade give a shimmering feel to the building as the different shells appear to float and twist within each other. At night the stadium is a spectacle of lighting reflecting off the sweeping building form.

The 63,000-seat stadium features a 1.6 km tourist walking route from the podium to the roof, providing spectators with a breathtaking view of the Dalian Bay and the community sports and leisure park to the East of the building.

The venue is designed for the AFC Asian Cup, Asia’s most prestigious football event. Dalian is one among the 10 Host Cities set to share the event, alongside Beijing, Tianjin, Shanghai, Chongqing, Chengdu, Xi’an, Qingdao, Xiamen, and Suzhou. In legacy, the stadium will be home to the Dalian Pro who plays in the top tier of Chinese football, the Chinese Super League.