Tailgate treat at ‘The Boys’ home for fans 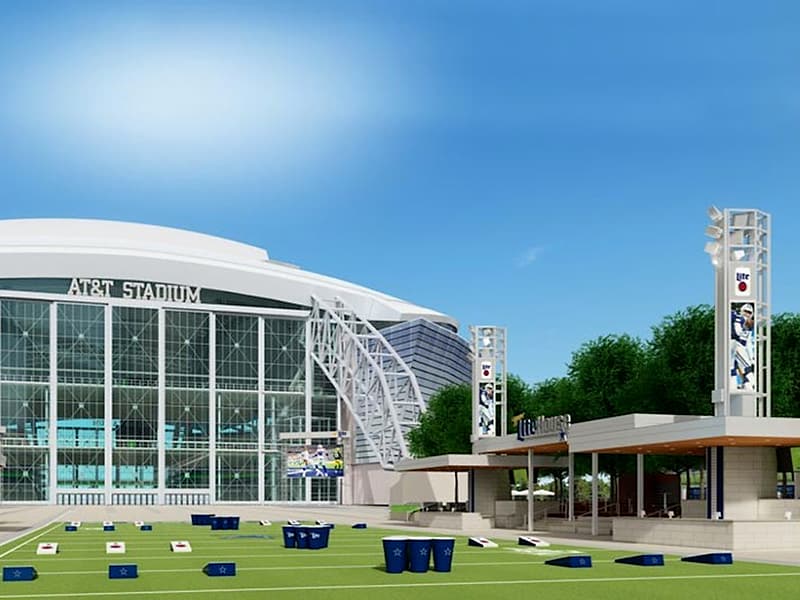 The National Football League (NFL) team Dallas Cowboys opened a new venue at its residence – AT&T Stadium (US) – on September 9th that’s like a cross between a beer bar and a tailgate party.

The ‘culture map’ stated that called the Miller Lite House, it’s an open-air event space next to the AT&T Stadium that will host parties and other events where fans can come watch Cowboys games, as well as other programed entertainment. The Cowboys have had a branding partnership with Miller since 1991.

The 80,000-capacity AT&T Stadium, formerly Cowboys Stadium, is a retractable roof stadium in Arlington, Texas, United States. It serves as the home of the Dallas Cowboys of the National Football League and was completed on May 27th, 2009.

Amenities include two beer gardens with 60 TV screens, an 87,000-square-foot space with capacity of 650 and $5 Miller Lites.

The ‘culture map’ further stated that the concept was inspired by the legendarily scenic 10-acre area at the University of Mississippi called The Grove, where Cowboys owner Jerry Jones played his first college football game.

It is more of an interactive experience than what one would get at a bar or restaurant. That includes:

On days when there’s a home game, a ticket is required. For events not on gamedays, it’s free.

For all regular season Cowboys home games, the venue will open four hours before late afternoon and evening games, and three hours before early afternoon games.

Game days sound festive: They’ll include performances by the Dallas Cowboys Cheerleaders and the Dallas Cowboys Rhythm and Blue Dancers and Drumline, plus Cowboys celebrity appearances, live music on the stage, unique acts, and a celebrity kickoff toast pre-game toast at each game.

The venue will stay open two hours after the game, with activities such as live music, games on the videoboards and TVs and tailgate games on the outdoor field.