‘The Bees’ move into their new hive 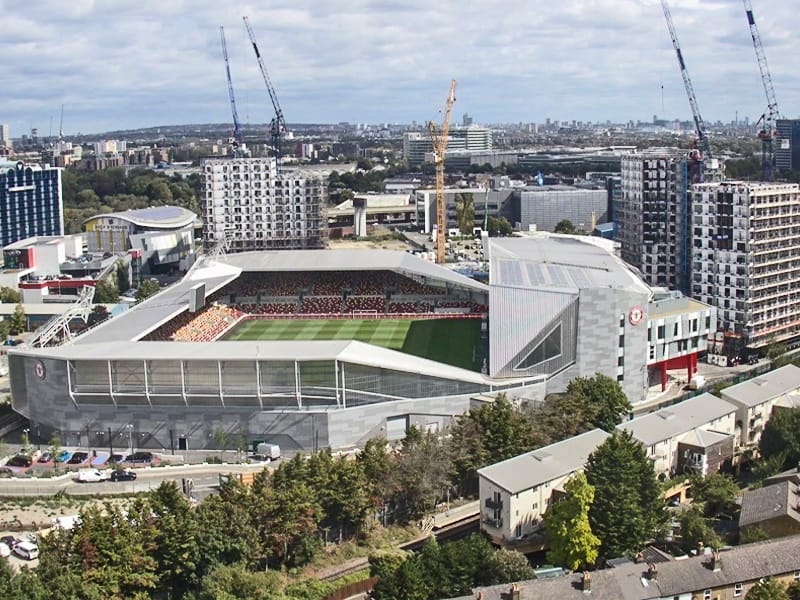 The new home venue of the professional football club in Greater London – Brentford FC – is now complete and ready for use. A safety certificate has been granted to stage games behind closed doors in the new facility known as Brentford Community Stadium. The stadium was completed last month and the first football match at the stadium took place on September 1st, 2020, when Brentford drew 2-2 against the English professional football club Oxford United in a pre-season friendly.

Brentford FC is a professional football club in Brentford, Greater London, England, which competes in the English Football League (EFL) Championship, the second tier of English football. The club was founded in 1889 and their old home was Griffin Park since 1904 before they moved to the Brentford Community Stadium in 2020.

Work on the 17,250-seat stadium began in early 2018 and was almost complete at the start of this year when restrictions on movement were put in place due to the COVID-19 bane which hit the world. The Development Partner was EcoWorld London and the stadium principal contractor – the Buckingham Construction Group Limited. Both the entities were working following strict coronavirus rules to get the stadium ready over the past five months. The work of all involved starting from the club, Lionel Road Developments Limited and the various partners bore fruit when the area’s Safety Advisory Group awarded a safety certificate.

For supporters to be present in the brand new stadium, the Club will need to secure an updated safety certificate and fans will have to strictly follow social distance protocols. The club is bending over backwards to ensure that fans can be present in the matches.

Commented Cliff Crown, Brentford FC Chairman, “This is a momentous announcement and a great day for everyone involved with the club. This is a project that was first conceived nearly two decades ago and that the club has been actively pursuing for the last 15 years. It is the culmination of a lot of hard work. I would like to congratulate Conor Hayes, Chairman of Lionel Road Developments, who has worked tirelessly for the last five years. He had a great team working with him including our Operations Director Alan Walsh, Will Whitby, Barry Winterton, Richard Arnold and Adam Marks. We have relied on our advisors to help us achieve the completion of the stadium and I also want to thank EcoWorld and Buckingham, plus those working with them, for delivering the stadium.”

“This has not been an easy project, given the tight space to build in, and the recent COVID-19 outbreak was an extra challenge to overcome. To get the stadium completed in those circumstances is a great achievement. And we should also praise the club’s operations, safety and security staff – Dave Gregg and Barney McGhee, alongside Alan – for securing a safety certificate with that backdrop.” Crown added.

Crown stated that he was delighted to be able to host the August Board Meeting inside the stadium recently – “It is a stadium of the highest standard and a fitting home for a Brentford FC that is preparing for a bright future. It is a real shame that our fans cannot get inside yet but that day is coming soon, and we are all looking forward to it.”

The stadium development is an important part of the wider regeneration of the area known as Brentford East. It will deliver a stadium together with more than 900 new homes, a new purpose-built location for Brentford FC Community Sports Trust, and a public square with shops and cafes. The stadium will also serve as the home facility of the London Irish rugby club, who has a licence to play at the venue. The new stadium will be employed for both association football and rugby union matches.

‘The Bees’ move into their new hive 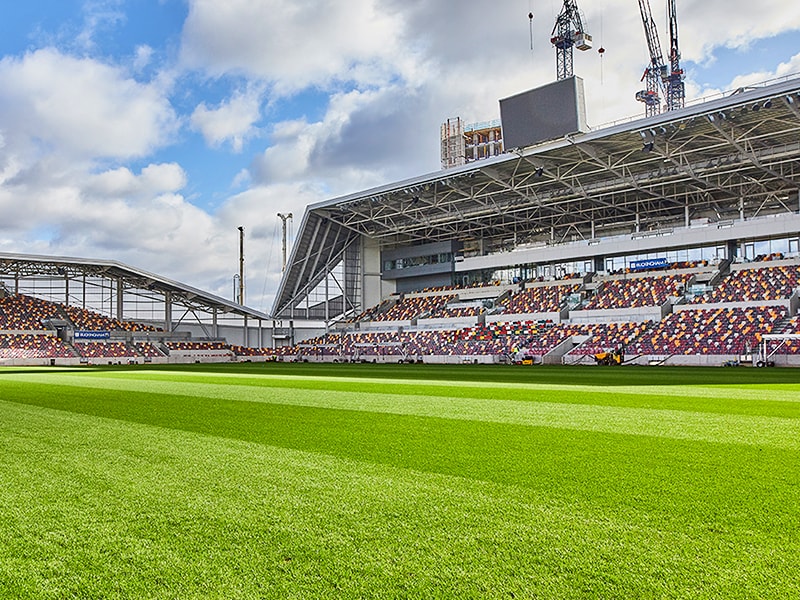