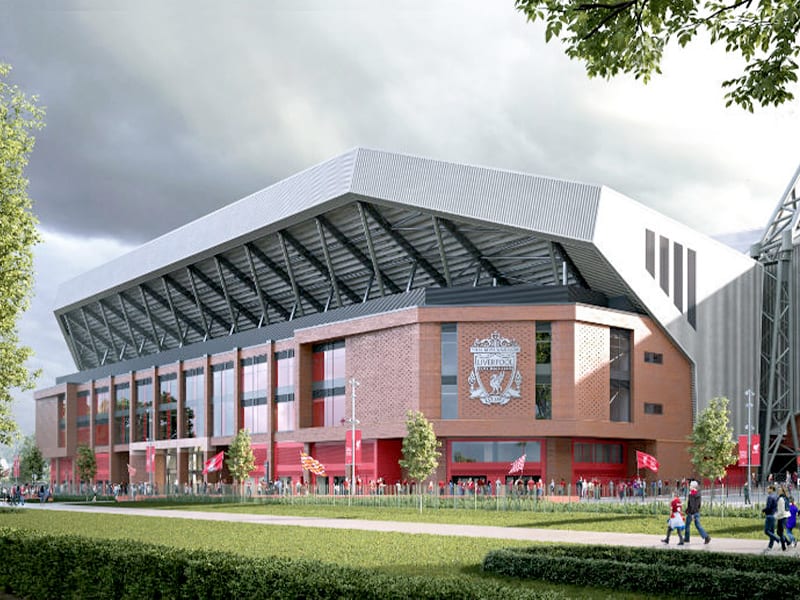 The Liverpool Football Club (UK) is planning to welcome supporters back to its residence Anfield for the Premier League match against Wolverhampton Wanderers on December 6th.

As the Liverpool City Region has been placed in Tier 2 restrictions, so Anfield could be permitted to greet a maximum of 2,000 supporters keeping in mind public health and safety.

Liverpool Football Club is a professional football club in Liverpool, England, that competes in the Premier League, the top tier of English football.

Wolverhampton Wanderers Football Club, commonly known as Wolves, is a professional association football club based in the City of Wolverhampton in the West Midlands, England.

The club has been working closely with its City partners, Liverpool City Council, Merseyside Police and Spirit of Shankly (unofficial supporters’ union for fans of Liverpool F.C.) to create a robust plan which is in tune with Government guidance and accords top priority to the safety of the local community, supporters, staff, players and emergency services.

All City partners are encouraging fans who plan to attend the game to take a test either the day before or on day of the game. Anfield’s Kop Bar will continue to be one of the City’s mass testing centers and will be open on matchdays.

A minimum of 75 percent of the 2,000 tickets available for the Wolves fixture will be used for general admission, which is aligned to the ratio used when the stadium is packed to capacity. The remaining tickets will be allocated to hospitality supporters, players and to meet contractual obligations. Only Anfield’s Main Stand will be employed for the Wolves fixture.

A ballot process will be launched by the Liverpool F.C. to allocate the tickets available for this fixture. Guidance and support from the City’s public health team has pointed out that the ballot will only be open to supporters who live within the Liverpool City Region. Supporters must also be a season ticket holder or current official member with 19 credits from the 2018-19 Premier League seasons who have completed Fan Update.

Fans can enter the ballot via an online system before the fixture on December 6th, which will require them to provide their details and those they wish to attend with. Supporters will be allocated an individually-spaced seat to minimize the risk to public health and fellow supporters.

Before entering the ballot, fans must refer to a new supporter code of conduct and, if successful, complete a health declaration questionnaire at the point of ticket purchase to ensure they comply with the new guidelines that will be in place to make Anfield as safe and secure as possible for everybody present.

The club will also be rolling out near-field communication (NFC) technology to manage access and understand who is in the stadium. The use of NFC technology will allow fans to gain access to the stadium using an electronic ticket on their smart phone to ensure that everything is touchless.

A planning application will be submitted this week to the Liverpool City Council by Liverpool F.C. – for the proposed expansion of their home ground Anfield Road stand notwithstanding the coronavirus scenario which continues to plague UK. A decision is expected to be taken in Spring 2021.

The submission of the planning application was shrouded in uncertainty and was paused in Spring this year due to the COVID-19 seesaw in the United Kingdom and the fatal respiratory disease has the country in its vicious vortex once again.

The plans would see the capacity of the Anfield Road stand increase by around 7,000 seats, taking the facility’s overall capacity to more than 61,000.

As part of the application, the club is also seeking permanent nod to stage concerts and major events at the facility.

The plans for the Anfield Road stand have been the subject of two stages of public consultations with local residents, businesses, fans and stakeholders.

The first stage of public consultation, launched 12 months back, included the permanent closure of a small section of Anfield Road, in keeping with the original planning permission granted in 2014. After listening to feedback on this option, the club made changes to the plans.

A second stage of public consultation held in February 2020 saw the club present new and updated plans. This included plans to keep Anfield Road open, with the road realigned around the footprint of the proposed expanded stand. More than 700 responses were received to the consultation and the revised plans were welcomed, with the vast majority of respondents expressing support for the plans.

Stated Andy Hughes, Managing Director, Liverpool FC, “We have been clear from the start that the expansion would be based on three things: Financial viability and sustainability, the successful navigation of the complex planning landscape and with the co-operation of the local residents and the community.”

Added Hughes, “We’d like to thank everyone who has offered a contribution to that consultation process. We feel that we now have a proposal that has been informed by our neighbors, will support the wider economy and provide an opportunity for more of our fans to come to Anfield to support our great team.”

He continued, “The last nine months without fans in our stadium has driven home our commitment to making Anfield accessible to more fans than ever before and while a high level of uncertainty remains around COVID-19, we would like to be in a position to move ahead with the proposed redevelopment as soon as the time is right, which is why we have decided to move forward with submitting the planning application.”