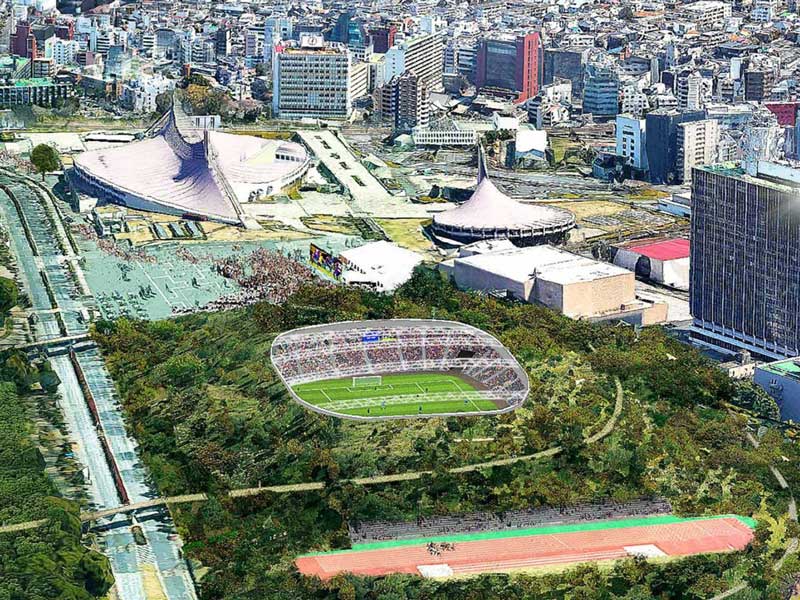 Tokyo’s major commercial and business centre will soon get a new football stadium called Scramble Stadium Shibuya, according to an announcement by Future Design Shibuya. The proposed stadium will be built on the redeveloped Yoyogi Park site, with a capacity of approximately 40,000 seats.

The venue will not only have a one of its kind purpose-built J-League standard football stadium in the special wards area, but will also host live concerts and events and a disaster prevention centre. The city still does not have a venue big enough to host 30,000 viewers for live entertainment shows.

The work is expected to start after the 2020 Olympic Games from the southern part of the park without touching the protected green area. The cost of the new stadium is estimated at between $270-360 million, covered by the private investors. As a hub for social gaming platform developers, the Shibuya ward venue can become a new centre for digital entertainment and events.

The football stadium may also become a new home to FC Tokyo, who currently play at the existing Ajinomoto Stadium which is quite some distance from the CBD in the East and has a running track that stops the fans from getting close to the action.

The Ajinomoto Stadium was added as Rugby World Cup venue in Japan for next year because of construction delays of the New National Stadium, making it unavailable for the J-League matches. The club will be playing at the Komazawa Athletic Stadium which is a smaller venue with no floodlights for night games. FC Tokyo are therefore looking for their own stadium that can cater to their needs as well as give their fans an experience they deserve.

« Previous News: Jaguars fans will be greeted by robots at TIAA Bank Field
» Next News: AEG expands with two new venues in Bangkok