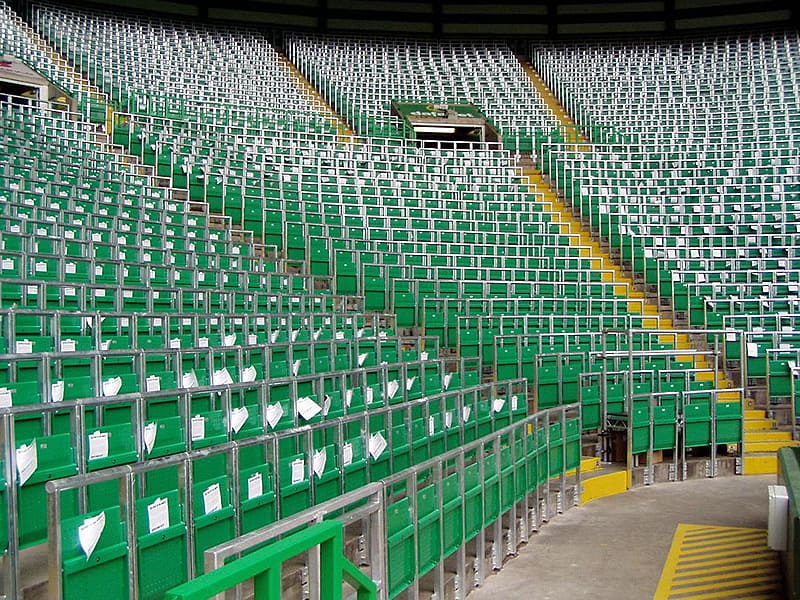 The ‘Sports Grounds Safety Authority’ stated that football clubs subject to the Government’s all-seater policy have been invited to apply to offer licensed standing areas, as part of an ‘early adopter’ program.

The Premier League (UK), often referred to as the English Premier League or the EPL, is the top level of the English football league system. Contested by 20 clubs, it operates on a system of promotion and relegation with the English Football League. Seasons run from August to May with each team playing 38 matches.

The Sports Grounds Safety Authority (SGSA) helps to secure the conditions for safe and enjoyable experiences for spectators at all sports grounds in England and Wales, and campaigns for safe sports grounds around the world.

The ‘Sports Grounds Safety Authority’ stated that the historic announcement made on September 22nd is a vital step towards fulfilling the Government’s manifesto commitment to introducing safe standing areas at football grounds.

Clubs will have until October 6th to submit an application to the Sports Grounds Safety Authority (SGSA) to become an early adopter. If approved, they will be able to offer licensed standing areas from January 1st, 2022.

Clubs will have to meet a number of criteria in order to receive Government and SGSA approval to have licensed standing areas, including:

The licensed standing areas will be independently evaluated from their introduction in January for the remainder of the 2021-2022 seasons. Other parts of the ground will remain all-seated and fans will be expected to sit in these areas.

Sports Minister Huddleston stated, “We have been clear that we will work with fans and clubs towards introducing safe standing at football grounds providing there was evidence that installing seating with barriers would have a positive impact on crowd safety. With independent research now complete, and capacity crowds back at grounds across the country, now is the right time to make progress. I look forward to hearing from clubs who wish to be part of our early adopters program during the second half of this season.”

Martyn Henderson, Chief Executive, SGSA, noted, “The focus of the SGSA is the safety and enjoyment of all fans at sports grounds. We know many fans want the choice to stand and, with the advent of new engineering solutions, our research has shown how this can be managed safely. Today’s (September 22nd) announcement will enable us to properly test and evaluate licensed standing areas before the Government decides its next steps.”

The above announcement starts the legal process needed for clubs to offer licensed standing areas from January 1st. Clubs will need to complete an application form and return it to the SGSA, who will then evaluate the applications and make recommendations to the Department for Digital, Culture, Media, and Sport.

The introduction of licensed standing areas follows research conducted during the 2019-2020 seasons, prior to the onset of the pandemic, which found that seats with barriers/independent barriers helped reduce the safety risks related to persistent standing.

This announcement affects clubs subject to the Government’s all-seater policy. That is, clubs in the Premier League and Championship, or any who have been for three or more seasons since 1994-1995, along with the 90,000-capacity Wembley Stadium in London and the 74,500-capacity Principality Stadium in Wales.

The early adopter criteria and support guidance set out the standards which need to be met, including the standards for the seats incorporating barriers/independent barriers.