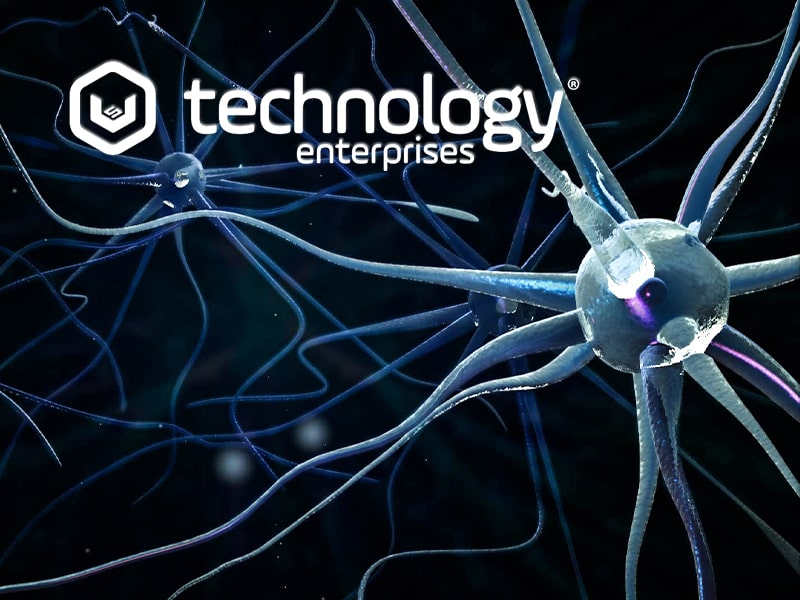 Manchester (UK)-headquartered cyber security company VST Enterprises (VSTE) has revealed details of a ‘sports health passport’ app that is designed to kickstart attendances at British sporting events in the coming months as the industry looks to resuscitate from the COVID-19 crisis which has turned the whole world topsy-turvy. It will help restart the GBP24 billion UK sports economy. The company is actively in talks with the UK Government and with other key stakeholders.

To be powered by VCode®, the ‘V-COVID’ app would be issued by sports clubs, organizations, event organizers or governing bodies as an officially recognized digital health passport.

VST Enterprises has earned huge laurels for its development of VCode®, which, among other applications, has the potential to revolutionize financial transactions both online and offline. VCode® allows any user to make a variety of secure transactions on the move with the wave of a mobile device.

VSTE, which was founded by tech entrepreneur Louis-James Davis, and its partner Redstrike, will look to work alongside the Government and other stakeholders to make certain that the technology can be utilized in a responsible manner. Redstrike is a sports marketing agency and was founded by Mike Farnan, former International Managing Director of Manchester United.

The app would be used in tandem with a Government/Department of Health-approved COVID-19 testing kit administered by a doctor or healthcare professional that confirms and validates whether the user has tested positive or negative for COVID-19 or has the antibody present. There are also plans for the app to include confirmation on whether the holder is vaccinated.

Once the test is through, the results will be updated to the fan’s digital passport and once vaccinated it will provide permanent proof that the user is free of the virus. If the fan tests negative, they will be allowed to purchase a ticket for the event by validating their V-COVID digital health passport.

This VCode will be unique to the fan and authenticated using its various security permissions, protocols and authorizations. An event official will scan the fan’s smartphone or printed VCode, with the technology to provide the most favorable scanning distance achievable from 100 meters.

The app can also be used at sporting showpieces, including football, golf, tennis, rugby, and Formula 1. Farnan and Davis plan to approach the International Olympic Committee (IOC) over the possibility of using the passport at the rescheduled Tokyo Games in 2021.

However, Tokyo 2020 chief Yoshiro Mori said on Tuesday that the postponed Tokyo 2020 Olympics will have to be canceled if the coronavirus pandemic isn’t reined in by next year.

The technology can be amalgamated into existing sporting and healthcare apps using the software development kit and will also be rolled out alongside COVID-19 testing kits.

Davis said, “The ‘V-COVID’ digital health passport is a truly unique way in which all football and rugby clubs, major sporting events and sports governing bodies can implement a simple and highly effective universal system to ensure fan safety at sporting events following the gradual phased lifting of restrictions.”

“Using the health app in conjunction with an official Government/Department of Health-sanctioned COVID-19 testing kit, a series of authentications and permissions are acknowledged to validate the test results. In doing so it will not only allow the safe and gradual return of sports fans to sporting events, but it will do so in a safe and controlled way. Most importantly, it will help all clubs, sporting organizations and events to rebuild after this unprecedented event.”

Farnan added, “The survival of (Premier League) and football league clubs – which are great British institutions, part of the community and every day British life – is vital. The ‘V-COVID’ digital health passport app will become an important passport and interaction tool between fans and their football clubs or sporting events.”

“It will also ensure that fans return to sporting fixtures and events in a safe and controlled manner. Let me make this clear, we are not claiming a magic solution here or expecting to fill stadiums, it will be a gradual and phased return for fans attending sporting events. But we do need to have a plan that revives the British sports calendar and its key events. British sport contributes £24bn to the UK economy every year,” Farnan further stated.

“However, we are fully conscious that it is vitally important for us to balance the desire for sporting fixtures to resume in the UK, but with all sports clubs, sports event organizers and governing bodies taking a serious and responsible approach to public health and safety with this life threatening virus,” he stressed.

VST Enterprises believes its digital health passport will get UK back on feet in the safest possible way.

VSTE has pointed out a number of serious and major flaws in the proposed bluetooth proximity apps that are currently being considered by the UK Government as a way of tracking the COVID-19 virus.

VSTE claims that the use of bluetooth and proximity apps alone, to help track and identify whether someone is infected with COVID 19, will lead to a series of major issues including – mass population anxiety around real time tracking and GPS data mapping, mass concerns around the policing or non-policing of data being uploaded, public and Government reliance on the data that could be subject to false flag ‘bad actor’ attacks or the potential for hacking and manipulation of data by a rogue State.

VSTE says its ‘V-COVID’ digital health passport will help get critical care health workers in the National Health Service (NHS) back on the frontline.

VSTE CEO Louis-James Davis explained, “The public have always been nervous around a Government or a big corporate knowing their ‘real-time’ whereabouts or ‘real-time’ daily travel activity. Given that most major corporates are renowned for selling advertisements or push ‘suggestions’ based on device voice recordings and geo sensitive insights, only heightens anxiety when you could now add a health data set. The proposition of having a health app that is ‘opt-in’ and filled with self-diagnosed triage information is mostly worthless to society. More anxiety and discrimination will come from wondering who is being honest and who even has the app on their phones.”

Only 79 percent of adults over 18 have a smart phone in UK and those under 18 may not have a smart phone either. This means the real-time information data cannot be captured for those without the app, leaving a major hole in the data set. In other countries, it is reported that one in six smart-phone users have opted in to this style of app.

VSTE’s the VPlatform does not track real-time data of VCode® app users, it only records location data for where they have scanned or have been scanned. The Government or healthcare professionals will see interaction data from scans and will gain a much more accurate data set between those who have come into contact with each other and those who are in different stages of their traffic light journey. Non-smartphone users can still display an image of their VCode® (stored as a photo) on their device, key fob or printout.

The head honcho added, “With the pandemic causing so many deaths, it is worrying that the Government would think about backing an app that is self opt-in and self updating purely for the fact it could be and most definitely will be abused. The app may install a false sense of hope and may cause more people to mingle. They won’t know that they are infected until they show symptoms which are no better than not having the app in the first place.”

If a digital health passport is in action and mandated using VCode®, the Government can gradually ease the population back into daily life in a staged and tiered process. Those in essential services such as critical care and health workers first, followed by other blue light emergency services and then logistics, utilities and key infrastructure, banking and finance. Testing and healthcare passports can be managed through the NHS or relevant healthcare providers.

The VCovid® digital health passport carriers would find comfort that this has been administered formally by a health professional. People will be notified that they are allowed to resume a semi-normal daily life after their passport is granted in line with Government guidelines while maintaining their safe distance, which is facilitated by an easy to use technology that offers speed, convenience and safety.

Commenting on the data reliance by the population and Government which could see a false flag /bad actor attack scenario, Davis further explained, “If a tracking app is opt-in, this is just another set of data to throw in the mix with the current demand on the NHS from their true ‘evidenced data’. All of the symptom data population to these apps are voluntary. The app notifies those who have been in contact with those who ‘state’ they are showing symptoms that they may be infected. If a person states that they are fine or doesn’t populate they are infected because they are too ill, then the system is flawed. Equally if a ‘Bad Actor’ comes into contact with a lot of people, for example, a large gathering at an event, there is nothing to stop them false flagging that they are now infected and pushing false information to thousands of other people who attended or have been in proximity to them. This then raises anxiety and fears causing mass panic, vital resources can then be put under pressure just because of bad data.”

To combat this using a VCode®, all of the information is populated by a doctor or healthcare professional after ongoing tests. Both healthcare professionals and the public can see different information from a scan based on their security credentials. A member of the public will only be able to check their own code and scan others to be satisfied with a ‘top-level’ red, amber, green traffic light indicator (accompanied by an identifying credential including name and photo. Symptom updates can be requested by push notifications and sent directly to the smart device dashboard of the healthcare professional. Push notifications can also be designed to go out to the public when it is time to book in their next test or if the Government wants to issue new guidelines.

VSTE’s approach using its VCode® and VPlatform® technology is unique. The VPlatform® technology can lock down the creation of codes and/or scanning of codes to a certain location (within 5m). This means a doctor or healthcare professional can only assign a test to a digital health passport once they are in their place of designated practice. This code creation is also subject to other things such as time, device type, etc.

Both the doctor, the patient and the test are subject to three different VCode’s® with three different multi-layered security protocols making it ultra secure (all of which are stored and encrypted separately). By any means, it will be a completely foolproof device.

US college sports conference the Big Ten has announced it will open its American football season on... » Read more