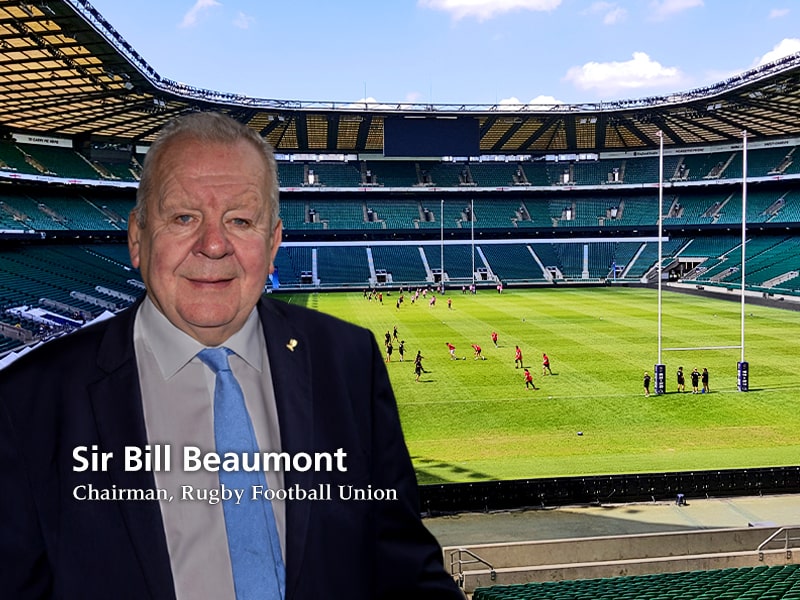 World Rugby – the world governing body for the sport of rugby union – has declared that it has set up a relief fund of $100m (£80.4m/€92.2m) as it looks to steer the sport through the ongoing coronavirus crisis which is deepening by the day.

Bill Beaumont has held off the challenge of Agustin Pichot to be re-elected World Rugby Chairman recently.

The former England captain won a 28-23 majority among the 51 votes of the World Rugby council and will serve another four years with France’s Bernard Laporte as his Vice-Chairman.

The strategy will ensure that the cash is made available immediately to any union requiring emergency funding. For Six Nations unions – those of England, France, Ireland, Italy, Scotland and Wales – and the SANZAAR nations – Argentina, Australia, New Zealand and South Africa – the financial package will involve a combination of advances on rights fee payments and loans.

SANZAAR is the body which oversees Super Rugby and The Rugby Championship competitions in Rugby Union. SANZAAR meets annually and is comprises the head honchos from its member unions.

World Rugby informed that it is “also committed to supporting emergency nations and regional associations where required”.

The coronavirus bane has severely impacted the sports with the Scottish Rugby Union announcing a series of pay cuts, have furloughed players and staff, as well as imposing wage cuts across all levels. England’s Rugby Football Union has said it expects losses of up to £50m ($62.2m/€57.3m) due to the pandemic, while New Zealand Rugby and Rugby Australia have undertaken similarly drastic cost-saving measures. USA Rugby filed for bankruptcy in the month of March.

A statement sent out by World Rugby termed the crisis as the sport’s “greatest challenge”.

The rescheduling of the calendar has been one of the major issues, as international events such as the Six Nations and the Autumn Test matches used to bring in maximum revenue for the sport. World Rugby has said it is examining different means to restart the sport, but among its contingencies is the possibility that no international rugby will be possible until 2021.

World Rugby Chief Executive Brett Gosper recently maintained that it may still be possible to schedule international rugby matches in November this year, although it appears increasingly likely that Northern Hemisphere countries’ summer tours of Southern Hemisphere nations will have to be canceled as COVID-19 shows no signs of abating world over.

Remarked World Rugby Chairman Sir Bill Beaumont, “Global sport is facing a crisis never seen before and at this most challenging time we are taking unprecedented action as a sport united to support global rugby, its unions, competitions and players through the enormous challenge presented by the COVID-19 pandemic.”

“The measures announced will provide support and short-term relief in the form of a $100m relief fund, while we are committed to exploring calendar options that reflect and address a dynamic, complex and uncertain environment,” Beaumont added.

World Rugby will work globally to decide on “a viable return to rugby” and said player welfare was central to all potential scenarios.

World Rugby said its relief strategy is “underpinned by a relief fund of approximately $100 million to assist unions through to the resumption of the sport. The strategy reflects World Rugby’s commitment to leading the sport through its greatest challenge and is a result of cross-game collaboration that has enabled key decisions to be taken in the spirit of solidarity and partnership.”

World Rugby also informed that it is working with Six Nations and SANZAAR nations and with the International Players’ Association on “a variety of return to rugby plans” which would be subject to the relevant Government and health authority advice.

“This includes likely short-term reshaping of the international rugby calendar, optimizing competition opportunities for unions and domestic leagues. As a prudent precaution, further scenario planning factors in a competition environment where cross-hemisphere travel might not be possible and, in the worst-case scenario, where no international rugby is possible this year.”

Cash-strapped Rugby Australia, in response to World Rugby’s statement, said it hoped to benefit from the relief fund. The package could be worth around $10 million to Rugby Australia, which has already made extensive cuts to their administration and may soon finalize an interim pay deal with the Rugby Union Players’ Association.

Rugby Australia is reported to be seeking a 65 percent pay cut for players over a six-month period, and could lose up to $100 million in revenue if the professional game can’t resume in Australia this year.