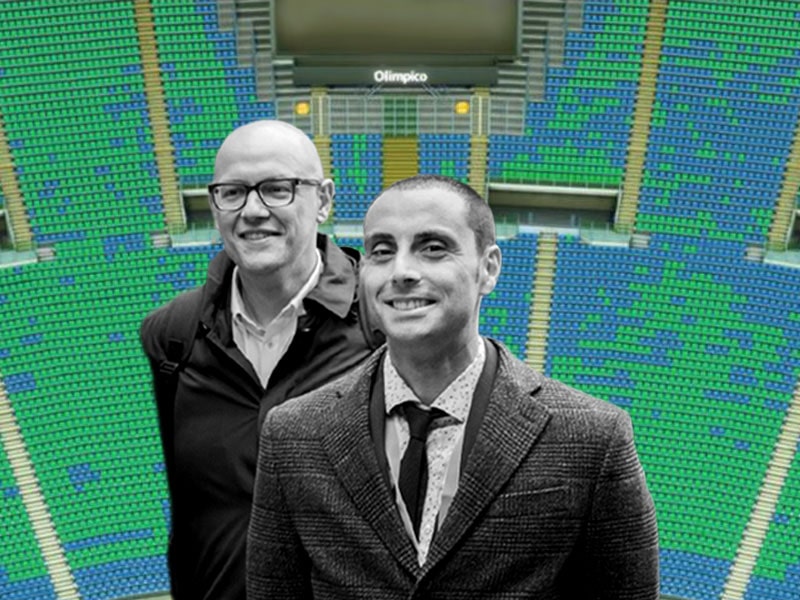 Fans eager to see their heroes in action at venues can take the help of 3D Digital Venue’s incisive technology and get the seats of their choice through the platform’s seamless ticketing system.

Robert Wilson of Chicago had a tough time while waiting in a queue to get into the Globe Life Park (baseball park) in Arlington, Texas. He was full of beans when he arrived at the venue to watch a baseball match between Texas Rangers and Boston Red Sox early this year. After an hour, Robert was tearing his hair out – he was yet to get an entry into the stadium thanks to a bad mobile application. Like him, millions of other fans could not enter the stadium till the third or fourth innings.

Gabrielle Russo of Italy prefers to forget the “nightmarish experience” he had last year when he arrived at the San Siro football stadium in Milan. A bunch of football fans like him descended in front of the ticket windows and soon the situation turned “chaotic”, as reported by www.italylogue.com.

Even Madonna fan Adela Wong of Singapore “coughed out a huge sum” to watch her favorite singer perform in the island nation. But, the concert turned out to be an absolute debacle as she could hardly get a proper view of the singer due to the poor seating arrangement at the National Stadium.

This is where ticketing platforms like 3D Digital Venue come into play and are striving to give fans the ultimate viewing experience when they walk into a stadium either to watch a baseball or football match or for that matter a concert or an opera – all through their seamless ticketing system.

Conceived in 2012 in Barcelona, the platform gives fans the best stadium viewing experience and provides 3D Digital Venue management solutions for sports and entertainment industry across the world.

Says Lluis Pascual, Chief Marketing Officer of the platform, “Our technology provides a virtual preview (360 degree views) of all seats of the stadium before fans actually walk into the venue to watch an event.”

Pascual explains that the technology is tailor-made to suit the requirements of the fans. Most of the time fans walk out of venues frustrated as their viewing experience leaves much to be desired. This is mainly due to lack of clarity on the website, app or even when fans jostle in the queue in front of the ticket office.

Francis Casado, Head of International Business Development of 3D Digital Venue, informs, “Our ticketing 3D technology give spectators’ interactive 3D views of the seats on their device of choice – laptop, mobile or tablets – before they go ahead with buying tickets. We are committed to give fans the best viewing experience.”

What every fan desires

A vantage viewing point is what every fan desires before buying ticket for an event. More so, in this age of cutting-edge technology when everything is available at a click!

Casado further informs, “We are working with venues, clubs and organizations to develop 3D models of the stadium or theatre to facilitate the paying fans get a good idea of the venue. Our technology is helping clubs sell more tickets and more seasonal ticket packages.”

For the prospective VIP ticket buyers and the corporate clients, VIP3D offers a memorable service experience – fully 3D customized views of luxury suites and premium club hospitality areas. The prized customers can get interactive experience and views from the VIP boxes – through the unique 3D digital platform – before they purchase tickets.

Soccer is emerging as the fastest growing sports, especially in football crazy nations like Germany, Italy, France, Spain and England. Casado shares, “When we set up in 2012, we understood that the soccer market had some attractions. Presently, we are operating in 16 countries around the world and our major market is in UK, US, Italy and Spain.”

The platform boasts of Spanish footballing giant Barcelona and Wembley among its clientele. They are mainly working with the clubs with an eye on the soccer market.

They are not into the ticketing business per se – they are only helping fans get a pretty good idea of what they are paying for.

Fighting through traffic and parking to get to watch an event already gets on fans’ nerves. And in countries like Germany and Italy where people are married to soccer, fans would give their right arm to see their demi-gods in action.

What these fans want is just a hassle-free experience and vantage viewing points. Platforms like 3D Digital Venue help organizers get an engaged audience and create a virtual world for fans by helping them virtualize venues before they are actually there!

By effectively helping to sell tickets, the platform is also helping the sports and entertainment industry to translate the same into more revenue.
As Francis Casado sums up, “We are taking a qualitative leap in all aspects. We are part of amazing projects such as Texas Rangers new stadium construction.”

Pascual says that their future plans include “venturing more into the US market”.

If you want to read further to receive valuable bits of advice to be implemented in your future projects; click here!