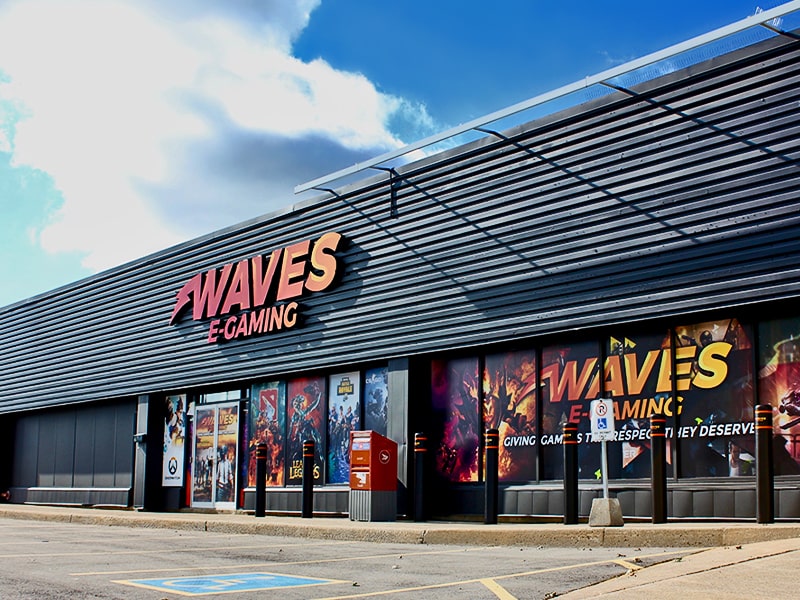 Waves E-Gaming is over 14,000 sq. ft and boasts over 100 PC and console game stations at its facility, which is on the border between Toronto and Vaughan in Ontario, Canada. It claims to be “the first dedicated esports facility in Canada” and provides space for socializing, streaming, and event hosting.

Ben Feferman, CEO of Amuka Esports, spoke on the development in a press release sent out, “Esports is all about community. We’ve built several great brands that are driving tremendous value, but we required a physical space to bring them all together. Waves will not only be the new headquarters for our company but will also serve as the community headquarters for Canadian gamers.”

Waves E-Gaming co-founder Khaled Sherif will take over the reins at Amuka Esports as Chief Operating Officer (COO), where he will look to develop synergies with other assets in the company’s portfolio, including Organized Gaming, Level Six, Mount Phenom, and an unannounced tournament team.

Commenting on the deal, Ahmad Al Jamal, Co-founder of Waves E-Gaming, said, “It’s been amazing what we’ve been able to build in just one short year. We are very excited about some big changes coming to the facility like a new restaurant, a bar, and more production space. This will be Waves 2.0 and these upgrades will really make this a world-class facility.”

Waves were co-founded by Ahmad Al Jamal who opened the doors in December 2018. As an avid gamer himself, he wanted to create an enriching gaming experience for the local community.

The demand for esports venues continues to remain strong in 2020. Many commercial real estate owners are turning to esports to add an improved look to older retail malls and attract a completely different demographic.

Amuka Esports Chief Financial Officer (CFO) Aaron Meckler is developing a new blueprint for property owners to be able to get esports venues into their malls and plazas without the prohibitive capital expenditures typically involved.

“There has been a retail reckoning as many stores are losing out to Amazon and the other ecommerce behemoths. Esports is a new stream that thrives on an in-person experience and if done properly, can reverse the tide of many retail spaces,” Meckler observed.

“One of things that sponsors always tell me are they want the ability to own multiple verticals during their campaigns. With Waves now a central part of the Amuka Esports hub, we’ll be able to better activate with our current and new sponsors, in ways we were never able to do before,” Meckler added.

With a new partner, it means Waves can start creating and hosting more world class events. According to Community Manager Laura Eichhorn, “Having a full tournament, content and media team behind us, will be a game-changer for the team. We’re now rolling out some major events in Smash, Rainbow Six and CounterStrike that will take gaming in Toronto to the next level.”

« Previous News: Cessna Stadium in Kansas to be torn down
» Next News: Bundesliga to resume in Germany from May 16