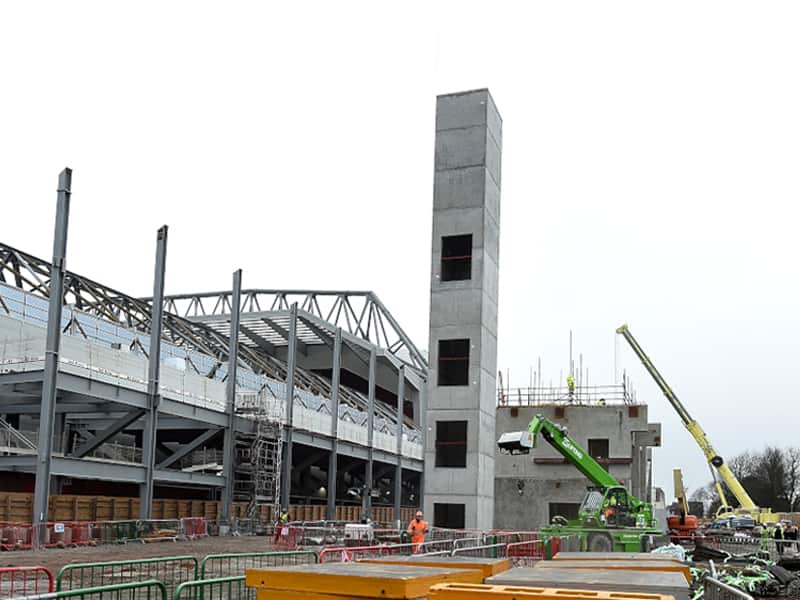 The expansion of the Anfield Road Stand of the Premier League team Liverpool F.C. (UK) continues to take shape as the latest behind-the-scenes construction images reveal.

The ‘Liverpool FC’ stated that the Central and East cores are well underway, with formwork surrounding the central core being prepared to receive concrete.

The ‘Liverpool FC’ further stated that the lift shaft number four is complete and reaches around 40 feet above the ground, to serve all floors and the roof level.

Work on the stand expansion, which will add, as earlier mentioned, around 7,000 seats to the stadium’s overall capacity, began in September 2021 and is nearing its first six-month milestone.

Developing behind the existing Anfield Road Stand allows full capacity on matchdays to continue without any disruption. Completion of the works is anticipated ahead of the 2023-2024 seasons.