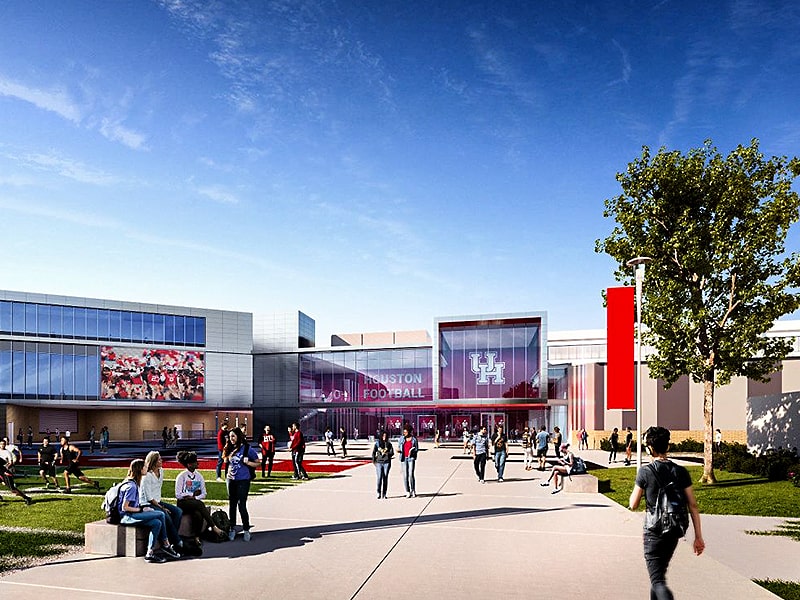 The University of Houston Athletics Department (US) has received an anonymous $10 million pledge to support its planned state-of-the-art Football Development Center (FDC). The gift is part of Houston Rise, the newly launched $150 million fundraising campaign centered on competitive excellence in the Big 12 Conference.

‘University of Houston’ stated that considered the cornerstone of a new, championship era in the Big 12 for Houston Football, the FDC will represent a transformational resource to instantly impact recruiting, student-athlete development and competitiveness. With the University of Houston (UH) set to officially join the Big 12 in July 2023, the gift provides an immediate momentum boost at a critical time in the program’s history.

The Houston Cougars are the athletic teams representing the University of Houston. Informally, the Houston Cougars have also been referred to as the Coogs, UH, or simply Houston. The teams compete in the National Collegiate Athletic Association (NCAA’s) Division I and the Football Bowl Subdivision as members of the American Athletic Conference.

The Big 12 Conference is a college athletic conference headquartered in Irving, Texas, US. It consists of 10 full-member universities. It is a member of Division I of the National Collegiate Athletic Association for all sports.

‘University of Houston’ quoted Chris Pezman, Vice-President for Athletics, as stating, “An eight-figure gift is rare. To have someone who believes in us, our mission and the direction we’re going while entrusting us with a significant gift is humbling. I cannot express our true appreciation. It’s incredibly impactful and it makes a very definitive statement about where we’re going and what we’re doing.”

Said Renu Khator, University of Houston President, “This incredibly generous gift brings us one step closer to a new home for Houston Football as we continue to invest in and strengthen all of our athletics programs. I’m thrilled by the outpouring of support from our alumni, fans and supporters. Investing in our student-athletes and facilities is essential to success on the national level and we are committed to doing just that in the Big 12.”

Estimated to stand at 100,000 square feet, the Football Development Center will reflect the Athletic Department’s drive to compete for championships in the Big 12. The FDC will feature cutting-edge amenities and service Houston Football student-athletes and coaches in an unprecedented manner. Perhaps most importantly, it will instantly impact Houston’s recruiting efforts, with the competition for talent across the country at an all-time high.

Head Football Coach Dana Holgorsen said, “The Football Development Center is the missing piece for us at the moment. Our infrastructure is relatively sound but without the FDC, we are well behind our peers. This brings us up to standard and gives us a resource that will allow us to compete for the talent we need to win in the Big 12. Thank you to those who have and will come forward in support. This project is paramount to our goals for Houston Football.”

Houston Athletics and its fundraising division, Cougar Pride, hope the $10 million gift will motivate other major gift donors to come forward and invest. To date, the results are promising with the department expected to announce additional significant contributions in the coming weeks.