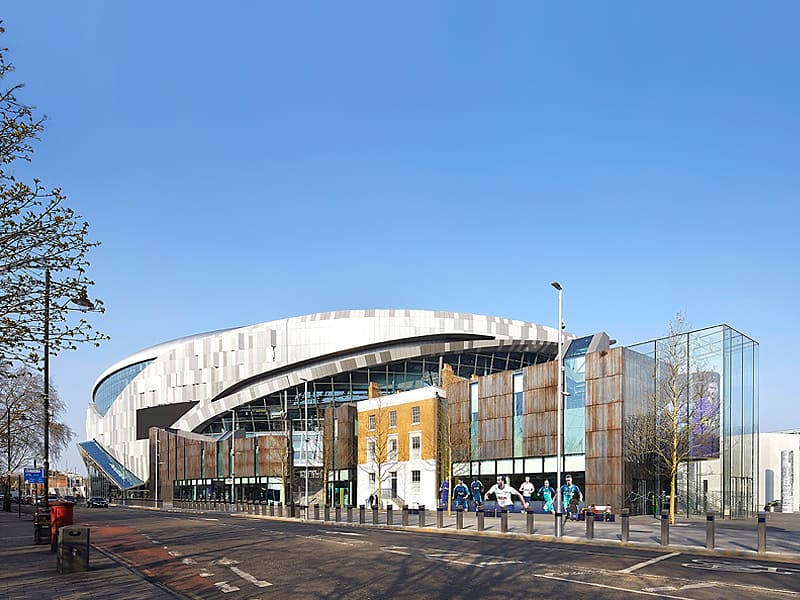 Euro 2020 which is presently underway has come like a breath of fresh air for a ‘cooped up’ world debilitated by COVID-19 which continues its seesaw in several parts of the globe as the Delta variant of the virus continues to devastate. Though most of the cultural venues across the world continue to be inexplicably hampered by stringent COVID-19 protocols, a new gallery is opening in the United Kingdom that cleverly combines the two.

‘The Art Newspaper’ stated that OOF, the magazine that mines the rich seam of where art meets football, will launch a permanent space on July 23rd in the grounds of the Tottenham Hotspur Football Club in North London, the first UK team that can boast a commercial art gallery in its pad – the Tottenham Hotspur Stadium.

The Tottenham Hotspur Football Club, commonly referred to as Tottenham or Spurs, is an English professional football club in Tottenham, London, which competes in the Premier League.

The Tottenham Hotspur Stadium is the home of Premier League club Tottenham Hotspur in North London, replacing the club’s previous stadium, White Hart Lane. With a seating capacity of 62,850, it is the third-largest football stadium in England and the largest club stadium in London.

‘The Art Newspaper’ further stated that the publishers behind OOF have been organizing exhibitions for the past three years.

Eddy Frankel, the Chief Art Critic for Time Out and OOF Co-Founder, stated, “Our hope was that we were going to curate bigger and bigger shows in different places. So, wherever there was a World Cup or a European championship, we’d be able to curate an exhibition in a big museum.”

But then they came up with the concept to open something more permanent, less nomadic as Frankel, a staunch Spurs fan, continued, “I liked the idea of people walking to the match and going past art, like a window gallery. So, I just approached the club and said, ‘I’m Time Out’s art critic and I run this magazine. Can we open a gallery in your stadium?’ And somehow they liked the idea.”

The gallery occupies the Grade II listed Warmington House wedged within the venue’s walls and is accessed through the club’s shop, which receives 20,000 fans on matchday. That means nearly one million visitors could potentially visit OOF gallery in one season, on a par with some of London’s biggest institutions.

Frankel is savoring every moment of the opportunity to bring art to a wider audience – “We’re not curating shows for art snobs or people who have degrees from Goldsmiths (read Department of Art, University of London) or the Courtauld (self-governing college of the University of London specializing in the study of the history of art and conservation). We’re curating specifically for people who would not normally go to a gallery.”

The first show is aptly titled ‘Balls’ and features sculptures of footballs. The whole exhibition idea was conceptualized when OOF co-founder Justin Hammond started posting images online of footballs that were works of art with the hashtag #uselessfootballs.

As Frankel explained, “They were useless because you couldn’t kick them because they are worth so much fucking money. It dawned on us that this was a good idea for a show so we both started contacting the people who owned these works, gallerists like Sadie Coles, who were really helpful.”

The exhibition brings together older pieces by big-ticket names such as Hank Willis Thomas (American conceptual artist), Marcus Harvey (English artist and painter) and Sarah Lucas (English artist), who created a number of works including a concrete ball for a show dedicated to the former Arsenal F.C. star Charlie George in 2002, and new commissions by artists including Lindsey Mendick (British sculpture artist) and Rosie Gibbens. Some of the works have been loaned but the majority are for sale. Prices are not just pitched at wealthy footballers, ranging from £2,500 to £50,000, with editions available at £200.

Nonetheless, Frankel says he is ready to face backlash from few Spurs fans – “We’re ready for it. But we are also massive football fans. And we’re coming at it from a football perspective. Football is a way of looking at society – we’re talking about celebrity and obsession and success through the lens of football, which I think makes it really appealing to lots of people. We hope the gallery will be good for the area.”