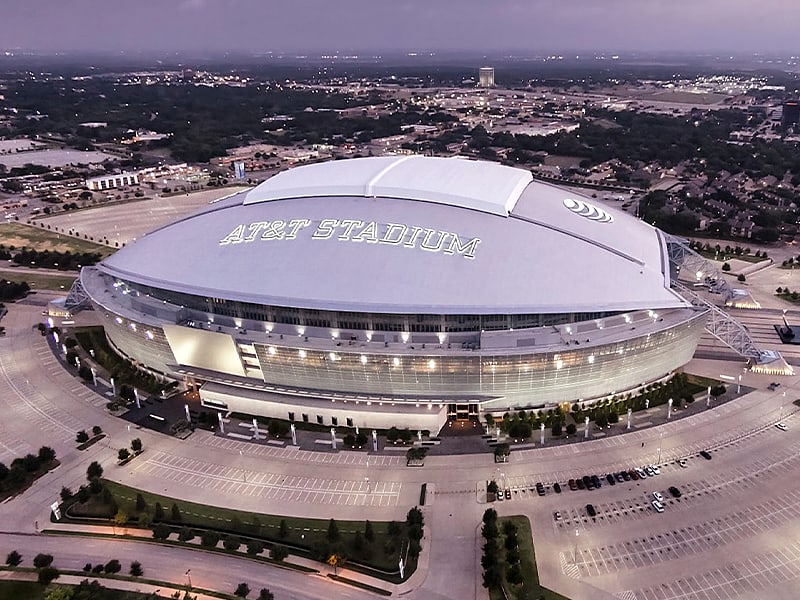 The National Football League (NFL) team Dallas Cowboys are planning up to $295 million in upgrades to their home facility – the AT&T Stadium in Arlington, Texas (US) – the most extensive renovations to the facility since it opened in 2009, sources said.

‘Sports Business Journal’ stated that the work is not intended to radically alter the general look and feel of the 100,000-seat venue, sources said, but is instead designed to refresh premium spaces ahead of some key lease renewals and upgrade technology and other back-of-the-house services ahead of the 2026 FIFA World Cup™.

The 80,000-capacity AT&T Stadium, formerly Cowboys Stadium, is a retractable roof stadium in Arlington, Texas, United States. It serves as the home of the Dallas Cowboys of the National Football League, and was completed on May 27th, 2009.

The 2026 FIFA World Cup™ will be the 23rd FIFA World Cup™, the quadrennial international men’s soccer championship contested by the national teams of the member associations of FIFA. The tournament will be jointly hosted by 16 Cities in three North American countries: Canada, Mexico and the United States.

‘Sports Business Journal’ further stated that the timing is not unexpected. While still one of the NFL’s leading venues by reputation, stadium best practices have evolved rapidly alongside changing consumer demands, and other, newer venues – namely the 70,000-capacity SoFi Stadium near Los Angeles – have claimed the cutting-edge mantle since 2009. AT&T has only hosted a single Super Bowl, in 2011, and Cowboys owner Jerry Jones wants to ensure the stadium remains competitive for Super Bowls and other major events, such as the National Collegiate Athletic Association (NCAA) Final Four and WrestleMania.

The Cowboys will seek help paying for the project by asking the rest of the league for approval to withhold their normal contributions to shared gate revenue, a common method of paying for stadium upgrades. Sources emphasized the total price tag for the work may match the $295 million “visiting team share” waiver request. To finance the work, the team is also seeking a waiver to the NFL’s usual $600 million team debt limit.