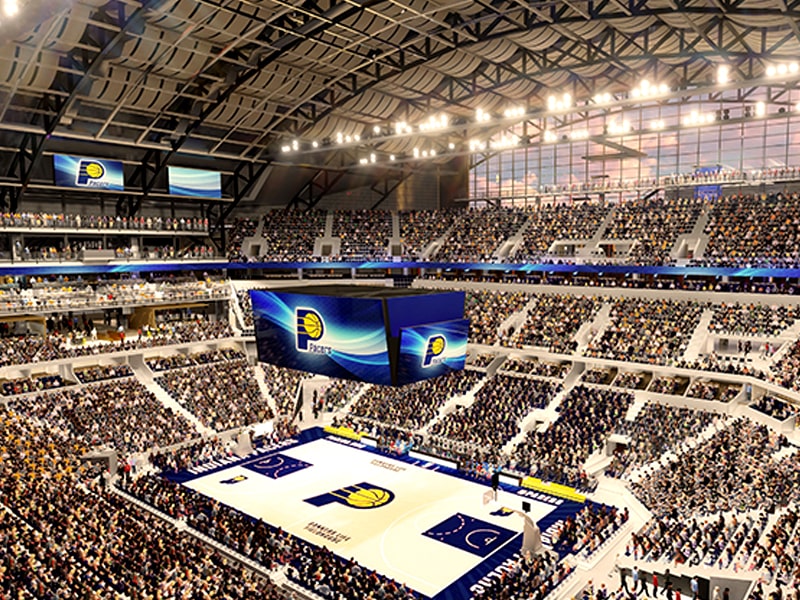 The Bankers Life Fieldhouse, home to the Indiana Pacers, is poised to undergo major improvements now that the NBA team has agreed to stay in Indianapolis, according to media reports.

The deal includes $360 million for capital improvements composed of an estimated $270 million from state and Capital Improvement Board of Managers sources and $65 million in private investment from Pacers Sports and Entertainment, according to reports. The city is contributing $25 million for public infrastructure needs.

The plan also includes investments in technology of up to $113 million.

Phase one of construction will see interior renovations and is scheduled to run from February 1 to October 1, 2020. Phase two includes an entry pavilion expansion and exterior construction, which will take place after the NBA All-Star Game in 2021. Phase three will take place in 2022 and will complete the entry pavilion expansion, exterior plaza, and remaining interior renovations.

The renovation project also will reconfigure some of the seating in the fieldhouse to allow for more gathering spaces—a trend that other recently updated arenas have been embracing. The fieldhouse, which opened in 1999, cost $183 million to construct.

The expansion involves tearing down the parking garage on Maryland Street between Pennsylvania and Delaware streets and eliminating the alley that runs along the north side of the fieldhouse.

The parking garage will not be torn down until after the NBA All-Star Game in 2021.

Rick Fuson, president and chief operating officer of the Pacers, said the outdoor plaza will be a public gathering space that could be used for events like live music and include an ice skating rink in the winter. “It becomes a year-round entertainment opportunity,” Fuson said.