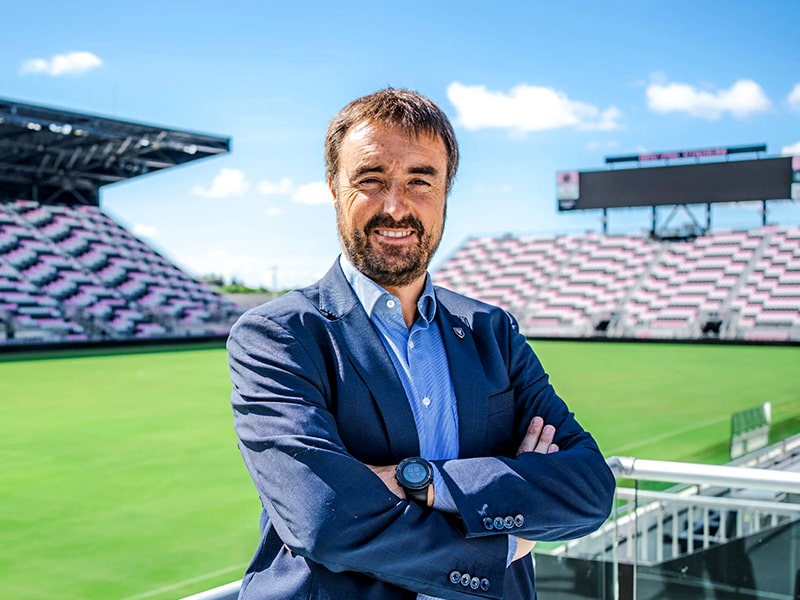 The Major League Soccer (MLS) team Inter Miami CF (US) has named Victor Oliver Senior Vice-President, Facilities Revenues and Operations for the club. The former FC Barcelona (Spain) executive will join Inter Miami CF after six seasons with the LaLiga club and 20 years of experience in business strategy and revenue.

‘Inter Miami CF’ stated that Oliver, who is pending receipt of his authorization to work in the United States, will lead Inter Miami CF ticketing and all related facilities departments at the club, including ticketing, parking, meetings and events, food and beverages, and operations. Oliver will report directly to the Chief Business Officer, Xavier Asensi.

Club Internacional de Fútbol Miami, known in English as Inter Miami CF or simply Inter Miami, is an American professional soccer club based in the Miami metropolitan area. Established in 2018, the club began play in Major League Soccer (MLS) in the 2020 season.

The 18,000-capacity DRV PNK Stadium is a soccer-specific stadium in Fort Lauderdale, Florida (US). Built on the site of the former Lockhart Stadium, the 18,000-seat stadium is the home pitch of Inter Miami CF of Major League Soccer (MLS) and its MLS Next Pro reserve side Inter Miami CF II.

The 99,354-capacity Camp Nou, officially branded as Spotify Camp Nou for sponsorship reasons, is a football stadium in Barcelona, Spain. It has been the home stadium of FC Barcelona since its completion in 1957.

Asserted Asensi, “We are excited that we can attract someone of Victor’s caliber to our club, and believe he will be an extremely integral addition for us, particularly as we grow our season ticket base and prepare for Miami Freedom Park.”

The Miami Freedom Park is a proposed 25,000-seat soccer-specific stadium to be built in Miami, Florida, United States to become the home of Major League Soccer team Inter Miami CF.

Observed Oliver, “Major League Soccer has big aspirations to become one of the premier fútbol leagues in the world and it is on that trajectory. Inter Miami CF is a club with immense potential playing in a league on the rise and as a soccer fan and executive, I find that very exciting. With Miami Freedom Park coming in 2025 and the FIFA World Cup™ coming to Miami in 2026, I look forward to helping Inter Miami achieve its goal to become the top club in North America.”

Oliver achieved many successes during his tenure with FC Barcelona, most notably, Oliver implemented a new ticket sales system based on predictive modeling to increase sales considerably for the club. FC Barcelona had their highest revenue game during Oliver’s tenure. The club also generated more stadium revenue than any club in Europe and opened the innovative first-of-its-kind Barça Cafe in FC Barcelona facilities under Oliver’s leadership, which created more opportunities for fans to enjoy the Barcelona brand and experience. In addition, FC Barcelona’s Sports Museum and Tours welcomed the most visitors in the world and secured the highest revenue in the world among sports museums while Oliver was at the helm.

FC Barcelona boasts the largest stadium in Europe in Camp Nou with 99,354 seats and more than 100 concession points of sale. The club has more than 80,000 Season Ticket Members. The Camp Nou Tour & Museum is also the largest in sports. Oliver led FC Barcelona to +40M euro revenue per year (prior to the global pandemic), with +1.8M visitors per year.