Basketball arena to come up in Texas City 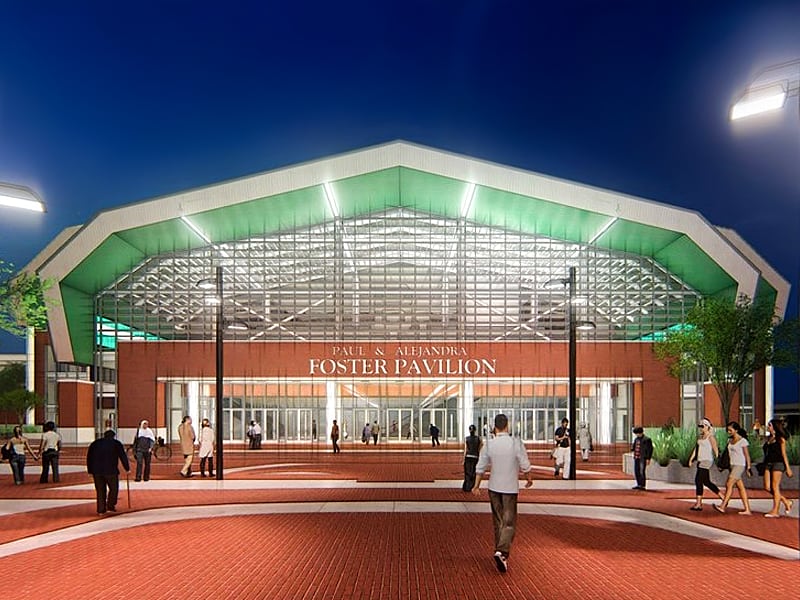 The Waco City Council (Texas, US) signed off on December 21st a deal with Baylor University intended to set up $700 million in downtown-area riverfront development with Baylor’s $185 million basketball arena as a centerpiece.

The ‘Waco Tribune-Herald’ stated that the City Council approved the nonbinding deal, along with contracts with several firms to provide design or consulting services, after a joint meeting to discuss the pans with McLennan County Commissioners earlier in the day.

The Baylor University is a private research university in Waco, Texas (US). Baylor was chartered in 1845 by the last Congress of the Republic of Texas. Baylor is the oldest continuously operating university in Texas and one of the first educational institutions West of the Mississippi River in the United States.

The ‘Waco Tribune-Herald’ further stated that during the meeting, Waco City Manager Bradley Ford said the City’s desire to develop the riverfront area dates back to at least its 1968 comprehensive plan. He said the agreement with Baylor is “monumental”.

The City is planning to make a $65 million Tax Increment Financing Zone contribution to Baylor’s Paul and Alejandra Foster Pavilion. That facility is slated for completion in 2024 and to double as an entertainment venue for the City, which would be able to book events in the space for 90 days of the year.

Catalyst Urban Development is the midst of a project, which it calls Riverfront, with apartments and commercial space taking shape on City-owned land along University Parks Drive a couple blocks down from the arena site. Residents are expected to start moving into the new Catalyst-built apartments on both sides of the University Parks in the next four to five months, Ford said.

Catalyst will expand initial plans and incorporate its construction with the facilities around the arena. With the exception of a Ben E. Keith Co. facility at 320 S. University Parks Drive, related developments between the river and University Parks are planned to extend from Interstate 35 to Franklin Avenue. A hotel and parking garage are planned on the interstate side of Clay Avenue, and a block with restaurant and retail space is planned on the Franklin side of Clay.

Baylor University President Linda Livingstone said I-35 has long been a barrier between students and the rest of Waco, but planned pedestrian improvements under the highway will help bridge that gap long-term and serve as a draw for future students and potential faculty – “Our students love Waco. Many of them want to stay in Waco. Even if they don’t stay, they love being here. While they’re students, they want to engage with the community, and as downtown has developed they’ve spent more and more time here and this will just enhance that even more.”

Ford said the City needs to catch up to Baylor’s progress on the City portion of the project, hence the related resolutions on the agenda to get design work rolling. He said renderings showing the riverwalk area behind the arena are just conceptual. Plans to raise the riverwalk are intended to limit disruptions when the river level rises because of rainfall or releases from upstream reservoirs.

Ford further added that the development will turn the area into an “18-hour” district that stays active for 18 hours a day, not one that goes dormant after about 5 or 6 in the evening, justifying more restaurants and stores and longer hours for the ones already there.

Assistant City Manager Paul Cain said the City might extend the life of Tax Increment Finance Zone No 1, now scheduled to expire in 2032, to 2052 to support more development in the area. A portion of the property tax revenue collected from the zone is limited to use only in the zone.

Part of the updated development plans also call for an $80 million City performing arts center. Under the agreement approved on December 21st, called a memorandum of understanding, Baylor would give the City $20 million over 10 years to help fund the performing arts center and $500,000 to help launch a center for Science, technology, engineering, art, and Maths.

Council Member Jim Holmes said the agreement with Baylor University would spur business in downtown, and using TIF money would help the zone “feed on itself” by generating more revenue.

The ‘Arena Digest’ stated that if all goes well, the new 7,000-seat arena would open in January 2024 and anchor an expected $700 million in downtown riverfront redevelopment in coming years. Baylor has been working for several years on a plan for a Ferrell Center replacement. The project ended up growing past just a new campus facility and into something much larger.

Though home to Baylor basketball, it would be a City-run facility and will be used for a variety of events as well. The City expects to contract with an arena-management firm and hold approximately 90 events and concerts in addition to the basketball games. It’s a complicated deal, to be sure, with the City, donors, the University and development Catalyst Urban Development all involved. But it’s certainly a transformative development for downtown Waco, billed as a bridge between downtown Waco and the Baylor campus.

The ‘Arena Digest’ further stated that the facility will also include a development center for men’s and women’s teams and offices for coaches.

Donor interest in the project is strong. Baylor already has $90 million available from donors, including $75 million from the Foster family. Interest has only grown since the men’s team won the national championship in 2021, and the women’s team, which won its last national title in 2019, remains highly ranked.