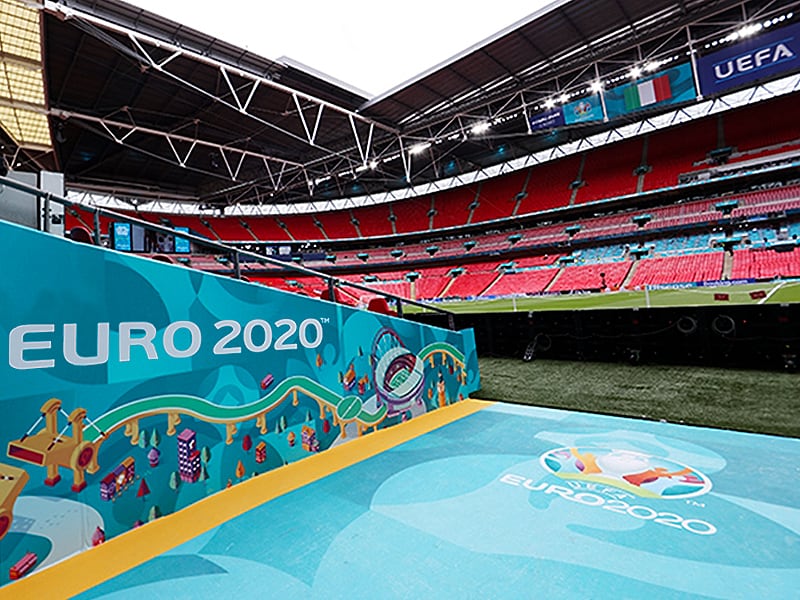 An independent Review of events surrounding the UEFA Euro 2020 Final ‘Euro Sunday’ at Wembley Stadium on July 11th, 2020 was carried out by Baroness Casey of Blackstock DBE CB, a British Government official working in social welfare. It was indeed a ‘shame moment’ not only for the whole of United Kingdom but also for the Wembley Stadium authorities with the monstrous side of few England fans coming to the fore.

The ‘FA (Football Association)’ stated that the events of July 11th, 2021 (Euro Sunday) at Wembley Stadium were a ‘near miss’. It was close to fatalities incident and/or life-changing injuries for some, potentially many, in attendance. That this should happen anywhere in 21st century Britain is a source of concern. That it should happen at United Kingdom’s national stadium, and on the day of the biggest game of football for 55 years, is a source of national shame.

The events of July 11th, 2021 (Euro Sunday) were sad and disgraceful in equal measure. The behavior of these individuals put the safety and security of thousands of law-abiding fans (not to mention the staff and police officers at Wembley) at risk.

There was no method in the madness and it was total mayhem when groups of England fans without tickets forced their way through the Wembley turnstiles before England’s Euro 2020 final against Italy on July 11th, 2021 which Italy defeated England on penalties. Italy was crowned the European champions after shootout win over England.

Supporters breached security barriers outside the stadium and squeezed behind ticket-holders or burst through the electronic gates that allow entry to the concourses and seats. Witnesses said the numbers may have been in the hundreds. There were unconfirmed reports that hundreds of fans charged towards a disabled entrance door when it opened.

The Football Association (also known as The FA) is the governing body of association football in England and the Crown dependencies of Jersey, Guernsey and the Isle of Man. Formed in 1863, it is the oldest football association in the world and is responsible for overseeing all aspects of the amateur and professional game in its territory.

Responsibility for that risk to human life lies with the individuals without tickets – nearly all men, it has to be said – who attacked the stadium, successfully or otherwise. The whole episode was “shocking and intolerable”.

There are always wider lessons to be learned from such events.

While the FA staff did not want the England team to lose that night, such was their concern for what might happen in the event of an England victory, they ended up with a feeling of huge relief at the result. In the end the penalty shootout went Italy’s way, the rain came down and the crowds dispersed largely quietly.

The England team was in a major tournament final at their home ground. It also came at a time when the country was being released from COVID-19 restrictions and beginning to put a year of immense national difficulty behind it. Everybody wanted to get behind the England team, celebrate them, the country and the national game.

Of course, the United Kingdom should celebrate the team and their achievements. There is no question, however, that the day was spoiled by a horde of 6,000 or more ticketless fans, many of whom were no more than mindless thugs.

The outpouring of vile racist abuse that followed in the days after only made this worse. These men may wear England shirts but they can’t be allowed to represent the country. The country choose instead to be represented by the England team, and by organizations like the Football Supporters’ Association, who support all decent law-abiding football fans, England supporters or otherwise, and were on the ground to assist visiting Italian fans that day.

The biggest challenge for the FA lies around the culture that led some individuals on the day at Wembley, and in the days after on social media, to choose to behave in this way. What makes people believe that it is somehow acceptable to break into a stadium or abuse disabled entrances just because it is a big match or there are spare seats inside? Why on earth should Black footballers be expected to continue to play for their country amid racist abuse from their own countrymen?

That is partly about what the FA and football can do to keep these people away from grounds. But also need a national conversation about greater civility and responsibility that goes far beyond what one sport alone can do. A national effort that truly kicks out racism and hooliganism from football and society at large would be a fitting tribute to the England team, and all those of us who love our national game and our country for the right reasons.

Around 100,000 people traveled to Wembley on the day of the Final (‘Euro Sunday’) of which approximately 2,000 gained entry to the stadium without tickets, often targeting disabled pass gates. Around 400 of them, principally those who attempted to ‘tailgate’ through turnstiles, were ejected. With extraordinary force and recklessness, some fans pulled apart emergency fire doors from the outside or opened them from the inside.

In all, 17 mass breaches of Wembley’s gates occurred during a period stretching from 90 minutes before kick-off until the penalty shootout.

The behavior of ticketless fans created risks of progressive crowd collapse on staircases, door-wedging, trampling in crowds, barrier collapse, and entrapment. The Review found that the events of July 11th at Wembley Stadium saw a series of ‘near misses’ which could have led to significant injuries or even death.

The Euro 2020 final was held in the midst of the COVID-19 pandemic which had the United Kingdom in its throes. Therefore, a fundamental tension that existed between controlling COVID-19 and managing crowd safety around Wembley Stadium. A number of consequences flowed from this:

Added to that was the fact that England men’s first final in 55 years coincided with the imminent lifting of social distancing restrictions (so-called ‘freedom day’). This contributed to a sense of national euphoria, and it is easy to see why so many agencies described this as the ‘perfect storm’.

The Review found that the arrival of large numbers of ticketless fans at Wembley on the day of the final was predictable. What was unexpected was the ferocity and scale of these efforts. The behavior of those who may not have come to Wembley planning to get into the stadium but joined in, often violently, when it became apparent that this was possible, was particularly striking.

However, warning signs (involving earlier matches in the tournament) were not recognized as parts of a bigger picture of trouble looming. This was largely due to assumptions that trouble was more likely to flare after the game and across London.

The Review confirms that before the final, Wembley was aware of concerns around the experience, age and training of stewards, as were their partners. The security industry had been hit hard by loss of personnel during the pandemic.

These problems meant Wembley went into the biggest football match in 55 years struggling to get the quality of stewards it needed. This vulnerability was tested by the most intoxicated and aggressive crowd the stadium had ever encountered. Many stewards showed courage in the face of unprecedented violence and aggression. Ticketed fans’ recognition of their efforts is reproduced in this report. The Brent Council staff also showed great professionalism and bravery on the day.

A 3 pm to 3 am deployment had been planned for that Sunday. This gave the police 12 hours to be on the ground, with officers in place a full four hours ahead of kick-off. The MPS also planned for a very significant risk across London that day in central areas, at Wembley and in the ‘town centers’ of outer boroughs. The total number of officers planned for Wembley that day was substantially higher than for a club game in the same risk category.

As it turned out, the planned deployment of these higher numbers at 3 pm was too late in the day to provide a visible uniformed presence as fans started arriving and gathering in large numbers in the morning.

A 3 pm to 3 am deployment had been planned for that Sunday. This gave the police 12 hours to be on the ground, with officers in place a full five hours ahead of kick-off. The MPS also planned for a very significant risk across London that day in central areas, at Wembley and in the ‘town centers’ of outer boroughs. The total number of officers planned for Wembley that day was substantially higher than for a club game in the same risk category.

As it turned out, the planned deployment of these higher numbers at 3 pm was too late in the day to provide a visible uniformed presence as fans started arriving and gathering in large numbers in the morning.

The violence directed towards the police was appalling and those fans responsible should face severe consequences.

The police fought a rear-guard action around the stadium with considerable skill and courage, stabilizing the situation shortly after kick-off and ensuring the match was able to progress. The extraordinary use of force to destroy stadium infrastructure and attack stewards and the police was described by many stakeholders as unprecedented.

However, while the ferocity of their aggression was clearly a shock, neither was it completely unexpected. Indeed, some would argue it fitted a pattern of behavior that has come to be associated with England supporters over decades. The same could be said about the racist abuse which was directed at England’s Black footballers and at Italians, both inside the stadium and online.

The ‘FA (Football Association)’ further stated that it is striking that had such behaviors taken place in a different context, for example, in an airport, or on public transport, the penalties facing those involved would have been a lot more serious.

The Review made five recommendations for national consideration and three specifically for the FA and Wembley and its partners:

The FA and Wembley should strengthen plans for safety both physical and human, ahead of any matches or events of significant risk. This should include but not be limited to: 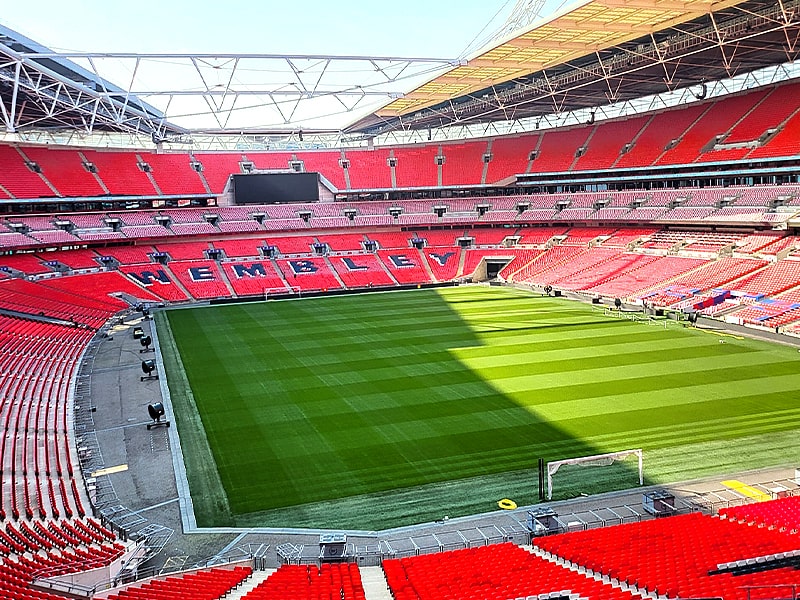 Jacksonville Jaguars to be back at Wembley 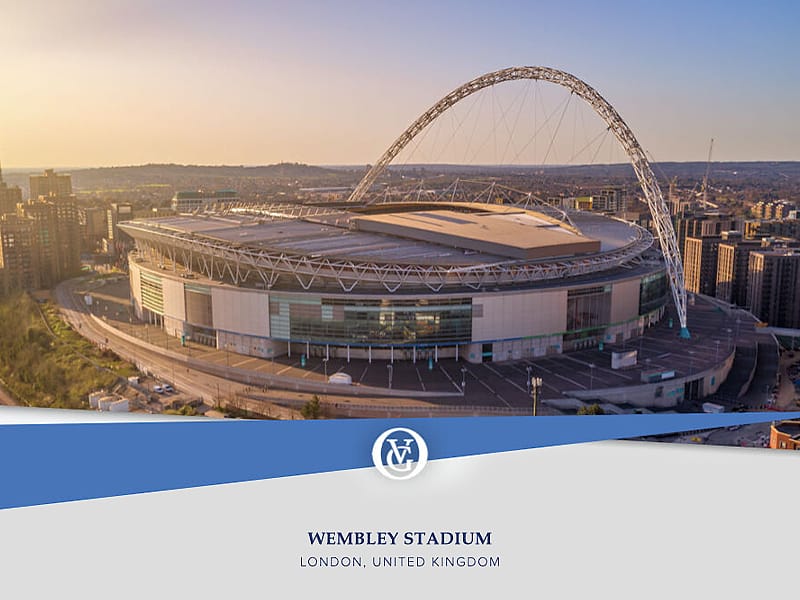