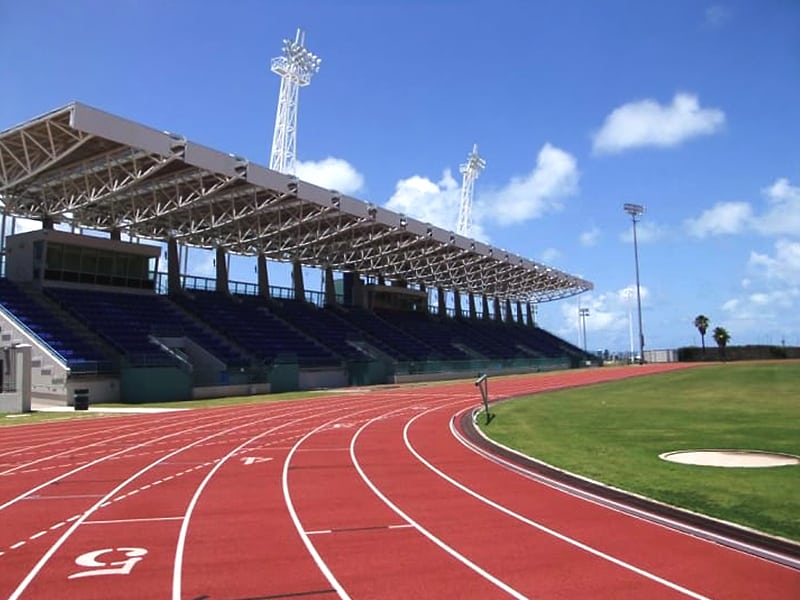 The ‘ForeverBermuda.com’ stated that the events on hand will include a motorcade, the renaming of the National Sports Centre’s South Field Stadium to the Flora Duffy Stadium, the renaming of Corkscrew Hill to Flora Duffy Hill, a special recognition by the Bermuda Post Office, an artistic mural announcement, and a Flora Duffy statue being commissioned.

Flora Jane Duffy OBE is a Bermudian triathlete and Olympic gold medalist. She won a gold medal at the 2020 Summer Olympics in Tokyo, Bermuda’s first gold medal. She also competed in the Olympics in Beijing (China), London (UK) and Rio de Janeiro (Brazil).

The ‘ForeverBermuda.com’ further stated that in addition, the Government also confirmed that a bronze bust of Bermuda’s first Olympic medalist Clarence Hill will be commissioned to “celebrate his achievement as part of Bermuda’s Olympic success”.

A Government spokesperson said, “On October 11th, Bermuda’s first Olympic Gold Medalist, Flora Duffy, finally returned home to Bermuda after enjoying a championship triathlon season overseas. As the public is aware, October 18th has been designated a public holiday in recognition of Flora’s extraordinary success at the 2020 Tokyo Olympics.”

The Government spokesperson added, “The Ministry of Youth, Culture and Sport offered a brief update on the celebration and recognition events planned for Duffy to honor her historic achievements. It should be stressed that these events will be in keeping with the current health and safety guidelines in place taking into account the COVID-19 situation. Some of the events and activities include a motorcade for Duffy, including a meeting with local dignitaries for a special presentation. There will also be the renaming of two local landmarks.”

The other special events include:

The Minister of Youth, Culture and Sport, Dr. Ernest Peets, observed, “We hope to see the island participate in these celebratory events in a safe way. We will also make sure that we provide live streaming for many of these activities so that the public can tune in and celebrate Flora in real time. All the events will be recorded and shared soon after via the Department of Culture’s website and via CITV.”

Added Peets, “We’re also inviting the public to send us their video tributes of congratulations so that we can run them all day long during the Flora Duffy Day. We will share more details shortly on how the community can participate. During such a challenging time, seeing our own on the world stage performing like no one before had the effect of bringing us together as a community and as a people. That same unity and togetherness is needed now more than ever.”

Peets continued, “We welcome Flora back home and we will celebrate with her and share in our national pride for her achievement.”

The Government spokesperson further stated, “As an added note, the Ministry recognizes that while Duffy is the first Bermudian to ever win an Olympic gold medal, she is the second Bermudian to earn an Olympic medal, after Clarence Hill won a bronze medal for heavyweight boxing in 1976. In that regard, the Government will also commission a bronze bust of Hill to celebrate his achievement as part of Bermuda’s Olympic success. As it relates to the full schedule of events for Duffy, the Ministry advised that it will issue more details in the coming days.”

« Previous News: El Clásico to be played to a full house
» Next News: Tie Break Tens ‘break’through in Dubai