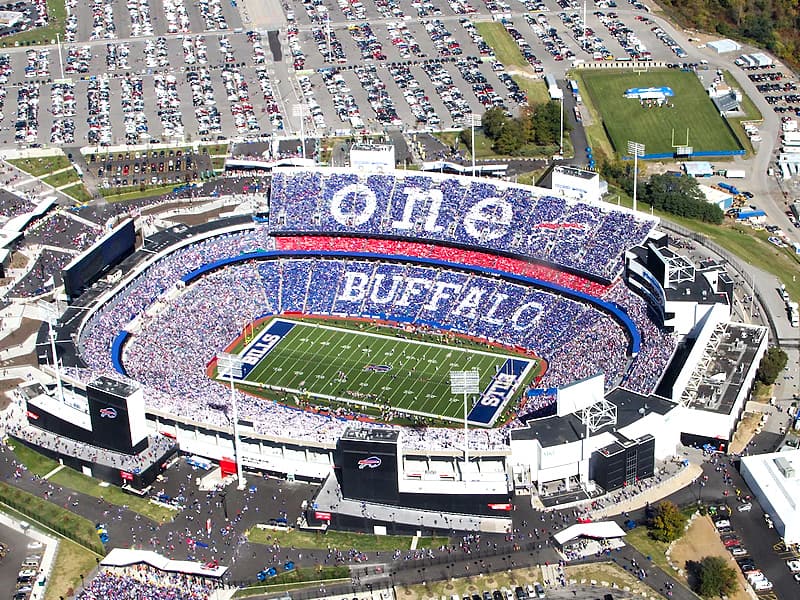 The National Football League (NFL) team Buffalo Bills (US) are planning to build a new stadium with all bells and whistles at Orchard Park in New York.

‘Rochester First.com’ stated that the new venue would be an al fresco space, but with partial covering for fans in the stands. The entire project is expected to require three to five years start to finish.

The Buffalo Bills are a professional American football team based in the Buffalo-Niagara Falls metropolitan area (US). They compete in the National Football League (NFL) as a member club of the league’s American Football Conference East division. The team plays its home games at Highmark Stadium in Orchard Park, New York.

‘Rochester First.com’ further stated that while downtown Buffalo was likely a strong consideration, but going by the cost of the project, it makes more sense to build the same in Orchard Park. Infrastructure costs would be significantly higher to squeeze a stadium in downtown Buffalo relative to the already stadium ready space in Orchard Park. Infrastructure costs are to partly attribute for the 70,000-capacity showpiece Sofi Stadium in Inglewood, California (US) price tag ballooning to over $5 billion.

It’s possible the new facility could be ready for play as early as 2025, but 2026 or 2027 appear a more likely start date. The team still needs to obtain Government nods in a variety of areas, including funding. And this could delay the timeline. The plan for a new facility does create a problem. The lease at Highmark Stadium expires in 2023. That leaves at least one season, if not more, where the Bills would not contractually have a facility for home games.

Talks will definitely be held with the Erie County and New York to extend the lease for the intervening years. However, the team is open to the idea of considering other options for home games. Toronto and Penn State are both possibilities for the Bills should they need a temporary home. It’s still the last option for Bills and they would undoubtedly prefer to avoid.

The holistic experiential services agency Legends Global Sales has been hired to sell sponsorships and premium seats for the new Bills stadium. Legends Global Planning has also been added as an owner’s consultant. Both companies are co-owned by the NFL team Dallas Cowboys owner Jerry Jones and Yankee Global Enterprises. They are branches of the Legends Hospitality Group which was originally formed to operate concessions for both the Dallas Cowboys and Major League Baseball (MLB) team New York Yankees recently constructed stadia.

The stadium plan of the Bills is still in the fledgling stage and could be adjusted. The team also has a lot of negotiations to do with the sometimes fickle and difficult State and local Government, and, of course, all the red tape. Any New York State resident could attest to the folly of assuming the end result to that length of legal wrangling.

One of the goals of the project is to retain the Buffalo “experience” in a new arena. Among other things, that means tailgating and Western New York weather continuing to ride shotgun with the football games.

Orchard Park has been the host for that experience nearly 50 years. If all goes as planned, it’ll be the site for the next 50 years as well.

But, what is not music to the ears for fans is that they may have to travel a considerable distance to see them play home games during part of the construction of the new building, which like Highmark Stadium also will be in Orchard Park, as the Bills are considering Penn State’s Beaver Stadium as alternative site which is quite a distance – 185 miles from Orchard Park.