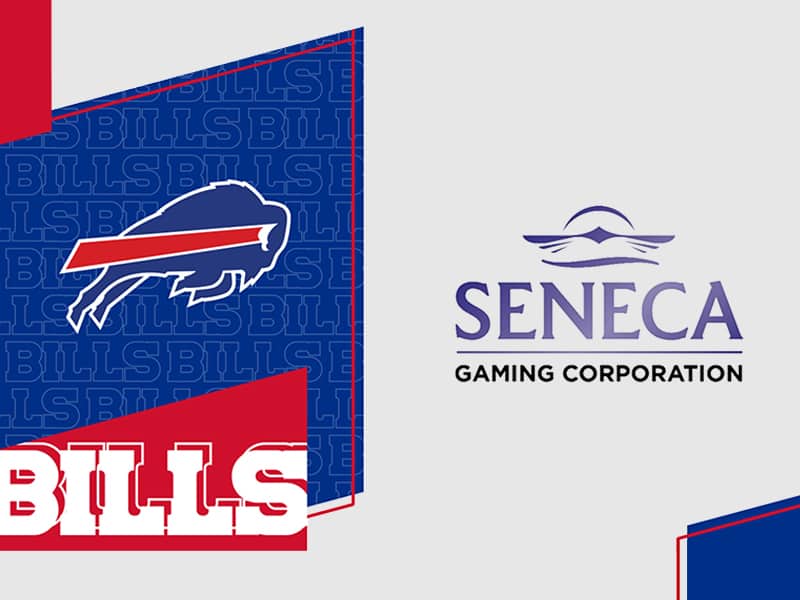 The Pegula Sports and Entertainment announced a five-year partnership extension with Seneca Gaming Corporation as the Exclusive and Official Casino Partner of the National Football League (NFL) team Buffalo Bills and the National Hockey League (NHL) team Buffalo Sabres (US). This extension is part of a decade-long history together, further solidifying the relationship into the future.

The Buffalo Bills are a professional American football team based in the Buffalo metropolitan area. They compete in the National Football League (NFL) as a member club of the league’s American Football Conference East division. The team plays its home games at the 71,608-capacity Highmark Stadium in Orchard Park, New York, US.

The Buffalo Sabres are a professional ice hockey team based in Buffalo, New York. The Sabres compete in the National Hockey League (NHL) as a member of the Atlantic Division in the Eastern Conference.

Seneca Gaming Corporation is a wholly-owned, tribally chartered corporation of the Seneca Nation of Indians, which operates the Nation’s Class III casino gaming properties. Since 2002, the corporation has grown into one of the largest private sector employers in western New York with over 3,000 employees across its three locations.

The ‘Buffalo Bills’ quoted Dan Misko, Pegula Sports and Entertainment’s Senior Vice-President of Business Development, as stating, “Seneca Gaming Corporation has been an important partner of the Bills and Sabres for more than 10 years and we are incredibly excited to kick off five more years together. Seneca Gaming Corporation is always working to have their guests and employees experience the best, many of which are Bills and Sabres fans. We will continue to connect with our fans in fun and unique ways through our partnership and couldn’t be prouder to continue building this relationship with a hometown organization and the Seneca Nation.”

The Seneca Gaming Corporation has enhanced the fan experience with ‘Predict the Bills’ and ‘Predict the Sabres’, which provide fans an opportunity to win great prizes. Fans attending Bills games at the Highmark Stadium enjoy live music on the Billevard at the Seneca Sound Stage. Fans who visit the 19,200-capacity KeyBank Center (home arena of the Buffalo Sabres) have a chance to enjoy the newly renovated Seneca Sports Lounge on the 200-level for happy hour drink specials, interactive free games, Sabres alumni appearances, special giveaways, and more.

Commented Seneca Gaming Corporation President and CEO Kevin Nephew, “Like our professional sports teams, Seneca Gaming Corporation thrives on bringing unmatched energy and excitement to our guests from across Western New York, Southern Ontario and beyond every day. We’re excited to continue our longstanding partnership with the Buffalo Bills, Buffalo Sabres and Pegula Sports and Entertainment and take the fan and guest experience to new heights.”

In addition to focusing on Bills and Sabres fans, a key element of the partnership going forward will involve community initiatives for youth on Seneca Nation territory. The programs kicked off in October with One Buffalo Sports Day, and will focus on the importance of education, living a healthy lifestyle and overall community. Together with the Buffalo Bandits, the Bills and Sabres are partnering to provide sports clinics featuring fun and inclusive football, hockey and lacrosse instructional stations, with visits from alumni and sports equipment for participating youth to take home.