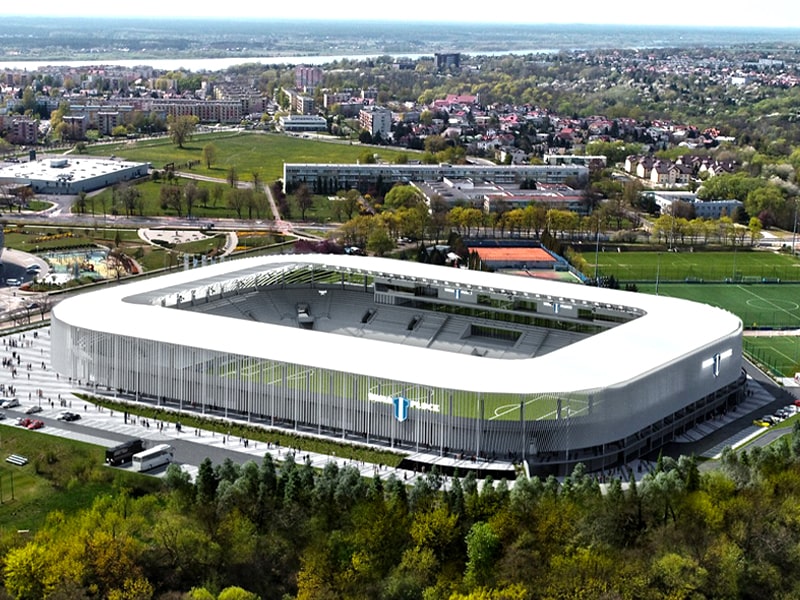 Plock in Poland is all set to get a 15,000-capacity venue. The city had dropped the year-long tender for the multi-use Kazimierz Gorski Stadium’s replacement. But, the city’s supreme disputes’ chamber – Krajowa Izba Odwoławcza – had overturned the decision recently.

The city has officially declared that it is now ready to sign on the dotted line. Construction giant Mirbud was the sole bidder to design and deliver the new stadium. It will get 36 months in hands to deliver the facility.

The Mirbud proposal envisages an arena with a single, continuous tier of seating for approximately 15,000 spectators. It is based loosely on the initial municipal concept by Bończa Studio. To facilitate fans to get a better overview of the field, the front row is raised.

What sets apart the stadium from others is that the blinds have been used in a very creative manner as outer cladding. Transitioning from one to the other behind goals, the blinds are vertical on the east and horizontal on the west façade. It is due to this openwork form that the stadium stays naturally ventilated from all sides, while offering some kind of cover from the elements both inside and on the concourses.

Visitors can made entry to the outer promenade around the stadium from ground level in the south. One has to use the stairs in the north, owing to natural land slope. But it is expected that majority of fans would make an entry through the southern access, where a large plaza is being planned.

Spread across four levels, the west side is the only grandstand to boast multifarious facilities. Two levels are dedicated to hospitality area – a large and semi-open business club and several private boxes above. The space for commentators’ boxes and command center for safety and security authorities are right on top of these rooms.

Subtle changes might be made to the concept depending on further negotiations between Płock and Mirbud. Still, a lot of details needs to be added to the design work and a clear picture have still not emerged as to whether the old stadium would be demolished during that period.

Complete reconstruction of the stadium is expected to be done in a phased manner and it might result in a football-only venue. Stands are expected to move to just 6 meters away from the field, or as close as regulations allow. 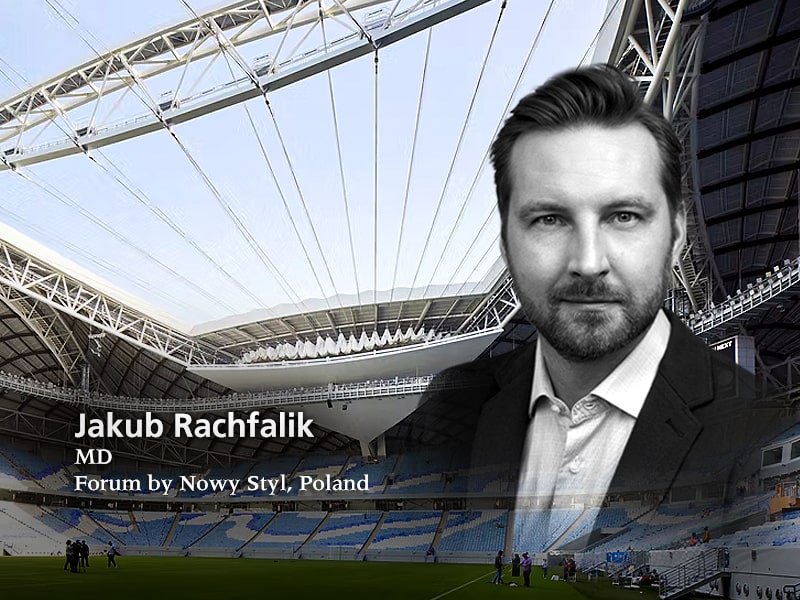 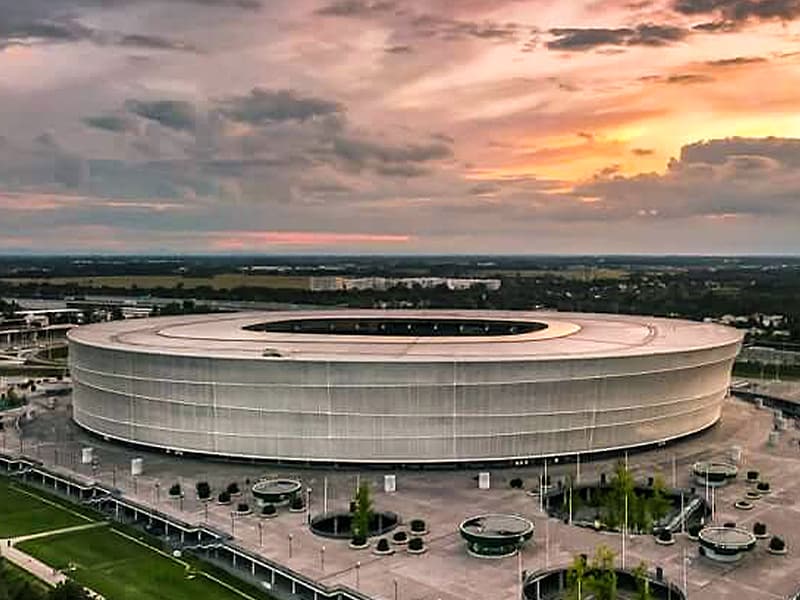 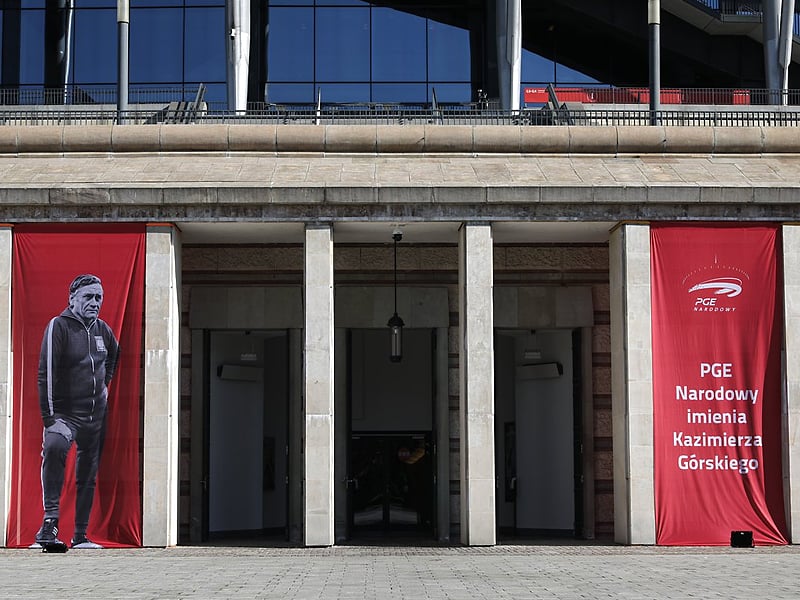