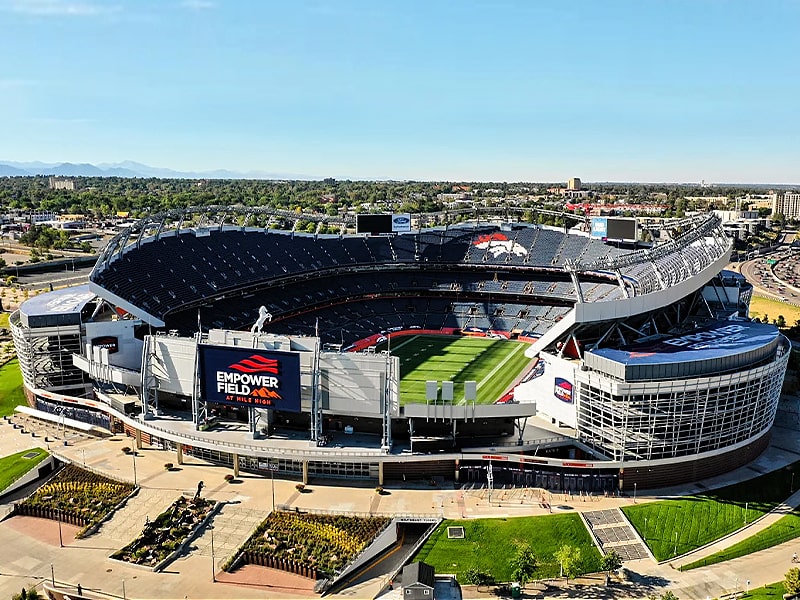 Nearly two months after the National Football League (NFL) team (US) Denver Broncos President and Chief Executive Officer (CEO) Joe Ellis announced the upcoming sale of the franchise, he said the team remains on track to be sold before the start of the 2022 regular season.

The ‘Denver Broncos’ quoted Ellis as telling a small group of reporters on March 28th at the National Football League’s Annual Meeting, “I really believe we can have a new owner in place by that time. Don’t hold me to that as a guarantee, but I do think that that’s a realistic timetable.”

Ellis first announced the sale of the team on February 1st.

The Denver Broncos are a professional American football franchise based in Denver (US). The Broncos compete in the National Football League as a member club of the league’s American Football Conference West division.

Though Ellis was not permitted to disclose the names of interested parties, he said that there’s “really a significant amount of interest” and “a number of very qualified buyers”.

Added Ellis, “I think it’s exciting for the fans. The team needs a new owner. It’s time for that. As I said, we should have that in place by the start of the regular season.”

Ellis said as the sale process continues, it is important to the other NFL owners to find a buyer that understands the importance of the Broncos to the Rocky Mountain region – “That process of interviewing, getting them to understand what the Broncos are all about, what being an NFL owner is all about … is important to the membership inside here at our meetings. I’ve had a few owners come up and say that, ‘We want a person that is going to be present and is going to be engaged and not be distant from his or her franchise.’ Be very visible, be very present and those type of characteristics I think are important. And they’re being relayed to the prospective bidders. The bidders all understand that.”

Ellis said several potential buyers have reached out to other NFL owners to ask questions about the league.

The ‘NFL’ further stated that while the process is not yet complete, the Broncos remain on track with their originally announced timeline.

The recent fire at Empower Field at Mile High left more damage than originally thought, and Ellis deemed the fire “a significant event”.

A portion of the Broncos’ stadium – including bowl seating and suite areas – were damaged during the fire, which occurred in an area of the stadium that was under construction. The Denver Fire Department responded to the situation and extinguished the flames, but Ellis saw firsthand the extensive damage in the aftermath.

Asserted Ellis, “At first glance, you would’ve thought it wasn’t really much of a big deal, and then after going down and seeing the damage, witnessing it in person, spending some time with fire inspectors and people from our stadium and the reclamation team that came in, it was a significant event. We lost a couple hundred seats, [12] suites were affected. It will be a real challenge to get those back up and available for the regular season, I think.”

Ellis said the stadium’s steel risers buckled from the heat, and global supply chain issues will impact the Broncos’ ability to replace those risers – “It will take some time to get those replaced.”

Ellis noted that the Broncos remain hopeful to have “things back to where they need to be” by the start of the regular season and said the team is moving “full speed ahead” toward upcoming events at Empower Field at Mile High.

The future of the Broncos’ stadium was also in focus at the NFL annual meeting, as Ellis called the team’s long-term stadium plans “The No. 1 decision the new owner will have to make. I will tell you this: There’s a tremendous real estate opportunity in the South end of the stadium, which has a masterplan that’s been, at one point, approved by the City to move forward and do a significant mixed development of office, retail, housing, possibly a hotel, maybe some small entertainment venue stuff – things along those lines – that can really bring some vibrancy to that area. I believe the stadium’s in good shape. … We believe there are some significant upgrades that need to be done and can be done to improve it, to keep up with many of the others around the league. Will it ever be SoFi [Stadium] or Allegiant [Stadium]? Probably not. So that’s something a new owner has to look at. But there’s all kinds of things that go into evaluating a new stadium … and the most important is, ‘How much is it going to cost and what my investment means in terms of return when I do that?’”

Added Ellis, “If you look at the cost of these stadiums now, we built, collectively with the Football Stadium District, Empower Field at Mile High for somewhere around $450-476 million. Add another $1.6 to $1.7 billion to that and maybe you’ll get a new stadium in Colorado. I think it’s a challenge.”

After a new owner is chosen, those plans could soon become a priority.

The head honcho concluded by stating, “[It’s] something you do have to look at right away if you’re a new owner, for sure. It’ll be very interesting. But I think from a big-picture business perspective that will be issue No. 1 on the next owner’s plate.”