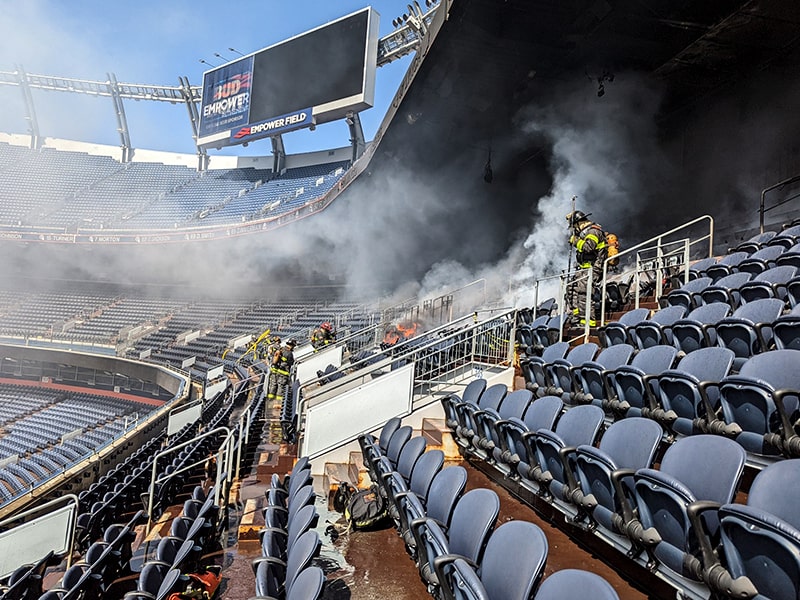 The fire that set several sections of third-level suites and seats ablaze at the Mile High Stadium in Denver, Colorado (US) on March 24th has been ruled as an accident by the Denver Fire Department.

The ‘SBNation’ stated that the Fire Department officials reported on March 26th that they have not found a cause of the fire but are continuing to investigate the fire that was reported about 2:15 p.m. MT on March 24th.

No one was injured in the fire, but about 100 people were in the stadium for various events/tours.

The ‘SBNation’ further stated that the Fire Department believes the blaze started in a fourth-level suite and spread to the third level, burning about 1,000 square feet of seating area between Sections 331 and 334, according to spokesman Greg Pixley.

Stadium officials had tweeted that the fire originated in a construction area near the East Club Lounge.

The investigation will also determine whether the damage impacted the structural safety of the stadium, Pixley said.

Since no one was injured, social media was allowed to imagine that the true cause of the fire was Raiders fans…or maybe the American football coach Pete Carroll.

The Denver Fire Department tweeted “A small fire that occurred in a construction zone near the East Club Lounge at the Empower Field at Mile High has been contained by @Denver_Fire. That area of the stadium was quickly evacuated as a precaution and there were no injuries sustained.”