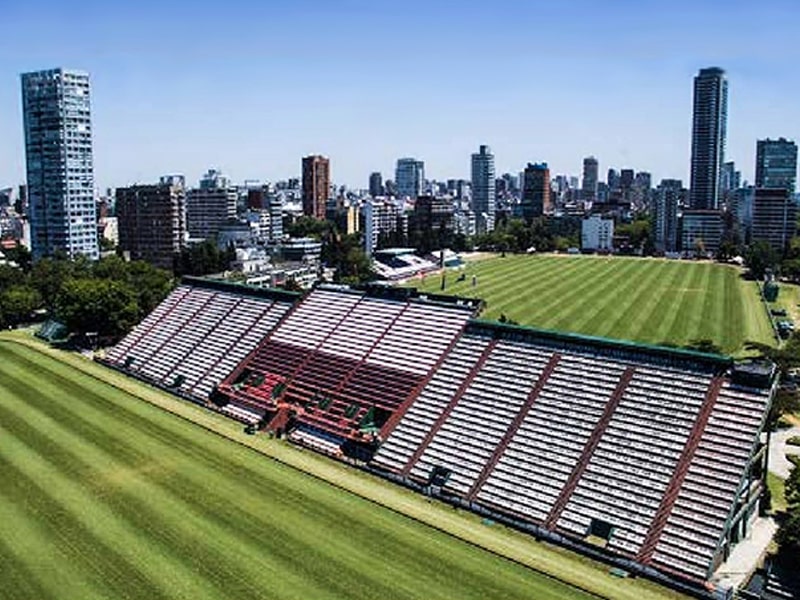 The Asociación Argentina de Polo (AAP) has roped in the services of US agency Chukkers to obtain the first-ever naming rights sponsor for the historic Campo Argentino de Polo.

The Argentine Polo Association is the guiding entity of the game of polo in Argentina. It is a non-profit association constituted on September 14, 1922 in Buenos Aires, Argentina.

A press release issued by Kyle Carmone, Managing Director, Chukkers, in this context stated that the Campo Argentino de Polo, an incredibly rare, valuable, historic and prestigious location, is the last stadium in Buenos Aires whose naming rights are still available. The stadium is the home to the Argentine Polo Open, the most important tournament in the world with a global ESPN audience.

The release further stated that it is not a “regional” polo tournament. Like Wimbledon, the Open has a global presence. Chukkers is hoping that the naming rights partner will use this partnership in their global marketing plans. The stadium is the best part of down town Buenos Aires, highly visible all year. It is a multipurpose stadium that hosts six to 10 concerts like Paul McCartney for 65,000+ per show.

The Chukkers release further stated that they are conducting the auction for the stadium naming rights for their client the Argentine Polo Association, who controls the stadium and the Open. The market will dictate the value of this 10-year deal.

The seating capacity of the multipurpose arena stands at 30,000 for the main stadium, 12,000 for the second field and 65,000 for concerts. Four large signs will be awarded to the winning bidder – above the seating on Fields No 1 and 2, at the entrance to the polo grounds and the parking entrance. The sponsor will enjoy exclusivity for the whole duration of the contract as there will not be any permanent signage from other commercial entities.

“Nobody woke up this morning with the idea that ‘I should buy the naming rights to a stadium in Buenos Aires’,” says Chukkers’ Managing Partner Kyle Carmone.

Carmone further puts in, “But what probably keeps them up at night is how to distinguish their marketing strategy in a sea of clutter. This branding opportunity is very attractive for a company to leverage its marketing efforts in Latin America and should fit seamlessly within a company’s global marketing strategy for the next 10 years and beyond.”

Chukkers, which have offices in New York and Buenos Aires, will do a detailed study of offers alongside AAP. Bids are being accepted through to December 11. The winning offer will be announced at the conclusion of this year’s Campeonato Abierto Argentino de Polo on December 14.

The Palermo venue stands on 500 meters of Libertador Avenue and 400 meters on Dorrego Avenue. This much sought-after site is a 49-acre urban paradise in the heart of the city. The Argentine Government is the owner of the park and the same is being run by the Asociación Argentina de Polo (AAP) since 1928.

This one of a kind site enjoys two full-sized polo fields in one of the plush neighborhoods in all of Argentina. In terms of beauty and location, it gives stiff competition to New York’s Central Park. World class acts such as Oasis, Jamiroquai, Carlos Santana, Shakira, Neil Young, R.E.M., Beck, Ricardo Arjona, Luciano Pavarotti, Luis Miguel, Ed Sheeran, Paul McCartney, The Pretenders and Phil Collins have made the Campo a Mecca for music.

Apart from being in touch with the spectators at the venue during the duration of the Open, the owner of the naming rights will benefit from the international broadcasts – ESPN has been the broadcast partner since 1991; the 126th Argentine Championship will be beamed by ESPN; over a span of four weekends, all 21 matches translate into 61 hours of live coverage; the Open will be broadcast live on two platforms: TV and streaming; the Global ESPN boasts audience figure of 24 + million; and Eurosport will air ‘The Polo Show’.

Not only will the naming sponsor benefit from broadcast TV, but also from print, web, social media and streaming coverage, all of which enjoys huge reach. The digital footprint of not only the Open but also all of the other events combines into an enormous number.

The Campo de Polo is a destination par excellence that opens floodgate of opportunities for the naming sponsor and increases trust in their brand. The stadium sponsor will not only benefit from year-long benefits, but also through exposure from the Open, concerts and other events, and also from permanent signage.

The following outlets will help the brand to collect audience impressions 365 days a year: The entire audience of the Open through the gate, broadcast TV and streaming; an average audience of 50,000 will grace each event with a minimum of six to 10 international music shows per year; drive-by impressions on two of the busiest avenues in Buenos Aires; private vehicles: 7,000 per hour by Libertador Avenue. The corner of Libertador Avenue and Dorrego Avenue is one of the busiest corners in the city; and public buses: Forty bus lines ply over Libertador Avenue.