CFP go from strength to strength 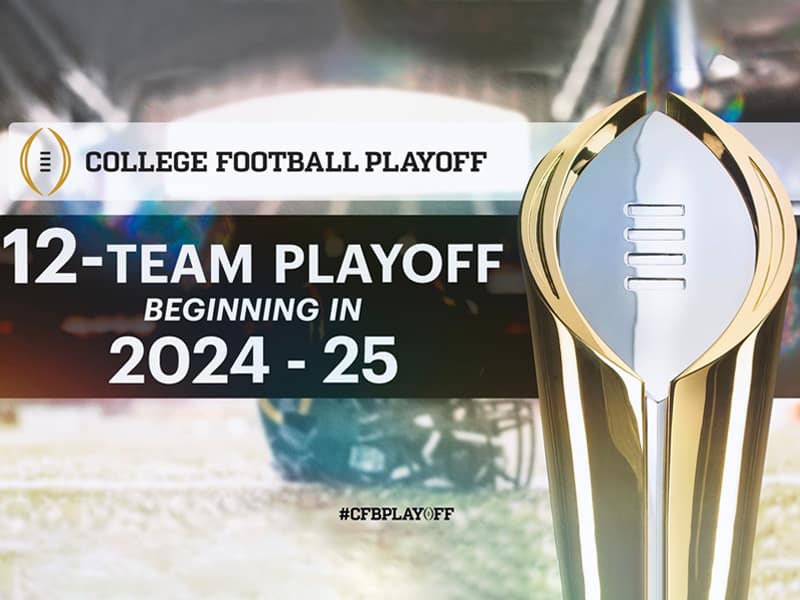 Members of the College Football Playoff (CFP) (US) Board of Managers have agreed to begin the newly-expanded 12-team playoff during the 2024-2025 seasons.

‘College Football Playoff’ quoted Bill Hancock, Executive Director of College Football Playoff, as stating, “We’re delighted to be moving forward. When the Board expanded the playoff beginning in 2026 and asked the CFP Management Committee to examine the feasibility of starting the new format earlier, the Management Committee went right to work. More teams and more access mean more excitement for fans, alumni, students and student-athletes. We appreciate the leaders of the six bowl games and the two future national championship game Host Cities for their cooperation. Everyone realized that this change is in the best interest of college football and pulled together to make it happen.”

The College Football Playoff (CFP) is an annual postseason knockout invitational tournament to determine a national champion for the National Collegiate Athletic Association (NCAA) Division I Football Bowl Subdivision, the highest level of college football competition in the United States.

‘College Football Playoff’ further stated that the first round of the playoff in 2024 will take place the week ending Saturday, December 21st, at either the home field of the higher-seeded team or at another site designated by the higher-seeded institution. (No. 12 at No. 5, No. 11 at No. 6, No. 10 at No. 7, and No. 9 at No. 8.) The specific game dates, likely late in that week, will be announced later.

Added Hancock, “On behalf of the Management Committee and the Board of Managers, this is thrilling. It’s been a long process, but we are pleased that more teams and more students will have the opportunity to compete for the national championship beginning in the 2024 season. A new era of college football is about to begin. I look forward to it.”

Maintained Mark Keenum, President of Mississippi State University and Chairman of the CFP Board of Managers, “This is a great day for college football. I’m glad we are able to follow through and launch the expanded playoff early. It’s very exciting for schools, alumni and everyone involved.”