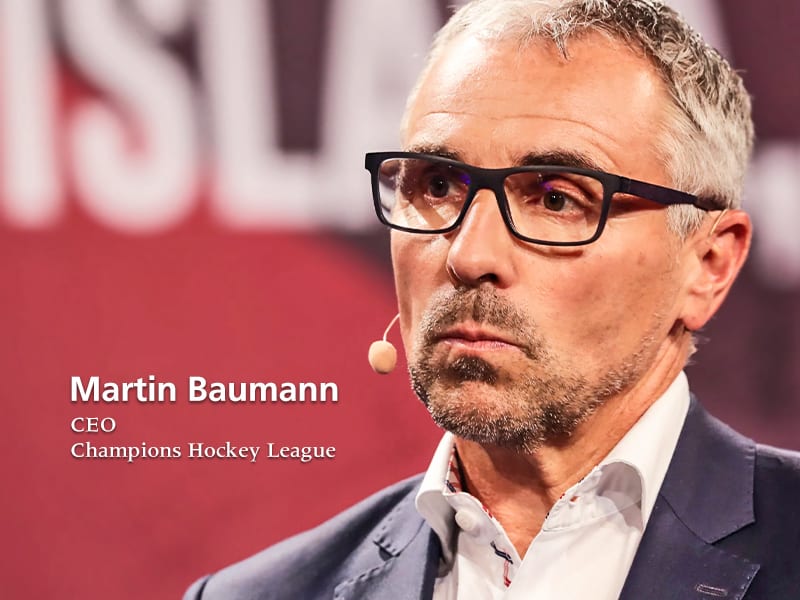 The Champions Hockey League (CHL) Board decided to cancel the 2020-21 CHL season on Tuesday as their head honcho Martin Baumann said with a heavy heart that they had to take the “unavoidable” step.

The CHL Board took the final decision at an extraordinary video conference on Tuesday. Baumann informed that many “discussions and evaluations with involved parties took place before taking all available facts and forecasts into consideration”.

The Champions Hockey League is a European ice hockey tournament. Launched in the 2014-15 season by 26 clubs, 6 leagues and the International Ice Hockey Federation, the tournament features top teams from the first-tier leagues of countries across Europe.

With COVID-19 resurfacing in Europe and infections rising by the day, the CHL Board decided to take the above decision.

Baumann told mediapersons that the last couple of weeks and months have been a rollercoaster ride – “We were working hard, together with our media and marketing partner Infront and the participating clubs, to make a pan-European club competition happen this season despite difficult circumstances. In this process, ups and downs were chasing each other quite rapidly and forecasting was very difficult.”

The Champions Hockey League is a pan-European competition with 32 teams from 12 countries involved. The top official explained that the international nature of CHL adds an extra layer of complexity to the problems which ice hockey leagues are already facing – “Travel restrictions between participating countries were a big issue and even if many of them could have been potentially solved by receiving special permits from authorities, a lot of uncertainty and risks remained – especially as the COVID-19 situation across Europe is currently worsening from day to day.”

The Chief Executive Officer (CEO) informed mediapersons that the decision was not taken earlier or later because it was obvious that the CHL with its international approach will struggle if the COVID-19 situation did not improve fast enough during summer – “That’s why back in April we already took the proactive decision to postpone the start of the season by a month, skip the Group Stage and run a knock-out competition only. At the beginning of September, we realized that we needed some more time to solve issues with travel restrictions and decided to postpone the season’s start date by another month; a decision which also helped the participating clubs as they were able to hold off with booking their away trips. Now, a couple of weeks later, it became quite evident that the coronavirus situation has developed in a way that playing a 2020-21 CHL season bears too many risks, unfortunately.”

The amount of match-ups affected due to travel restrictions changed quite frequently as European countries update their lists entirely independently and all based on different systems. As Baumann puts it, “There were times where we had 12 out of our 16 Round of 32 match-ups affected by travel restrictions between countries – which in some cases meant restrictions about traveling abroad, in other cases there were restrictions when returning back home, or sometimes even both ways. However, we probably would have been able to solve many of those issues as sport teams can benefit from business-related travel rules in several countries. But, it is difficult to get written confirmation of this, which means the travel situation bears uncertainty and risks. And of course, not only potential entry and return travel restrictions were a concern, but also the health of our teams while travelling.”

The top executive pointed out that despite stringent COVID-19 rules in place, one cannot stop coronavirus from spreading – “CHL, our participating national leagues and our participating clubs all have sophisticated protection concepts in place. However, these concepts can only reduce the risk, not prevent COVID-19 spreading. Again, the CHL with its international approach and additional layer of complexity adds to the problems which ice hockey leagues and clubs are already facing. International travel especially bears a risk.”

Baumann further explained why teams from other sports can travel but not ice hockey – “First of all, it is important to say that other sports, especially football, are in an economic situation where their teams can often afford to charter planes for international games where they travel in an isolated environment. Unfortunately, ice hockey is not yet in this position, at least not every club from every country. Furthermore, it’s worth remembering that international competitions in other sports have had already issues with games that were canceled because of positive COVID-19 cases and teams being quarantined. It is difficult to handle such situations from both a sporting and a credibility perspective, which was of course also factored into our decision.”

Baumann justified why CHL has not changed to a bubble concept – “A bubble as the National Hockey League (NHL) had installed for their playoffs is a great concept to offer teams a safe environment. However, for our competition it is unfortunately not an option as our teams play in their domestic leagues in parallel to the CHL, and our game days are fixed in the international calendar. National leagues, national teams and the CHL have clear agreements on game days and there is no way to move the 32 teams to a bubble for a certain time to just play the CHL. Besides that, the cost for such a bubble concept is enormous.”

He further informed that the CHL did have an alternative plan to play a competition with the best eight teams only – “But as such a Top 8 competition would require travel as well, we came to the conclusion that it is not feasible either. Additionally, a reduced CHL competition would not live up to its name from a sporting perspective, and it would be a challenge from an economic one.”

Fans who have bought a ticket to a CHL game must get in touch with the home club in order to receive further information. The CEO informed, “First of all, as there is no 2020-21 CHL season being played, no 2020-21 CHL Champion will be crowned. As we have signed a long-term contract with our marketing and media partner until 2027-28 and have a healthy financial structure, in hockey terms we expect to come through this with just some minor bruising. But of course, we must now first analyze the situation internally in more detail and find out how to overcome this difficult time. Fingers crossed, that ice hockey, the economy and the whole world gets back to normal life in Spring 2021!”

As the CHL season stands canceled, the commercial contracts for the 2020-21 seasons will become void as the CHL is not delivering the product as agreed. The head honcho stated that this is a harsh blow not only for their operations but also from the point of view that they would have been able to pay out more than 3 million Euros in prize money to the clubs for the first time had the COVID-19 pandemic not occurred – “The CHL is a public company (Ltd; “Aktiengesellschaft/AG”) registered in Zug under Swiss Law and therefore owned by shareholders. As mentioned before, we are in a good situation and have a healthy financial structure. This will help us to get through this difficult time.”

As the CHL is a pan-European competition, the company is not eligible to get funds from the Swiss Government. Fortunately, the CHL boasts good financial health and will not be in dire straits.

Baumann informed that CHL has a long-term contract with the media and marketing partner Infront until 2027-28 – “As of today, I’m convinced that we’ll be back in 2021-22 better than ever. But of course, no one can tell what COVID-19 brings. The pandemic is beyond our control, this is a fact we unfortunately must accept.”

« Previous News: Valencia expands footprint with Seoul center
» Next News: It will be all sprint n speed at Belgium Spa